Turn over a full bottle, why does it pour?

Why does a full bottle leak when you turn it over?

Idea: Let's assume there is a full bottle which is not open, yet. You turn it over such that the opening points towards center of the earth. Now you open it. Will it pour? It will, but why? In the first instance I thought it wouldn't as you could create a vacuum inside the bottle but this, in return, would retain the liquid. Is this assumption, in theory, correct? Would nature always try to avoid creating a vacuum "out of the blue"? Is it an interaction between gravitational force and "vacuum force" (what is the counter force here?)? 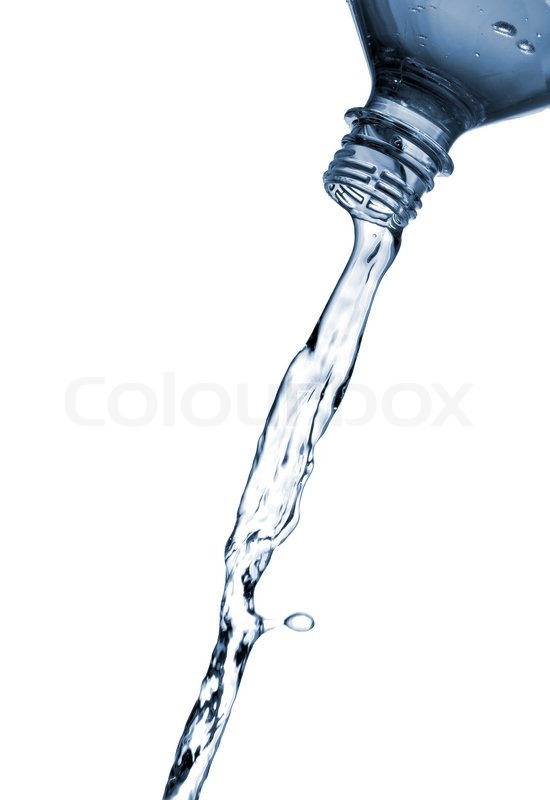 Despite from that, I think, the reason why the liquid finally pours out of the bottle is due to turbulence flows which make it possible that air can enter the bottle and rise up through the liquid to be being stored at the highest point inside the bottle. Correct?

After I finished this question I finally got a related question highlighted: How to pour water from a bottle as fast as possible? which seems to confirm my thoughts at least in regard to the pouring. But what about the vacuum itself? Is it possible to create a vacuum when turning over a bottle? If not, why not? Will it ever be prevented, disregarding any "circumstances" like mass and volume of the liquid/bottle and so on?

The inbetween case is slug flow, in which the departing liquid and incoming air take turns occupying the bottle neck.

Your ideas are not too far off the mark, the reason for the liquid falling when flipped over has to do with instabilities of the interface between the liquid and air. This interface is unstable and will eventually form droplets which will allow the fluid to fall down and air bubbles to rise up.

However, with the right driving frequency, you can stop this instability from forming and therefore keep the liquid from falling down. If you could put a ship on this interface you find that you get reversed buoyancy where the ship floats upside down (see the gif video below). This idea is shown nicely in this recent Nature publication neatly summarized in the video below

The actual Nature publication the video is based on is by Apffel et al.

Not the answer you're looking for? Browse other questions tagged fluid-dynamics newtonian-gravity vacuum flow or ask your own question.

16
How to pour water from a bottle as fast as possible?

4
Autocorrelation of sound in liquids vs gas
6
Fluid Dynamics - Water Bottle Drink Mix: Air or No Air?
2
Is it possible to create a vacuum ballon using concentric partially pressured spheres?
0
can ice crystals be molded into a structural shape in space
4
Atmospheric pressure changes on plastic bottle containing a liquid
4
How do "pouring spouts" prevent liquid from escaping through the air intake?
3
When you fill a bottle with water then liquid nitrogen then turn it upside down, why does it blast off at high speed?
1
Can you separate a 'flattened balloon' in a vacuum?
7
Why did water not drip form this small bottle?