When I think of a light beam, what first comes to mind is this: 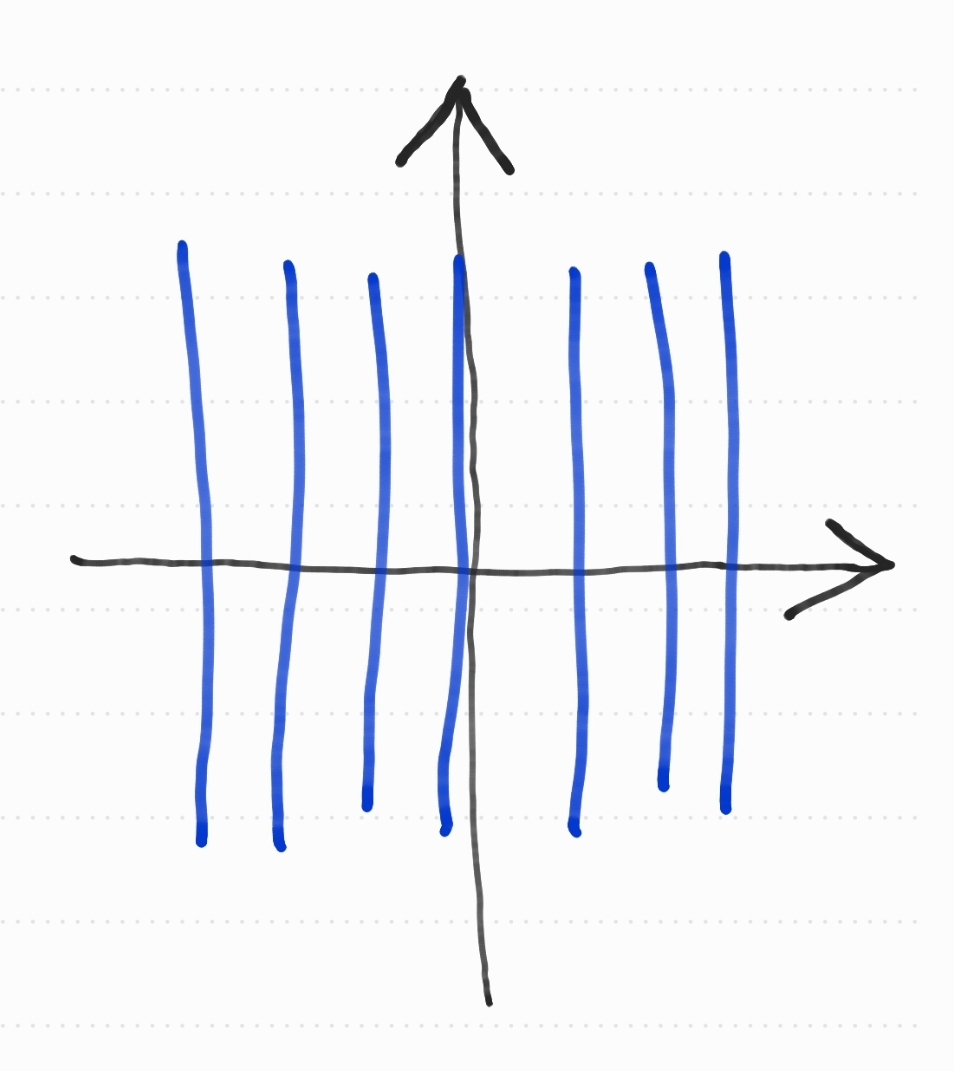 Black lines are axes (both spatial axes, at a snapshot in time), and blue lines represent the surfaces of constant phase of a plane wave traveling along the horizontal axis.

My question is, what do those components look like?

Is the below an example? 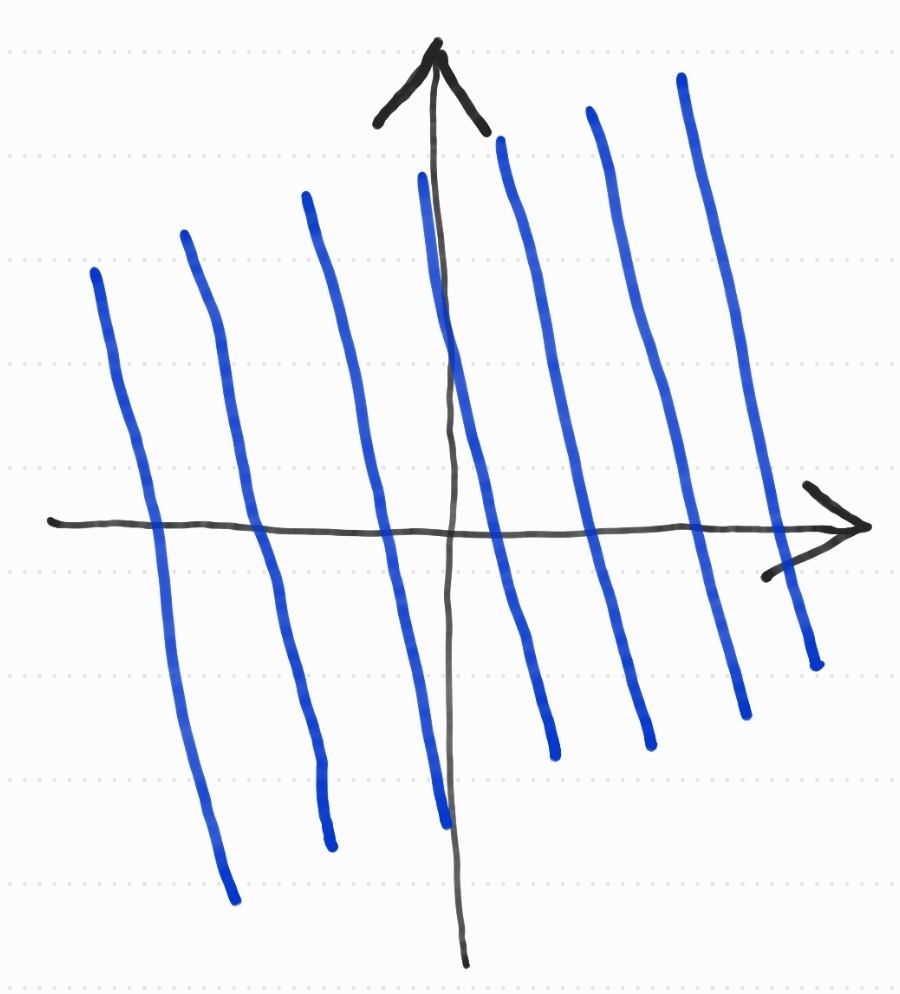 If I put such a plane wave through a lens, it gets focused to a different spot in the lens's Fourier plane, leading me to believe that this is the right idea.

Are there other ways to make a plane wave with nonzero spatial frequency aside from just "tilting" the beam?

EDITS: To clarify what I meant by "spatial frequency" as well as the axes on my drawings, and to hone in on my exact question.

Answers to your question:

I assume your first drawing is for a specific time t, as in a photograph, and it is showing spatial variation. Spatial frequency is a measure of how often a particular feature of the wave repeats per unit distance. A plane wave in the positive x-direction such as in your first drawing has a kx term, e.g. in a sin function, where $k = 2\pi/L$ where L is the wavelength and its reciprocal is the spatial frequency.

More generally, for a wave not in the x-direction, kx is replaced by the dot product of the vector k with the position vector r. The magnitude of k again leads to the spatial frequency using the above equation.

To answer the title:

It is the wave packet solution:

one can construct a wave packet solution as a sum of traveling waves:

Not the answer you're looking for? Browse other questions tagged optics waves electromagnetic-radiation fourier-transform plane-wave or ask your own question.

1
Polarization of light
9
Wouldn't any structured beam of light be expected to travel slower than a plane wave?
3
Is a Gaussian beam the outcome of the Fresnel diffraction of a Gaussian distribution?
2
Are all electromagnetic waves transverse in free space?
3
Bending of laser beam wavefront
1
What happens to the $E$ and $B$ fields at the edge of a laser beam?
0
Sending elliptically polarised beams into a reversed beam splitter
2
Does an electromagnetic wave have any spatial extent transverse to its direction of propagation?
0
Amplitude/Magnitude of waves in a beam