Understanding the difference between classical ensembles and quantum ensemble

I had a question about the differences between a quantum state and a classical microstate.

Let's say we have an NVE ensemble, and we are trying to predict some property P of our ensemble. In our methods, we say that each microstate in out ensemble has some canonical coordinates $(\mathbf{r}^N, \mathbf{p}^N)$. The number of microstates in our ensembles is equal to $\Omega(N,V,E)$, and according to the a priori probability principle, the probability of each of these ensembles is $p=1/\Omega$.

Now I have a quantum microcanonical ensemble, and I want to enumerate a macroscopic property P of my system. These are the notes that I was given: 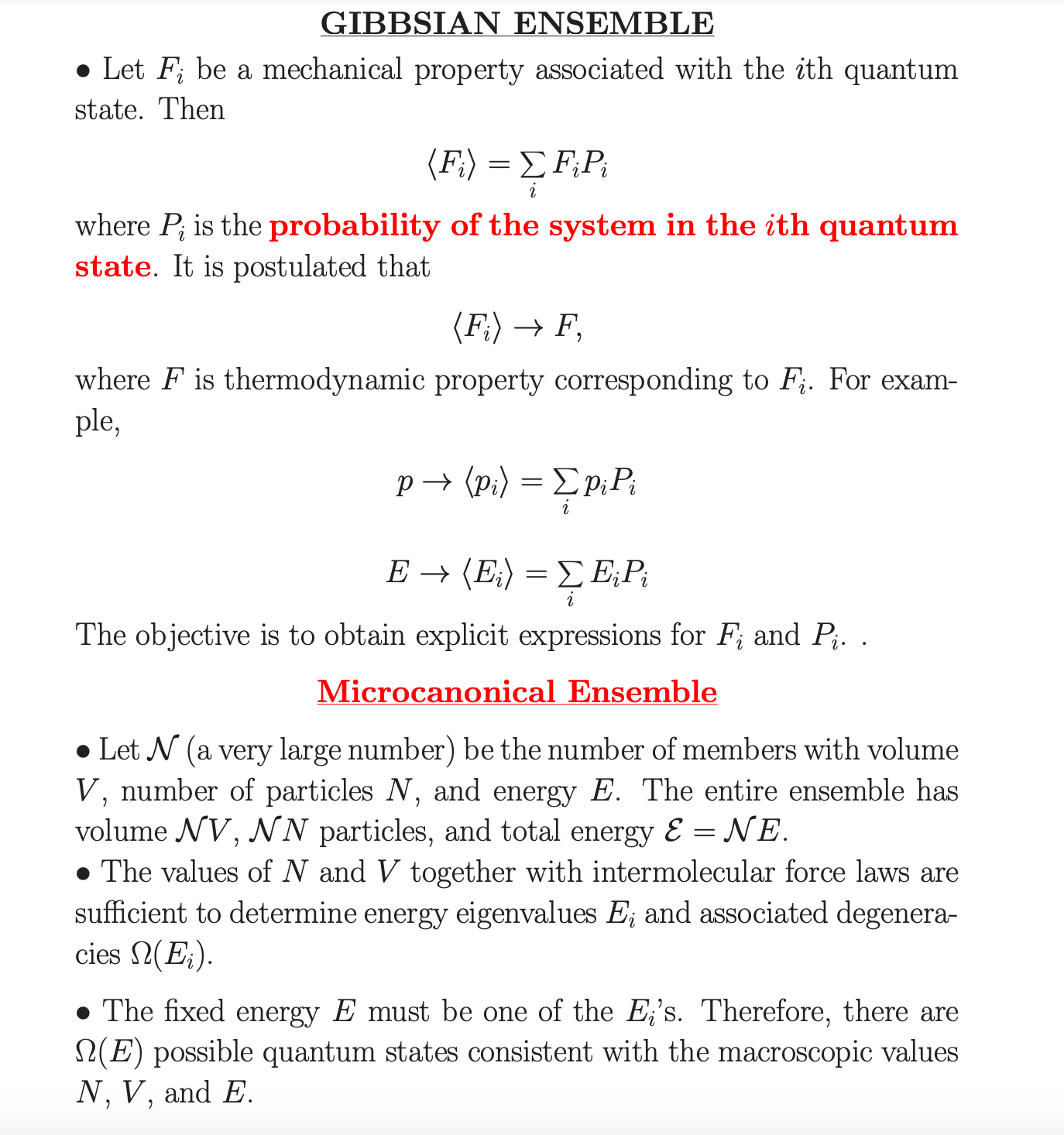 This notation seems a bit confusing to me and I would recommend reading a different text on the topic.

However, in the terms that you present, $\Omega(N,V,E)$ is the number of different (non-repeated) microstates compatible with the macrostate $(N,V,E)$. This is different from $\mathcal{N}$, which is the random collection of microstates compatibles with $(N,V,E)$. Think on an extreme example: you are interested in a macrostate $(N,V,E)$ which only have one compatible microstate, say $x$, then $P(x)=1\rightarrow\Omega=1$. However, the collection (or ensemble) of states have still $\mathcal{N}$ elements, in particular, these elements are all copies of the state $x$.

I don't understand the relationship between your doubt about $\mathcal{N}$ and the differences in quantum and classical states. Briefly, the statistics differ because of the intrinsic random nature of a quantum state (ket). While in classical systems the source of randomness is just due to the degeneracy of microstates compatible with a macrostate, a quantum microstate has also a stochastic nature that requires a different formalism (E.g. density matrix).

Not the answer you're looking for? Browse other questions tagged quantum-mechanics statistical-mechanics or ask your own question.