How much can water compress air?

So I was thinking of using a barometric sensor to measure the compression of air in a tube in order to measure water level in a tank (Basic diagram below). 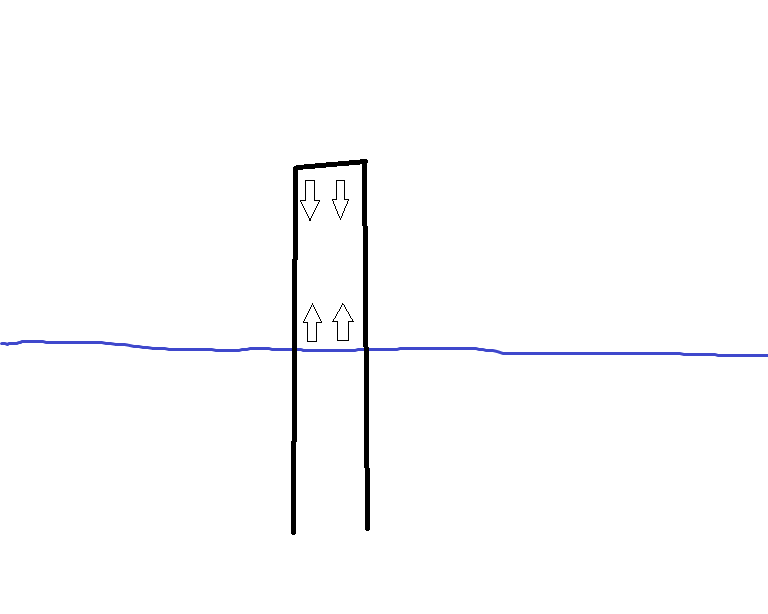 So lets assume that the tube is halfway in the water, so $ \frac{h_i}{h_f} = 2 $, which means that $ P_f = 2P_i $. Does this mean that the water applies ~200kpa (2x mean sea level atmospheric pressure) of pressure on the air? And obviously we can't compress the air to infinity or even to extreme levels (otherwise expensive air compressors would never have been needed) just by forcing the tube below the water - so whats the limit on how much force (or pressure) water can apply on air in such an environment?

There is a better way to measure water level. Run a tube to the bottom of the water tank that you want to measure the level of. Put a pressure sensor at the top of the tube. Run a slow flow rate of air into the tube. The pressure required to force air out the bottom of the tube is directly related to the depth of water that the air is forced to go through, and that measured pressure follows the equation $P=\rho g h$. The density of fresh water is 1000 $kg/m^3$, so the only unknown in the pressure equation is $h$, which is the height of the water that the air is bubbling through.

Not the answer you're looking for? Browse other questions tagged fluid-dynamics pressure water air or ask your own question.

1
How is energy transferred from one incompressible fluid to another?
1
Does the termination point(level) influence water flow from a pipe
8
How do simple bird waterers work?
6
How does water pressure manifest itself on the molecular level?
0
The water in the tank are pressurized to 50- 100 PSI? but water cannot be compressed
2
Modeling water flow between two tanks
2
When the barometer drops, my well level seems to rise - how?
0
Differential pressure sensor applications
0
Hydrostatic pressure to measure water level
3
Air pressure dependence on temperature