Is my understanding of how a force is applied through a string correct?

Let there be a situation where a force 'F' is acting on one end of an in extensible string which is connected to a box named 'A' resting on a friction less horizontal surface through the other end. 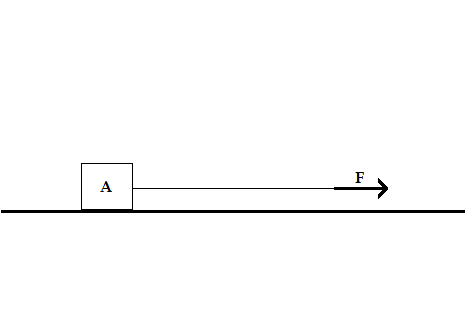 The Force F is transmitted through the string and acts on box 'A'. As a reaction to this box 'A' pulls the string toward itself with force 'F'. 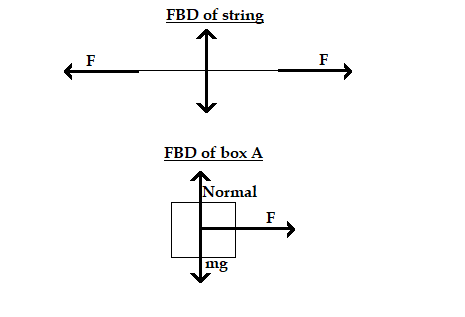 This keeps repeating itself.

Is this how it works or there something wrong?

As the box starts to accelerate, for a very small moment there is slack in the string which makes the tension force 0 for a brief moment.

There is a mistake in modeling the system. Indeed, the string is not a rigid body and you can't use the rigid body equations of motion and to be expecting that they will work. You consider, for example, in place of the string, a rigid thin (metallic) rod. In this case, you can consider the box and the rod as a unique rigid body on which the only acting force on x direction is the one you have drawn in your fist picture. So the whole body moves with a constant acceleration on x direction. While, how I said, if you want to consider the string, you have to use proper equations that take into account the physical properties of the string and which will lead to a realistic result.

9
Understanding tension
2
Can we define tension in a string as the reactive force produced in a string being pulled at both ends?
0
What is the direction of Tension Force in a rope pulled at its two ends with equal forces?
2
A block connected to a string is kept on a rough surface. If an external force is applied, which force would counteract first- tension or friction?