Because of the spacetime foam, we can't calculate a complete string, we can only calculate parts or ends, right? [closed]

What is the relationship between the vibration of the string and the uncertainty of space-time.Not seeing the string, but when doing calculations, some parts of the string are affected by spacetime foam and cannot be expressed It’s a bit like a dragon with a head and tail but no middle part 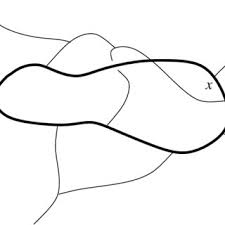 Lets start at the beginning:

In physics, string theory is a theoretical framework in which the point-like particles of particle physics are replaced by one-dimensional objects called strings. String theory describes how these strings propagate through space and interact with each other. On distance scales larger than the string scale, a string looks just like an ordinary particle, with its mass, charge, and other properties determined by the vibrational state of the string. In string theory, one of the many vibrational states of the string corresponds to the graviton, a quantum mechanical particle that carries gravitational force. Thus string theory is a theory of quantum gravity.

Note the On distance scales larger than the string scale, a string looks just like an ordinary particle, with its mass, charge, and other properties determined by the vibrational state of the string.

So you are asking about a quantized string in very small space dimensions. The Heisnberg uncertainty principle, in all its forms is an envelope of the deeper mathematical understanding of particle interactions with quantum field theory, and mathematically appears in the commutation relations of the operators.

String theory is a quantum mechanical (QM) theory, and leads to the possibility of quantizing gravity. In QM the position and time a particle interacts, even if described as a string,is not deterministic, so it does not make sense to be talking of"seeing a complete string" , there is a ** QM probability of** seeing a particle , (or its string manifestation) if dimensions are small enough. What is deterministic in the caclulations of the probability, and that requires many measurements of particles with the exact same boundary conditions.

I think the length of the string is an intrinsic property, the quantum dynamical effects of the specific uncertainty principle might be seen as a width in the masses of elementary particles at a level of accuracy not reached at present , where their masses are considered intrinsic.

Not the answer you're looking for? Browse other questions tagged string-theory spacetime-dimensions vibrations or ask your own question.

4
Black Hole Singularity and String Theory
4
What makes the strings (or $p$-branes) that occur in string theory vibrate?
1
Is it possible to test the physical reality of extra dimensions predicted by string theory?
8
How does a guitar work?
1
Travel and locate extra dimensions