Which path does light take through a lens? 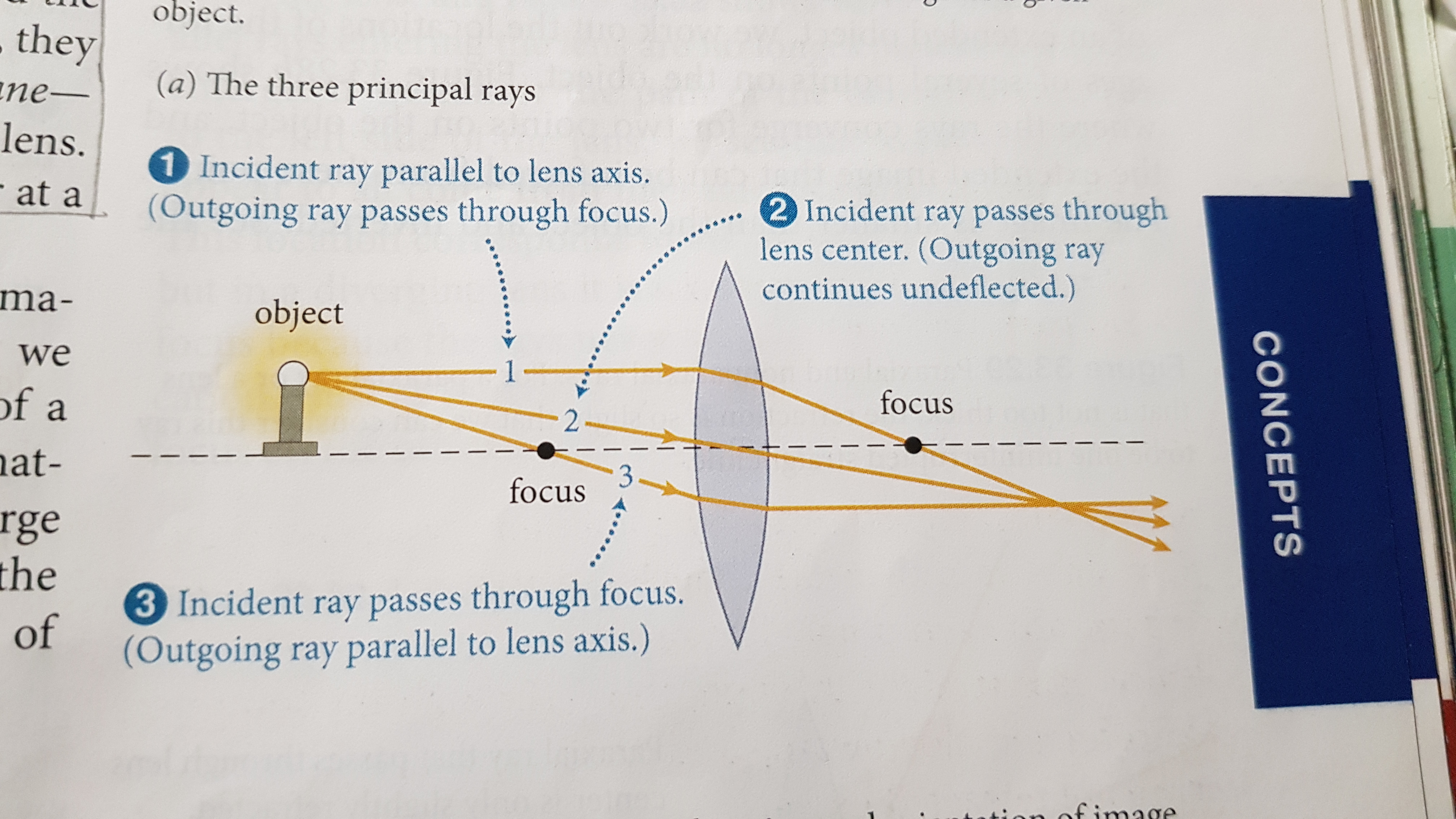 I have drawn in where i would expect to see the image coming from in this image here and this leads me to believe that if I placed my eye where the image is said to be formed i should somehow be seeing double? 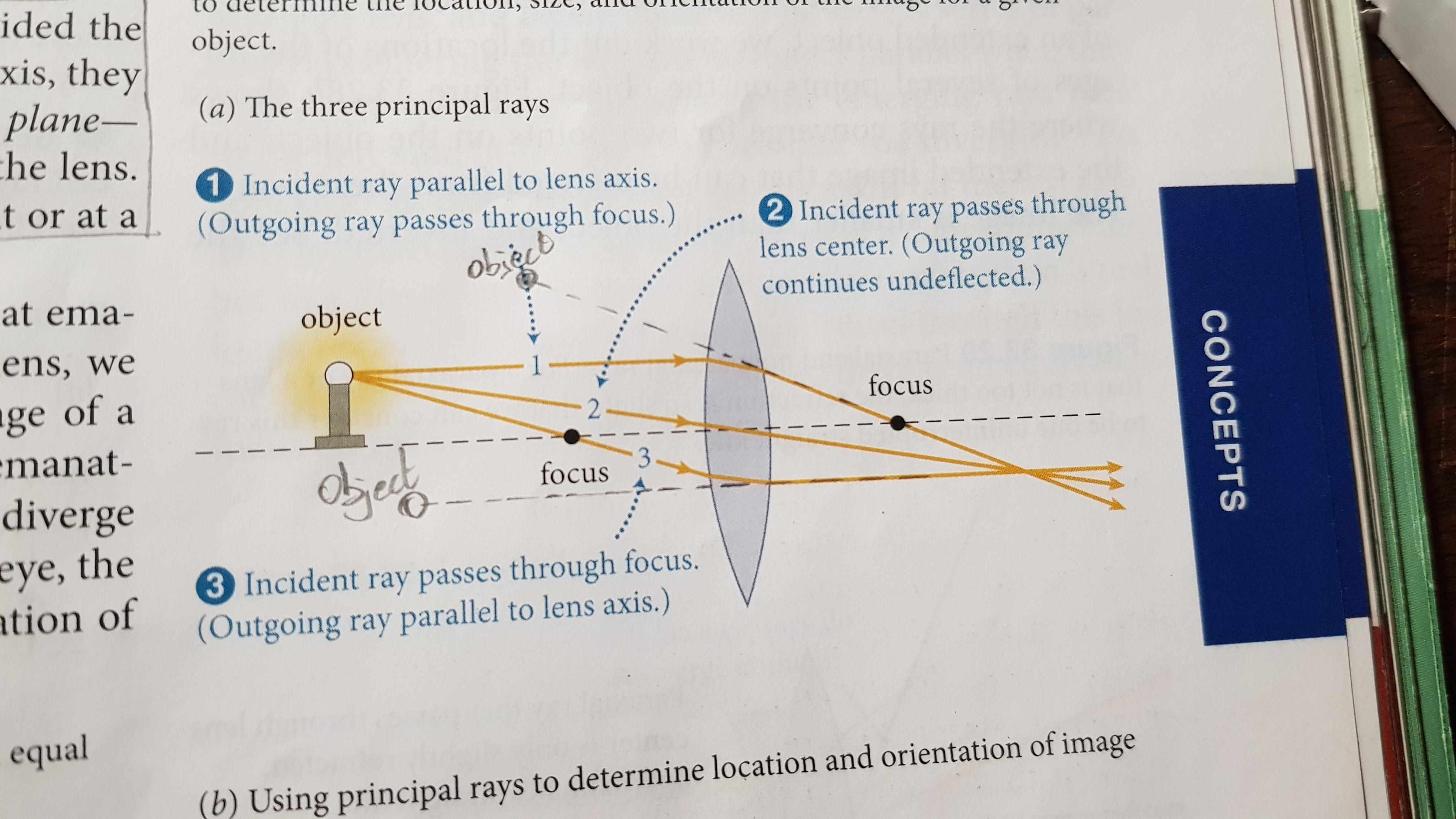 Any help on this would be most appreciated!

I am afraid that you have misinterpreted the ray diagrams which are there to show you the position and nature of the real image formed by the lens.

In reality there are many more rays which produce the image as shown in the diagram below and described in my answer to the question, Why do you need at least two rays to form an image?. 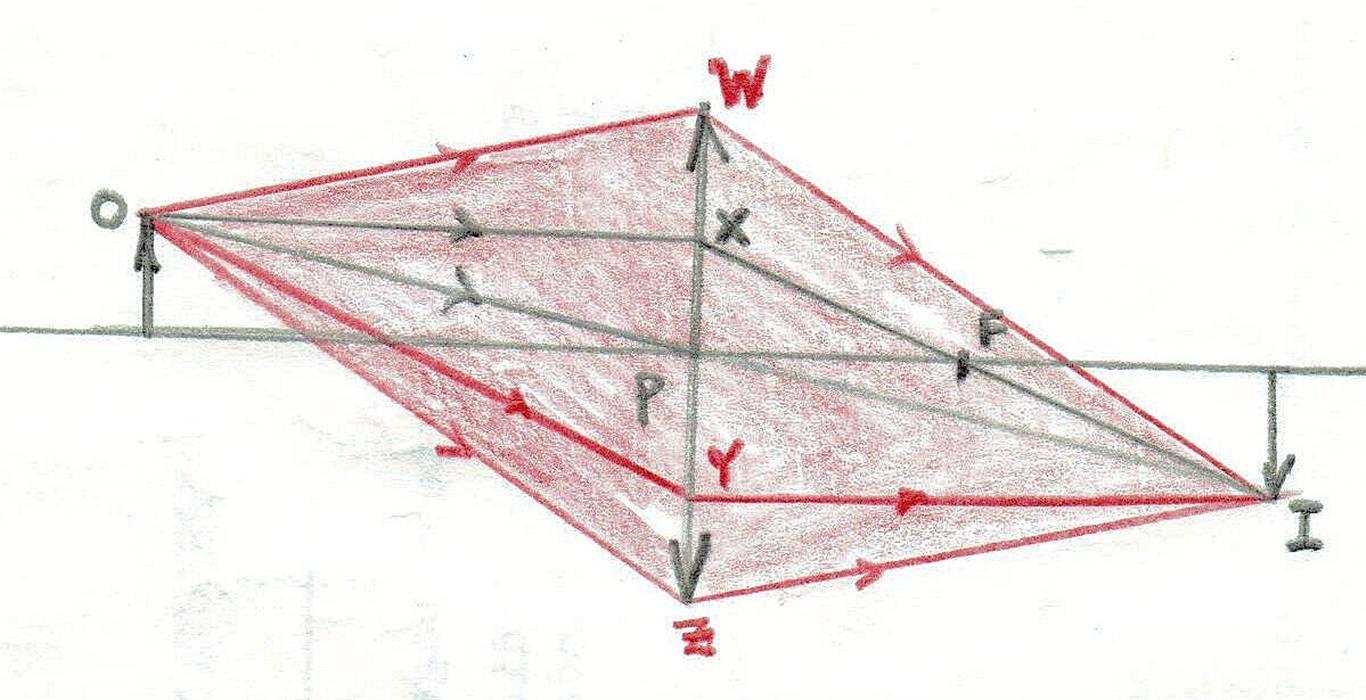 . . . . . if i place my eye where the image is said to be forming . . . . .
you will not see an image rather you will experience the result of bright? light entering you eye.

You need to consider the diverging rays carrying on past the image and entering the eye.

After refraction by the optical system of the eye a real image of the intermediate real image formed by the lens is formed on the retina of the eye.

Fianlly you may care to read my answer to the post, Real images and their formation, which tries to explain the formation of a real image.

if i place my eye where the image is said to be forming will I see light coming from the top ray, the middle ray or the bottom ray?

All of them, and all the other rays in between that aren't shown in the diagram.

And the fact that all of them end up in the same place on your retina is why you see a clear image of the object.

Your eye can't tell what angle the light that strikes the retina came from. It can only tell which parts of the retina are struck by more or less light of different colors.

Not the answer you're looking for? Browse other questions tagged optics visible-light electromagnetic-radiation geometric-optics lenses or ask your own question.

7
Real images and their formation
4
Why do you need at least two rays to form an image?

0
Seeing the image as explained by Geometrical optics?
0
Highly diminished image of an object placed at infinity
1
Does the position of the final image in a multiple lens system found by the thin lens formula always agree with the ray diagrams?
1
Can we see through the central obstruction of a lens?
4
Why do we see a blurred image when the screen is not placed at the position where the image is formed by a convex lens?
0
How does a convex lens produce an image at a distance?
1
First and second focus of a convex lens
0
Can we see the image of inside of our eye, in front of the eye?