Why does the loop expand?

My textbook had an example question:
"A loop of irregular shape carrying current is located in an external magnetic field. If the wire is flexible, why does it change to a circular shape?"
And the answer reads:
"It assumes a circular shape with its plane normal to the field to maximize the flux since, for a given perimeter, a circle encloses greater area than any other shape."

But I am unable to understand why the loop would try to maximize the flux. Also in some orientations (imagine the loop is present in the y-z plane and the current is flowing in the clockwise direction and the magnetic field is along the positive x-axis), the force is in fact towards the center of the loop. Then should it not collapse?

Imagine the "coil is totally free" to move on a flat surface the plane of which is perpendicular to the external magnetic field.

The torque and forces acting on the coil will make the coil orientate itself so that the magnetic field that is produced inside the coil is in the same direction as the external magnetic field as this is the lowest potential energy state.

The "plane" of the coil is now at right angles to the external magnetic field and so the forces on the coil will be outwards.

These forces will thus make the coil form a circle to reach a stable equilibrium state with the net force and the net torque on the coil both zero.

Now coming to your second question: If the coil found itself with its magnetic field in the opposite direction to the external magnetic field and was unable to flip over then the forces would be inwards and the coil would collapse in on itself as this would be a minimum potential energy state for this configuration. 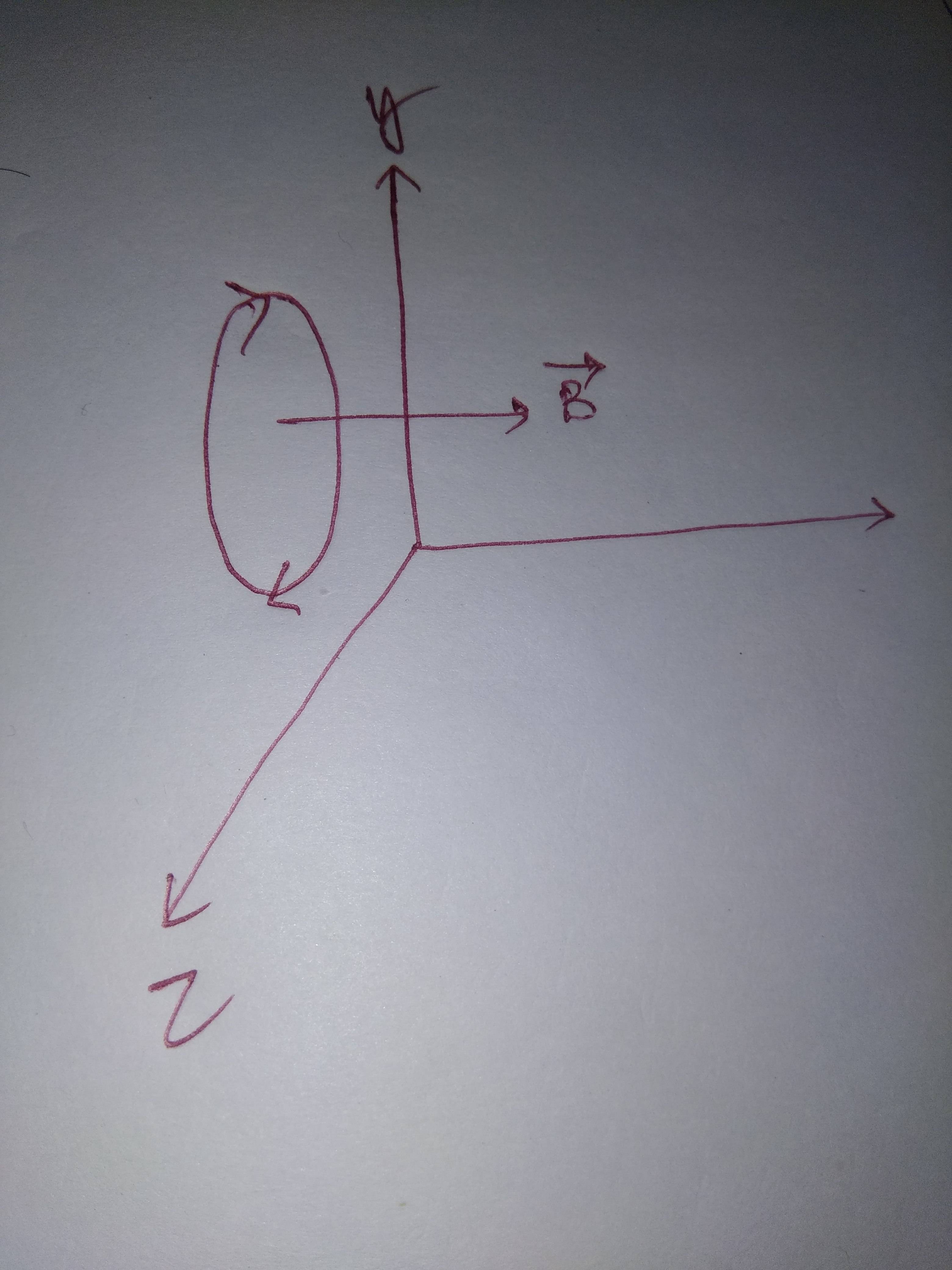 In the above figure, if the loop is not allowed to flip, it will in fact collapse to attain the minimum potential energy in this situation.

Not the answer you're looking for? Browse other questions tagged magnetic-moment or ask your own question.

1
Why toroid has no magnetic pole?
5
Intuition on Magnetic Dipoles and Magnetic Moment
0
Magnet going through a current carrying loop
0
Why are there sine and cosine in the magnetic dipole moment (in the torque formula) of a rotating conductor loop?
0
Confusion regarding torque given by M×B
6
How accurate is the magnetic field determined by assuming a circular current carrying loop as a magnetic dipole?
1
Derivation of Torque on Loop of Wire
1
Why does the Larmor precession frequency depend on $\vec{B}$ instead of $\vec{H}$?