What is the direction of magnetic field of a permanent magnet?

After using google and my textbook, I keep getting contrary view in which where the direction of magnetic field lines would travel.

Does the magnetic field lines travel from SOUTH to NORTH or NORTH to SOUTH?

Based on the following snippet from hyperphysics:

it seems that the magnetic field is directed from SOUTH to NORTH.

However, according to the answer provided by my textbook on the following question, magnetic field is directed from NORTH to SOUTH. 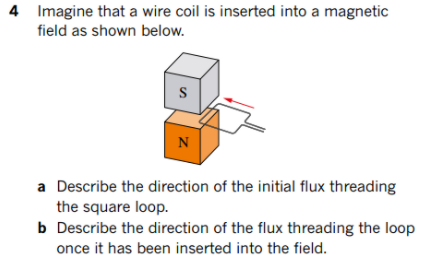 Answer given by my textbook in exact words:

b) There is a flux directed upwards due to the magnetic field lines being directed from the north to south pole.

Another example of NORTH to SOUTH from my textbook: 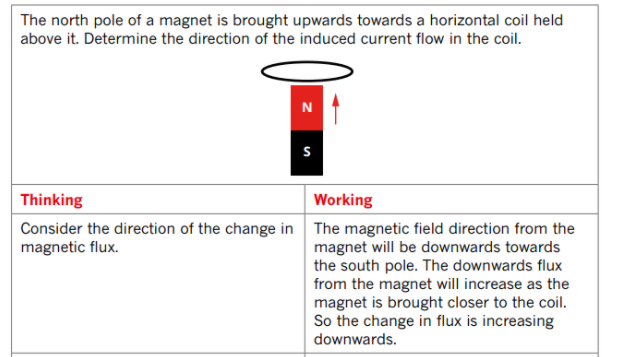 Funnily enough my textbook itself provided a contrary view which is shown in the following snippet: 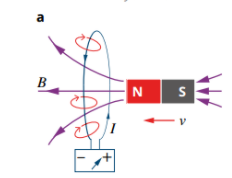 This is so frustrating, what is the proper convention?

Since there are no magnetic monopoles (by Gauss' Law for magnetism) as far as we are currently aware, permanent magnets are generally pure dipoles which don't actually have separate north and south poles as distinct points; the north and south poles just refer to opposite ends of the magnet. The magnetic field of a point dipole is given by $$\vec B (\vec r) = \frac{\mu_0}{4\pi r^3}(3 \hat r (\vec m \cdot \hat r) - \vec m)$$ where $\vec m$ is the magnetic dipole moment (pointing from south to north) and $\vec r$ is position w.r.t. the dipole. If you were to plot this, you would see that magnetic field lines do not go from one particular point to another, as they do not have endpoints, rather they flow in closed loops. In the case of a bar magnet, these lines generally go from south to north inside the magnet and north to south outside the magnet, which is consistent with the examples you have shown.

Note: there are two different, related quantities in physics called the "magnetic field." This answer only applies to the $B$-field. See here for more information.