Consider a situation as given in the picture: 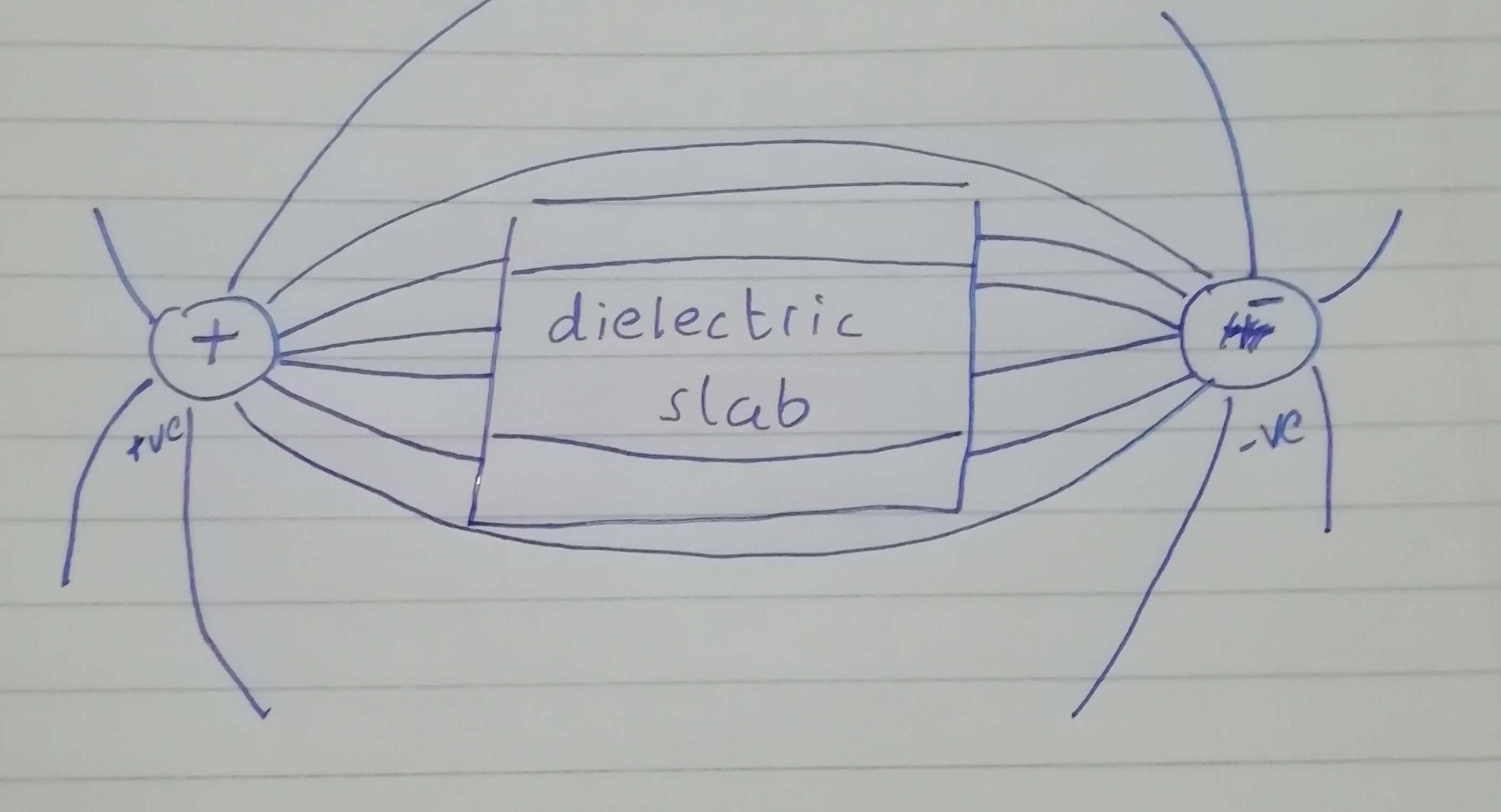 Would introduction of the dielectric slab reduce the force of attraction a charge feels (towards the other charge)?

What if one of the charges is inside the slab, how would we find the force?

The coulomb force between two charges includes a constant that depends on permittivity. Doubling the permittivity i.e. $\epsilon_r = 2$ doubles the force. see https://www.quantumstudy.com/physics/electrostatics-2/ So if only part of the gap is filled with a dielectric of, say, $\epsilon_r = 2$ then the force will be greater than no dielectric, but less than being immersed fully in the dielectric. You would need to do a complex integral to determine the actual force. If you move the dielectric slab so it surrounds one of the charges , then you still have an increased force, possibly slightly more than the other case, simplistically there are more "lines" passing through the dielectric so it has greater effect. but again if $\epsilon_r = 2$ , you only get the maximum of double the force if the dielectric volume is much larger than the volume around the charges.

The situation is analogous to placing a piece of iron between two magnets, which increases the forces between them.

Not the answer you're looking for? Browse other questions tagged electromagnetism electrostatics polarization dielectric or ask your own question.