Why work done is needed when other physical quantities are available?

I have some question about work done. I understand the mathematical ways and examples which are floating all over on internet & books. But all these information not clearing the concepts of work done as well energy. Please clear following questions:

Please clear all these point wise.

I don't agree with your statement that the $F$ in the formula $W=Fd\cos\theta$ gives complete information about the motion and displacement of a body, rather, partial or sometimes doesn't.

The concept of work in physics is much more narrowly defined than the common use of the word. Work is done on an object when an applied force moves it through a distance. In our everyday language, work is related to expenditure of muscular effort, but this is not the case in the language of physics. A person that holds a heavy object does no physical work because the force is not moving the object through a distance. Work, according to the physics definition, is being accomplished while the heavy object is being lifted but not while the object is stationary.

Say, for example, a man is pushing a train (purposely I mentioned train because practically no man can move a train by pushing alone) and he is applying all the strength i.e. he is applying force but the train will not move. This means that force acting on a body doesn't imply that the body is in motion.

I'm only going to answer this question, but if you needed more or extra explanation notify me:

"I still found no satisfactory answer to this question about why work done is needed. Why we create this physical quantity. What is the additional benefit to create this quantity which cannot calculate by e.g.: Force etc."

Note : I'm only talking about theoretical foundations needed for solving such a system , surely we cannot do such heavy calculations in real life and that's the reason behind the development of Mechanics of Rigid bodies and Thermodynamics and so on , but as long as we are talking about the theoretical possibility of solving such systems , Newton's laws and the equation $\vec{F} =$ $m\vec{a}$ are all we need for solving a mechanical problem.

So the first motivations of defining something like Work was not conceptual, actually it was more a computational tool needed for solving harder problems (although later it lead to the concept of Energy and then got generalized beyond classical mechanics), I'll show you the math first and then explain its significance:

We know that for a particle with mass $m$ we have:

If we call the term $\vec{F}_{tot}\cdot{d\vec{r}}$ , $dW$ and writing $\int {dW}$ (note that this integral is in general path-dependent) as $\Delta W$ we would have: $$\Delta W = \frac{1}{2}mv^{2}_{f} - \frac{1}{2}mv^{2}_{i}$$ so we have found a scalar quantity which directly "connects" us to the (magnitude of) velocities rather than the other approach in which after solving the equation of motion we integrate $\vec{a}$ to find $\vec{v}$. but we had to integrate this other quantity called work so what's the point of this "pre-integrating" , well the good news is that for many important forces this integral is path-independent i.e. we don't have to evaluate it at all ! , for example in the case of a uniform gravitational field we just write $mgh_{f}-mgh_{i}$ now this really simplifies more complex problems that have such forces (even when they are not the only forces acting on our system) .

I recommend you to read the fourth chapter of An Introduction to Mechanics by Kleppner & Kolenkow(1st ed) which has very nice discussions on this subject and also comparisons of these two methods in solving the same problems , otherwise this answer would get even more lengthier than it is now !

Just to give a concrete example of a problem where work and energy are useful concepts, consider a ball placed on the following frictionless hill ($x$ is measured in meters): 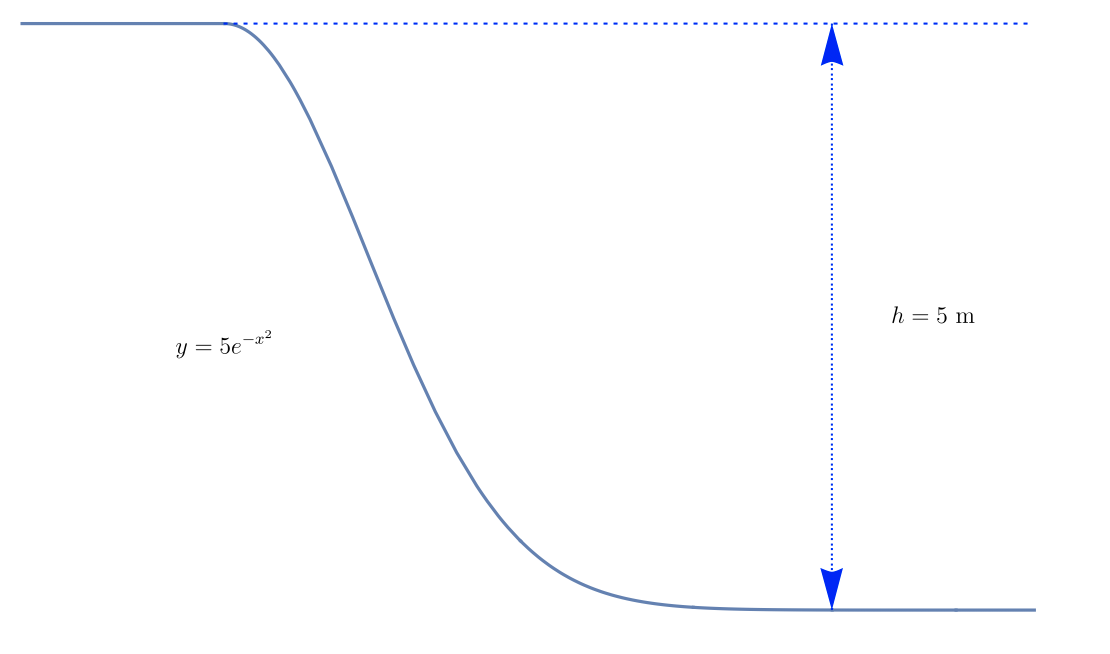 If the particle starts at rest at the top of the hill and is given a gentle nudge to the right, what speed will it approach as it escapes off to the right?

This is a straightforward question, but it would be a nightmare to solve using Newton's 2nd law.

You'd have to calculate the tangent vector to each point of the hill and find the component of the gravitational force along this vector just to set up your complicated differential equation, which probably doesn't have an analytic solution anyway. Once you had this equation and its solution, you'd have to find the velocity by taking a derivative, and then you'd need to take the limit as $t\rightarrow\infty$. This process would require a significant amount of mathematical skill and knowledge, and would probably take even a very motivated undergraduate quite a while to finish.

1."If there are other physical quantities available why work done is needed. what is special about work done that other quantities can not give us."

Work done is mathematically defined as the scalar product of the force $\vec F$ and the displacement $\vec s$. So
$W=\vec F.\vec s$ for constant forces. In case of variable forces we say something similar(I have just broken down the scalar product):$$W=\int F.dx +\int F.dy +\int F.dz$$ Here I am basically describing that total work done on an object is the sum of the work done by the individual forces acting on it resolved in coordinate axes of your choice.

So, what is special about work done that cannot be described by other physical quantities?

Work done as you might have guessed provides a relation between a force and the 'displacement of the object'(not necessarily caused by the force itself). That's why, we take the $\vec F$ and 'scale' it(stretching or compressing) to the $\vec s$ (or vice versa, but this makes more sense). You can imagine that we do this to show: just exactly 'how much' does this force contribute to the change in position of the object. We don't care about how fast the object changes its position(that's power), we just want to know what this force is doing in a system.

You can check, that no other physical quantities give us this relation, and the reason why it's needed in the first place is that: All forces contribute to net acceleration(that's what it means to be a force), but having information about its relation with displacement can tell us if individual forces are 'taking away' from the system, or 'putting something into' the system; this can be explained by the principle of energy, which tells us, not just about the current state of an object, but also about how this object will behave and interact with other objects in the future--bonus points because it is conserved all over the universe with NO EXCEPTIONS, it might as well be a base quantity!

$(A)$Hopefully I have described the purpose of $F$ and $d$ in the formula. In example (a), there are multiple forces acting on the system: Tension, gravitation, possibly friction, normal force by the box. You are correct, applied force at an angle does cause displacement; but does all of it goes into displacing the object? Of course not! Clearly a part of it goes into countering gravity and part of it is parallel. Is the part countering gravity doing work? No. This is not just because $cos\theta$ is $0$ at $\pi/2$ radians, but because it just makes sense! This part of the force neither takes away from the system, nor puts in anything. Think this one through.

$(B)$In part (b), we use the aforementioned reasoning again! Gravitational force field is indeed the only force acting on the system during the projectile motion, but its initial upward displacement comes from the external force applied by us. Therefore as it is going upwards(and gravity is slowing it down), gravitational force field is taking away from the system; the $\vec s$ and $\vec F_g$ are opposite in direction; which implies, work done by gravity is negative for the first part of the motion. But as it comes down, gravity contributes to motion, and work done is positive!

$(C)$In part (c), the exact same reasoning can be used. I will let you work this one out.

HINT: Once again, an applied force and a field force is acting on the system. Therefore, individual work done and total work done will be different.

(b) Gravitational Force Field F⃗ and we throw a ball upward d⃗ against the direction of force. In this case we displace the object under the influence of field, object is totally rely on field.

Actually you do not displace this object, i.e. you do not apply constant force in it's whole movement trajectory. You just generate initial thrust, giving to object initial kinetic energy. Then this kinetic energy is gradually reduced by Earth gravitational field, until object reaches maximum height possible. If body initial speed is not greater or equal to escape velocity, then this body will fallback to Earth surface. So upon reaching maximum height, gravity will do a full-stop negative work to body, so :

From there you can express maximum height $h$ until which object will go upwards.

1 more thing here to understand in work.. That if the angle 'theta' is perpendicular than work done is 0....that's I mean wrong... Let's say when we carry say 50 kg load and stand at one point than we haven't done any work.... Irony... But we will feel tired.... 😬... Yeah to understand it properly we need to be more practical....

Not the answer you're looking for? Browse other questions tagged newtonian-mechanics electrostatics energy newtonian-gravity work or ask your own question.

8
Intuitively, how can the work done on an object be equal to zero?
0
Is there work done when two current carrying wires are attracted?
6
A force is exerted on a body, kinetic energy increases but no work is done by the force. Why?
50
What is behind the definitions of work and energy?
1
Work Done by Gravitational Force
3
For what reason is the difference of potential energy $\Delta U=-W$ equal to the *opposite* of the work done?
1
What is the "displacement" of the object in the definition of work?
0
Net work done in lifting
12
Why the work done in a conservative field around a closed circle does not vanish when calculated in cylindrical coordinates?