Where is expressed the distance between particles for the formula of cross-section in an accelerator?

Let's consider the so-called Master formula, which expresses the cross-section of interaction between two protons, taking into account the parton density function and the intrinsic cross-sections between two partons, for example found here: 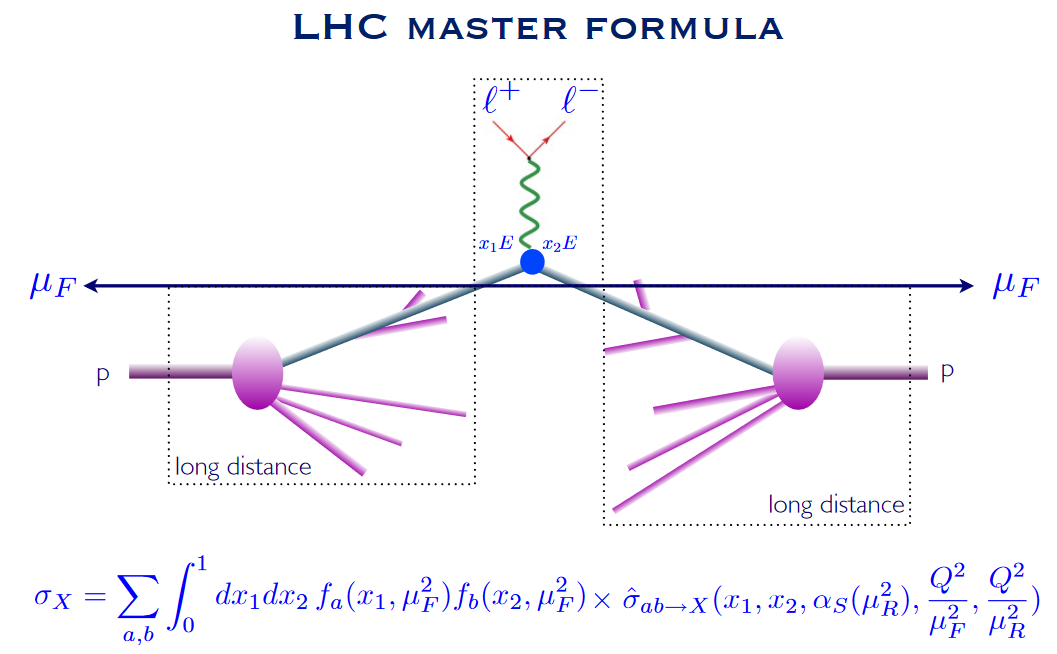 Where is the distance between the two particles that come in two opposite directions expressed?

Indeed, let's imagine two exact parallel beams of protons: one on earth, and one in another galaxy, the formula of cross-sections between the two protons seems to stay be the same, while from first principles, in this example, it should be exactly null: so where is the distance between the two incoming particles expressed in the formula ?

The computation of the luminosity of real-world collider setups is non-trivial. For an introduction see e.g. "Concept of luminosity" [pdf link] by Herr and Muratori.

Not the answer you're looking for? Browse other questions tagged large-hadron-collider scattering-cross-section or ask your own question.