A theoretical question about matter/antimatter and capacitors

Let's assume that the experiment is done in a vacuum and there's a circuit as in the attachment. The values of voltage/resistance/capacitance are insignificant.

Assume that the right terminals of capacitors and the wire that connect them are made from antimatter, all else is made from regular matter.

My question is, would the voltage observed on resistor be the same as with the above terminals/wires made from regular matter? 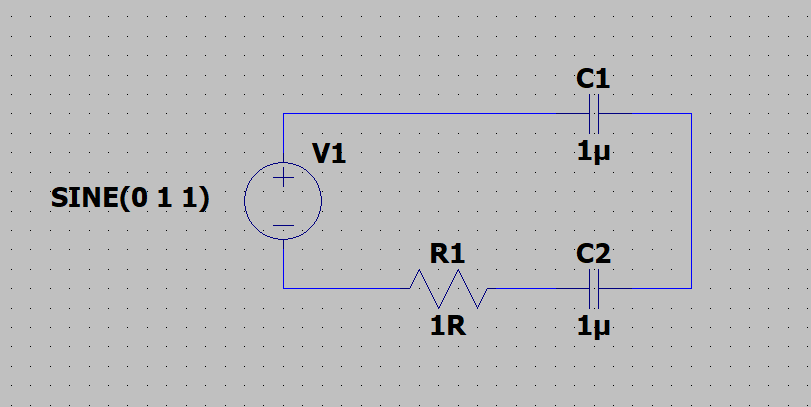 your circuit would annihilate immediately you can not have matter and antimatter together. The question is how will you get antimatter in the first place?

Yes. The voltage across the resistor will be the same whether the right half of the circuit is constructed from matter or anti-matter.

All that matters for the resistor voltage is the current running through it and that would be same with matter or anti-matter. The two capacitor terminals interact through the electric field within the capacitor and matter and anti-matter charges produce electric fields the same way.

Not the answer you're looking for? Browse other questions tagged electric-circuits electrical-resistance capacitance antimatter or ask your own question.

2
Do batteries lose charge?
2
How does Ohm's law apply to superconductors?
3
Capacitors and Resistors - Series or Parallel?
0
Conceptual scheme of circuits
0
Parallel capacitors discharging with different capacitances
0
Confusion about RLC circuits
0
Grounding a simple circuit?
1
What happens if two capacitors having different charges is connected in series?