How is the reference point of potential energy defined in electric fields?

Consider the diagram below of a positive charge and three points marked in the field X, Y and Z. 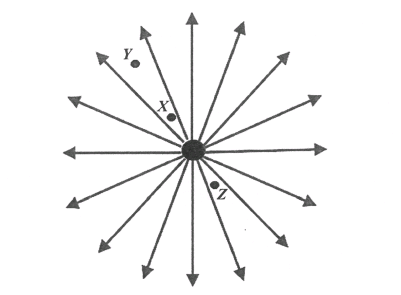 I understand that for a gravitational field, we define the potential energy as being always negative, and approaching zero as you move further from its source. My questions are, why is this? and how does this differ for the potential in an electric field like the one shown above? Is potential higher or lower at point Y, and does that answer depend on if you are examining a positively charged or negatively charged particle at Y? Furthermore does the zero point become at the source of the field for a different type of charge (+ or -) causing the field?

For gravitation, the thing is same like two unlike charges, hence same concept of a negative charge.

Not the answer you're looking for? Browse other questions tagged electrostatics electric-fields potential potential-energy conventions or ask your own question.