Despite being presented as one of the fundamental results of Quantum Mechanics in practically every textbook, I realized this morning that I don't understand deeply how Quantum Mechanics predicts the double slit experiment.

The best explanation I have found seems to be closely related to the path integral formulation (e.g., since there are to a good approximation only two paths that a particle can take, the amplitudes due to these two paths add/interfere).

However, I am interested in how one could go about deriving the result using the methods taught in an introductory quantum mechanics course: defining a potential, solving the Schrodinger equation, using the generalized statistical interpretation, etc. Is there a simple way to see it from this angle? Or is this a result best left to understanding via the path integral?

I did once look at path integrals, but they are really just a complicated way of doing wave mechanics and I never found them useful. The double slit is much easier using basic methods, and I am not sure why your books would approach it any other way. There is no potential (or constant potential if you prefer), so the solution of the Schrodinger equation is a simple wave. The wave functions from the two slits sum, so one gets exactly the same pattern as for the classical Young's slit experiment. 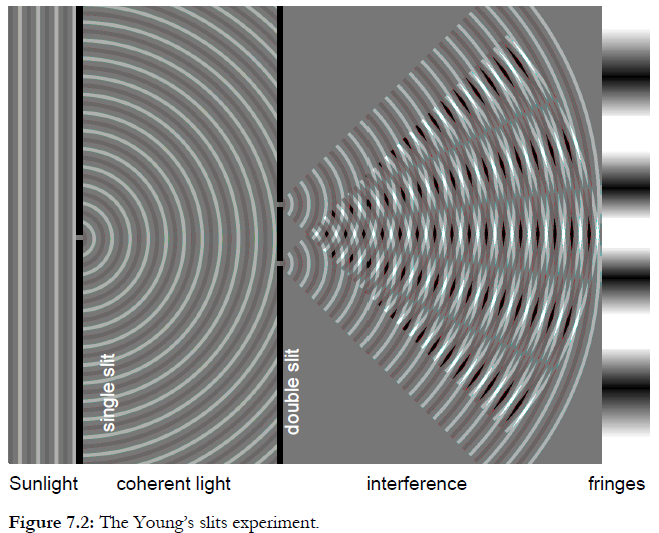 In the figure, where wave crests (light grey) meet crests and troughs (dark grey) meet troughs, the amplitude of the wave increases (white crests, black troughs) creating a bright area on the screen. Where crests meet troughs, the waves cancel out (mid-grey), leading to a dark region.

The only difference between the classical interpretation and quantum mechanics is that in quantum mechanics the wave function is simply a way of calculating the probability for where a particle will be observed on the screen, as shown when particles pass through the slits one at a time. 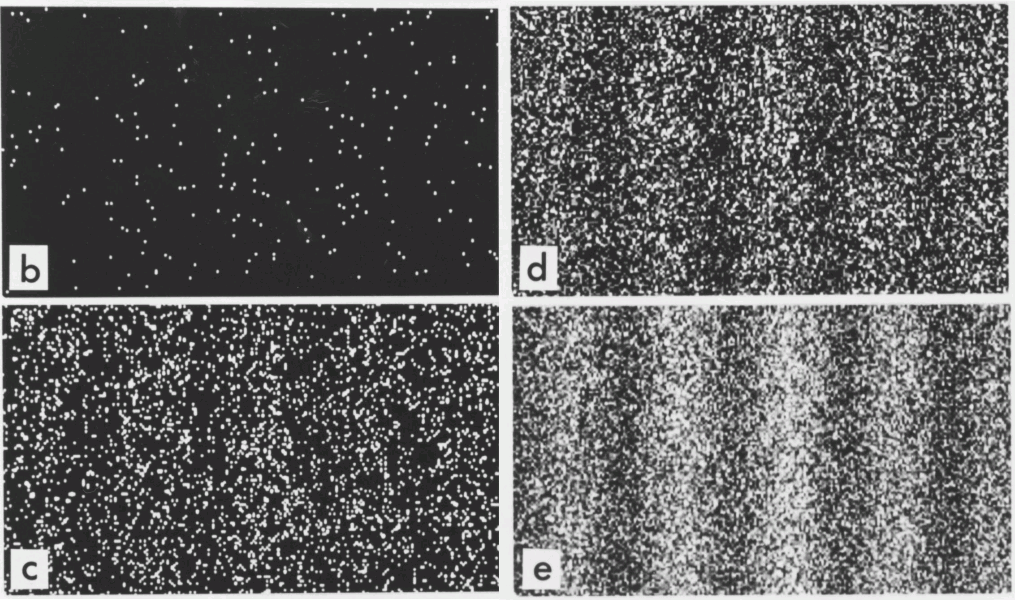 3
What are "interferences of higher order" in the context of Born rule and triple-slit diffraction?
15
What are the minimal postulates to do quantum mechanics in path-integral formulation without knowing the operator formulation?
1
Many-world interpretation of double slit experiment
1
Momentum conservation in path integral formulation