Mechanical Energy Conservation (I have some problem in my basic concept)

And the Solutions is:

I know I have some doubt in my basic concept so it would be very helpful if you'll be elaborate.

"Now my doubt is why F=−dF/dX needs to be zero for minimum force?"

Note, F is not equal to -dF/dx, you probably got confused with U = -dF/dx

here, we say we have minimum value of force when dF/dx =0

dy/dx is used to represent slope at a specific point, it could be any point over where a function is continuous.

now if we say something is minimum, all the values around it should be greater than the minimum value. in this case, force is taken in y axis and distance 'x' is taken in the x axis

hence we say, in this case, force is minimum when df/dx is 0

Since F is a function of x, and it's an upward parabola the minimum value is obtained at the vertex of the parabola where the slope of the curve is 0. You will study this in calculus later on. 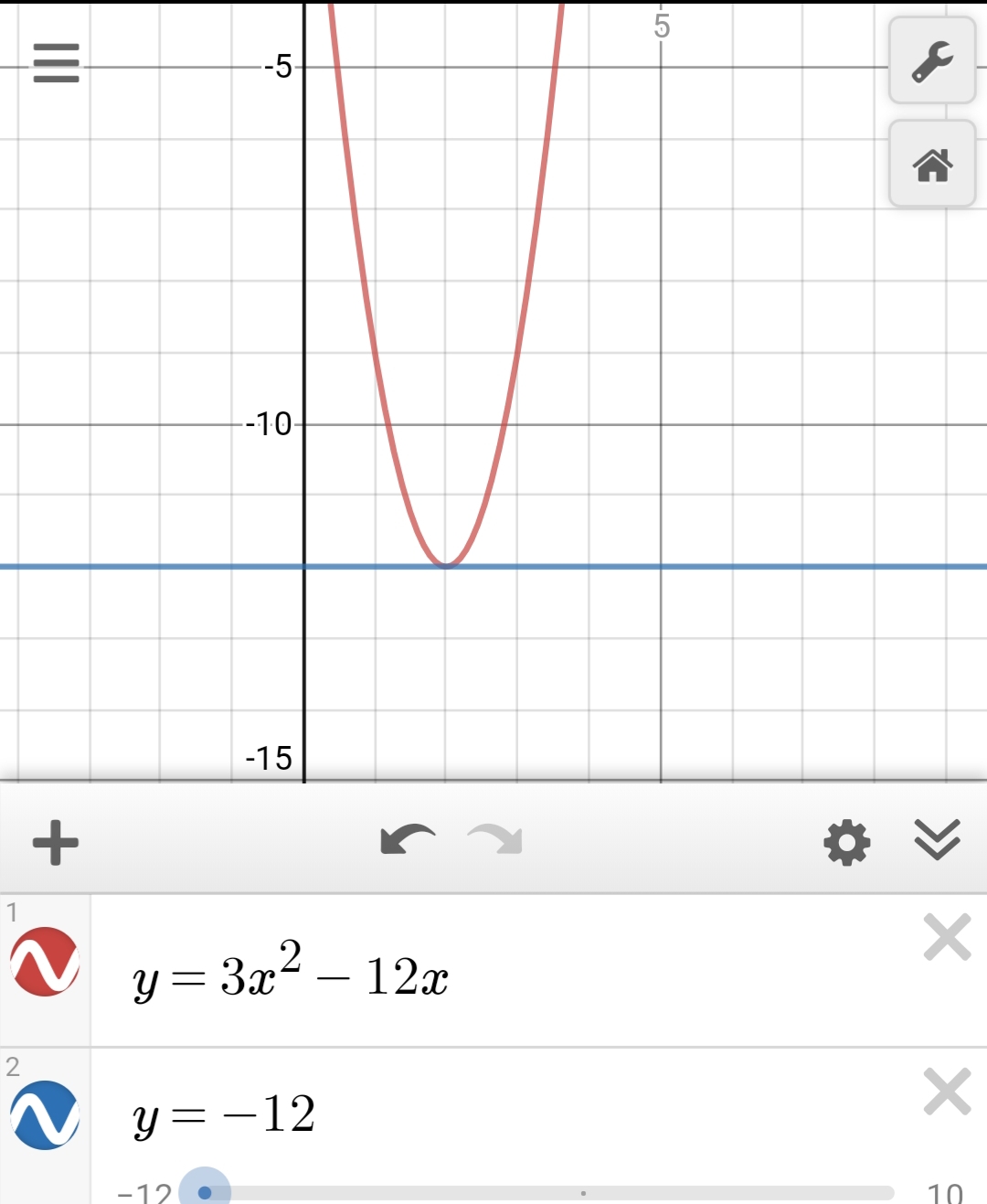 Watch out, this is not correct. I think you mixed two different formulas, the relatin between force and potential $F=-\frac{dU}{dx}$ and the condition to be a minimum $\frac{dF}{dx}=0$. If your question was why this is the condition for being a minimum, there are several ways to see this. For me, the most intuitive one is thinking about the meaning of the derivative, starting from the very basic incremental ratio definition (Note: my mother language is Spanish, "incremental ratio" is the direct translation from there, but I'm not sure it's a term used in English as well):$$F' = \lim_{\Delta x \to 0} \frac{F(x+\Delta x)-F(x)}{\Delta x}$$ A positive value for $F'$ means that if $\Delta x>0$ (you move to the right), $F$ grows on that direction, while if its negative (you move leftwards) it decreases. A (local) minimum of $F$ is defined as a point which is smaller than all the other points nearby, so if you approach this minimum point, $F$ decreases, and if you go away from it, $F$ increases. If, like in your problem, the minimum is located in $x=2m$, if you start from $x=1m$ and approach it, $F$ decreases (so $F'$ is negative), and once you reach it, if you go further, to $x=3m$ let's say, F increases again ($F'$ is positive). So, you started from $x=1m$, where $F'$ was negative, and ended in $x=3m$, where $F'$ is positive, so using Bolzano–Weierstrass theorem it must become zero at some point. You can approach the minimum as long as you want, and this relation is still valid, so the minimum is the point where the derivative becomes zero.

the velocity at the point where force is minimum. So velocity will be minimum at this point X which we have find above. Note;the graph is similar to shm graph

Not the answer you're looking for? Browse other questions tagged homework-and-exercises newtonian-mechanics energy or ask your own question.

0
Where does the block get the energy from?
5
Is Elastic Collision possible if 2 bodies approach each other?
0
Mechanical Energy Concept Problem
0
Is the total mechanical energy conserved in a system that's a simplifying approximation of an actual roller coaster?
2
Work-Energy Theorem vs Angular Momentum Conservation in Central-Force Problem