Why does the orbital period not depend on the semi-minor axis?

In Kepler's Third Law, the orbital period is described by 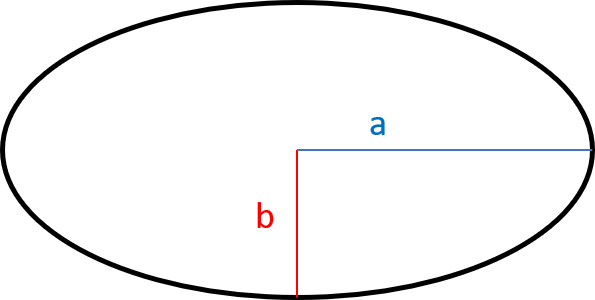 If we stretch the semi-major axis to $1.8$, we get an ellipse closer to a circle: 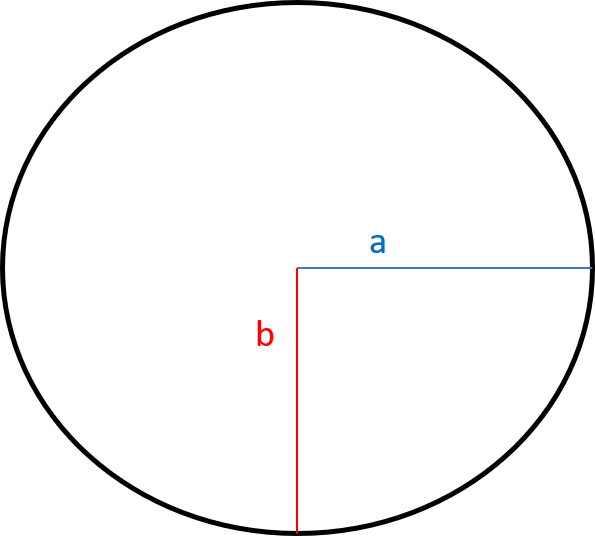 So why is the orbit for, let's say a planet orbiting a star, still the same regardless of the lenght of the semi-minor axis?

I think the key point is using the second Kepler law as well. The velocity along the orbit is not constant, the body is slower farther from the central body, and this makes the energy to be conserved. It can be shown that the total orbital energy only depends on semi-major axis: $$\frac{E}{m}=\epsilon=-\frac{\mu}{2a}$$ And with this, the period is $$T = \sqrt{-\frac{\pi^2 \mu^2}{4\epsilon^3}}$$ So the fact that the period is the same for two orbits with the same semi-major axis but different eccentricity comes from the fact that their energies are the same.

Not the answer you're looking for? Browse other questions tagged classical-mechanics astrophysics or ask your own question.

1
centrifugal force in static frame of reference
2
Why do balls in a spinning ellipsoid move to the minor axis plane?
1
How to calculate the mass of the orbiting body given only its orbital information
0
Accuracy of Orbital parameter calculations
21
Intuition - why does the period not depend on the amplitude in a pendulum?
2
Plotting Ground Track of Elliptical Orbit with Inclination Angle
4
Why does this simple equation predict the Venus surface temperature so accurately?
8
Why coupled oscillators tend to seek integer frequency ratios?
1
How to calculate the sphere of influence of a planet?
0
Derivation of the equation of a hyperbolic orbit from the conic section expression derived via the orbit equation