In Kleppner and Kolenkow chapter 13, they derive the expression of relativistic mass by considering a symmetric glancing elastic collision. 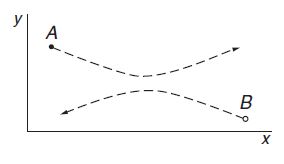 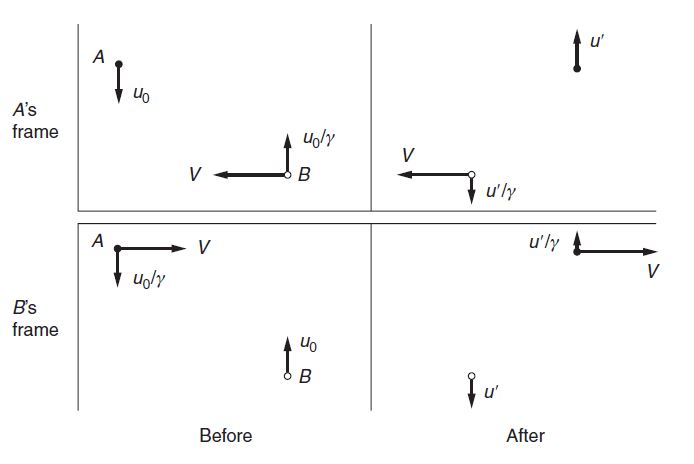 Here is how the derivation goes in the book:

Our task is to find a conserved quantity analogous to classical momentum. We suppose that the momentum of a particle moving with velocity $\mathbf{w}$ is $$\mathbf{p} = m(w) \mathbf{w}$$ where $m(w)$ is a scalar quantity yet to be determined, analogous to Newtonian mass but which could depend on the speed $w$.

Now I have a few problems with this derivation. They are:

I don't see how the collision could be elastic and symmetrical without the two particles having the same mass.

You're right, but this isn't a mistake in the argument. The authors are assuming a specific situation and using that to derive general constraints. If you change the assumptions, you would get a different, more complicated setup, which would not be useful.

What you are saying is analogous to this:

You: But what if $x$ isn't the number of cows? Then it could be negative, so your argument is flawed.

In response to comments: there's indeed another step that Kleppner has let go implicit. Kleppner has assumed that it is possible for such a collision to happen. And as you point out, it wouldn't be possible if the masses weren't equal, either in relativistic or nonrelativistic physics.

So here's an argument for why it's possible when the masses are equal. The initial state in the lab frame has equal mass particles traveling with opposite velocities. As long as "momentum" flips sign when the sign of the velocity is flipped, the initial momentum must be zero. By the same logic, the final momentum is also zero. So the setup is consistent with momentum conservation.

It seems that when writing the momentum equation in the $y$ direction, the author represented $m(u_0)$ as $m_0$

Not the answer you're looking for? Browse other questions tagged special-relativity reference-frames mass inertial-frames mass-energy or ask your own question.