Is magnetic field due to current carrying circular coil, zero everywhere except at its axis?

Performing the integral for axial points,

My book writes that "Apart from the side along the axis,the integral $\int\vec{B}\cdot\vec{dl}$ along all three sides will be zero since $B=0$". I don't quite get this.

Magnetic field lines due to a coil are like, 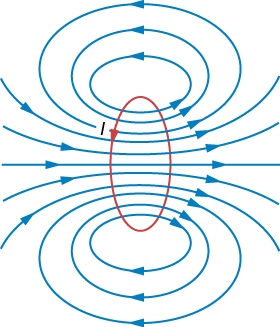 Now, the question, Is magnetic field due to current carrying circular wire zero everywhere except at its axis?

Not only must you assume that lengths AB and CD are infinite, but also BC and DA. So the field strength is zero all along DA, AB and BC for the rather unsubtle reason that these three sides are all an infinite distance from the current-carrying loop (whose field falls off as $r^{-3}$ and faster).

Is magnetic field due to current carrying circular coil, zero everywhere except at its axis?

No its not. The cartoon of the magnetic field lines you have provided shows as much. The field in immediate vicinity of the wires is non-zero. So is at large distances away from it. In fact its non zero everywhere.

Apart from the side along the axis,the integral $\int\vec{B}⋅d\vec{l}$ along all three sides will be zero since $B=0$

I am guessing the book is trying to illustrate Ampere's law via a direct but simple calculation on a rectangular loop whose three sides are infinitely far away. Since there are no constraints$^1$ on the geometry of the loop in the law, this loop is as good as any even though its effectively just a single line.

From a theoretical standpoint, you have already proved this for all outer loops connecting $C$ to $D$ from outside the current carrying loop in eqns. $1-3$, since $\int\vec{B}.\vec{dl}$ on the straight line $CD$ already consumes all of the line integral Ampere's law allows.

what if we don't take AD and BC to be infinite? and take them such that they are finitely greater than R. in that case Ampere's law is still applicable and the equations would still imply line integral to come zero.

This ambiguity in the lengths of $BC$ and $DA$ is what I have alluded to above. But as just stated, the result holds independent of the geometry of the outer part of the loop. To see this explicitly is another matter altogether. Specifically$^2$, the line integral of the field along $AB$ will vanish regardless of its distance from the loop as long as its outside the loop and match $CD$ (in magnitude) as long as its inside the loop.

$^1$ apart from those imposed by mathematical rigour like the loop can't pass through the wire.

$^2$As an instructive example, lets assume $AB$ is at distance $D>R$ from loop center, coplanar and parallel with $CD$ and normal to the plane containing the loop. Using units $R=1,\frac{\mu_0 I N}{4\pi}=1$, and carefully using the symmetry of the following geometry 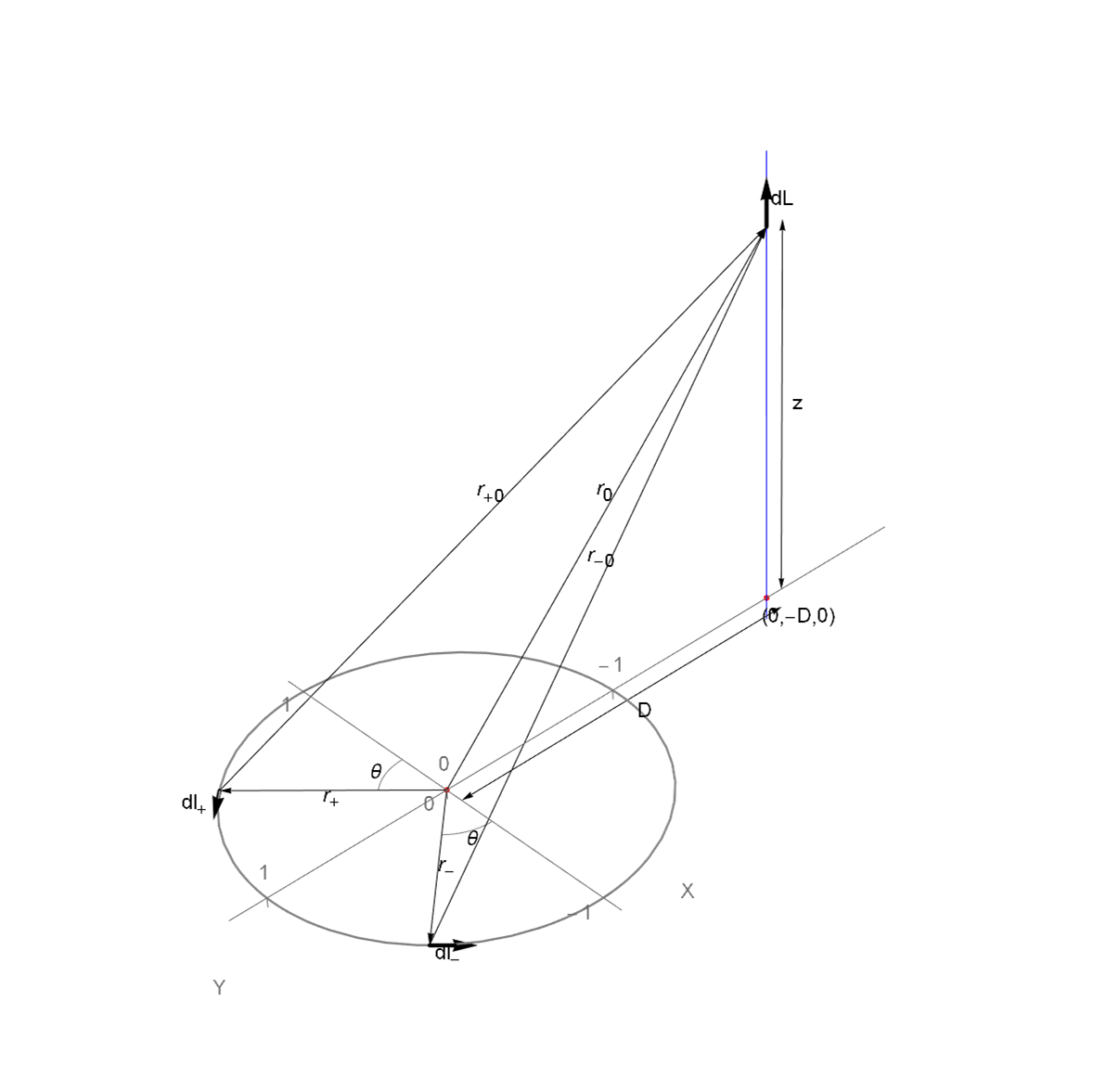 as expected. This shows the power of Ampere's law.