Is this a kinematics paradox?

You consider a shaft which can rotate freely (there will be of course a frame with ball bearing to hold the shaft firm and to allow it to rotate with low friction); fixed on this shaft there are two gears, one with radius $R$ and another with radius $2R$. Note that the two gears rotate together with the shaft since they are welded on it. Now, there is a second identical shaft which is put close to the first one, in order the teeth of the gears can touch each other, the picture should clear the setup: 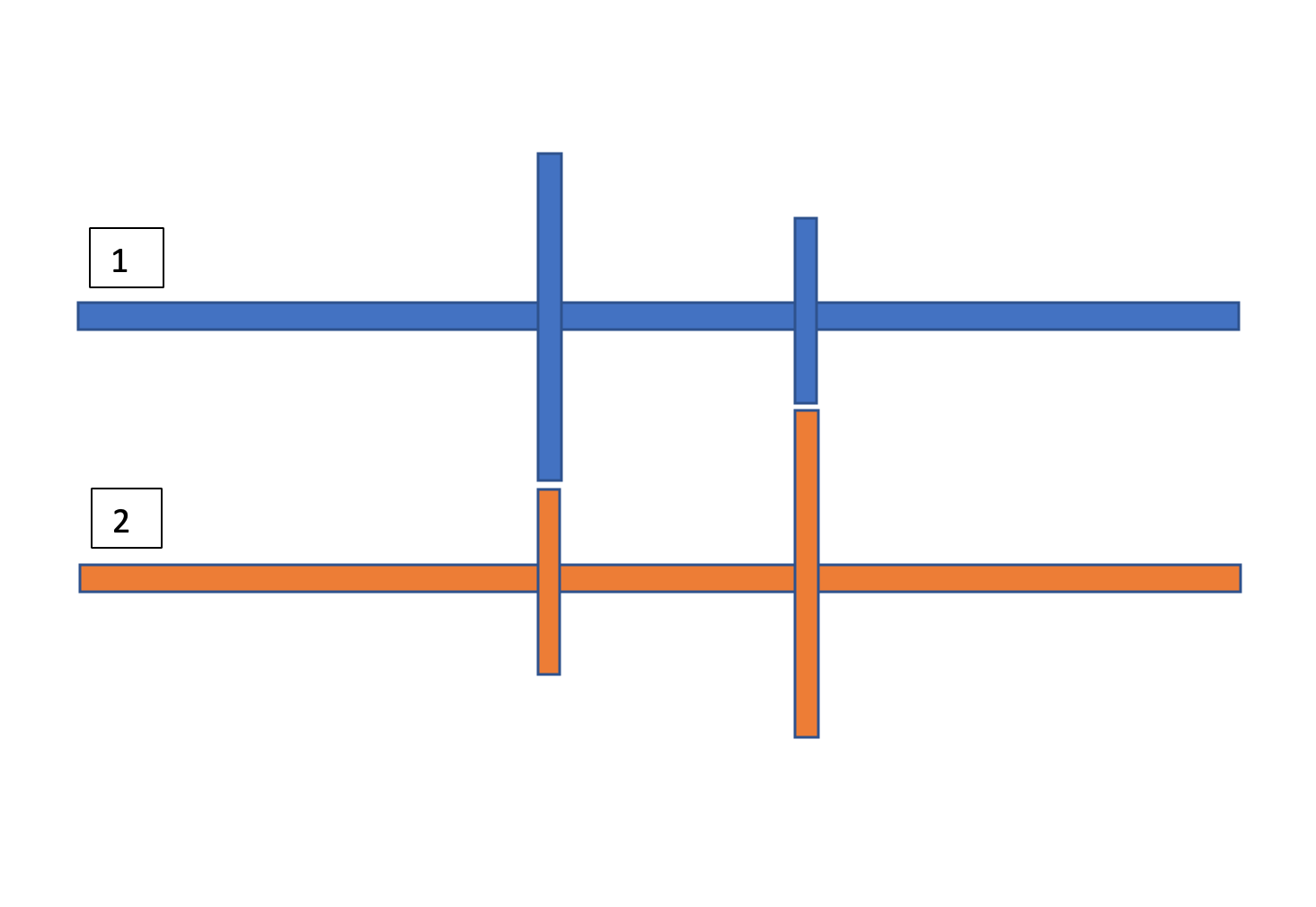 PS: I've written about gears (with teeth) but it's the same if you consider discs with an high friction layer on the edge (in order the edge of the discs don't slip one on the other).

It seems to me that what you see is what you get here - that arrangement of gears would lock up and the shafts would not turn.

In general, if a big gear drives a small gear then the smaller gear will rotate faster, and vice-versa. If you try to do both at once, then your effort will simply go into applying torsion to the secondary shaft, which will be trying to rotate at two different rates at the locations of the first and second gear.

It's not a paradox at all: it just means that this setup of gears won't turn.

In fact, there's a related "paradox" that is extremely common in real life. Just replace your orange piece with the ground, and tilt the blue piece a bit, and you have a crude diagram of a car turning. The exact same reasoning you gave would apparently prove that cars can't turn without one of the wheels slipping on the ground.

This logic is perfectly correct if the car axles as rigid objects, which is why toy cars can't turn. Of course, real cars can turn, because the axle is broken with a differential, which allows the wheels to turn at different angular speeds. 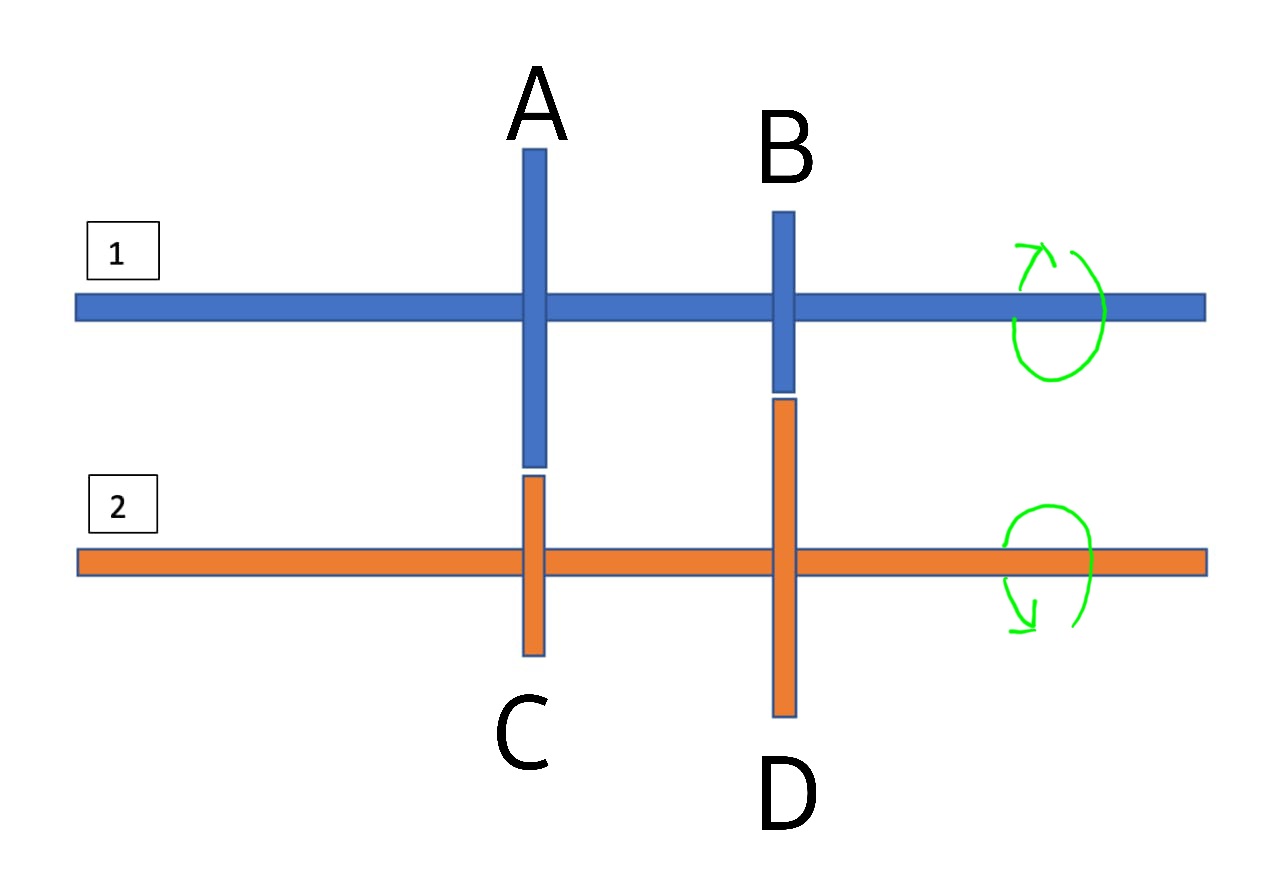 Let's say we are applying a torque to rotate shaft 2 and the shaft 1 at that moment has no exterrnal torque acting on it. Once the shaft 1 starts moving, there are two possible scenarios (before I explain them, you should know that no matter how precisely you engineer these gears, there will always be some offset between both the pairs of touching gears ($AC$ and $BD$), thus one pair will come in contactbefore the other):

What would happen if I apply a huge force to rotate shaft 2? Would the assembly still not move?

Well, if we are dealing with real objects, then at a certain strength of the torque/force you apply, the resulting torque on shaft 1 will exceed the maximum amount of torque that the hinge can provide, and eventually, the hinge would break apart and the shaft 1 would get displaced from its location. In ideal unbreakable situations, the system will remain static no matter what you do.

0
Why do systems with a fixed gear-ratio still use gears?
0
In golf, is there a rotational mechanical advantage of using a thicker grip?
0
Momentum of a rack and pinion gear system excited by a time variant force
0
Torque Changing on Gears, Wheels and Axles
0
Calculating acceleration, etc. of a gear train with multiple driven gears
1
What is the name of this vector quantity that is similar to angular momentum?
0
Force to start moving a car
0
Rotational Kinetic Energy Conservation