Potential difference and moving through a circuit

Having some difficulties with the concept of pd in a circuit.

Potential difference is a measure of how much energy is used up between two points in a circuit.

However, see the picture I have drawn. In a circuit, there is a potential difference between the negative and positive terminals of the battery. This causes the electrons to flow around the circuit and the movement of charge transfers energy through the circuit.

I have a few ideas:

But as you can see, it's all quite imprecise and I have no real certainty in any of the ideas. I also know I am wrong since I can pick out even more flaws in my argument. So help in understanding would be appreciated. 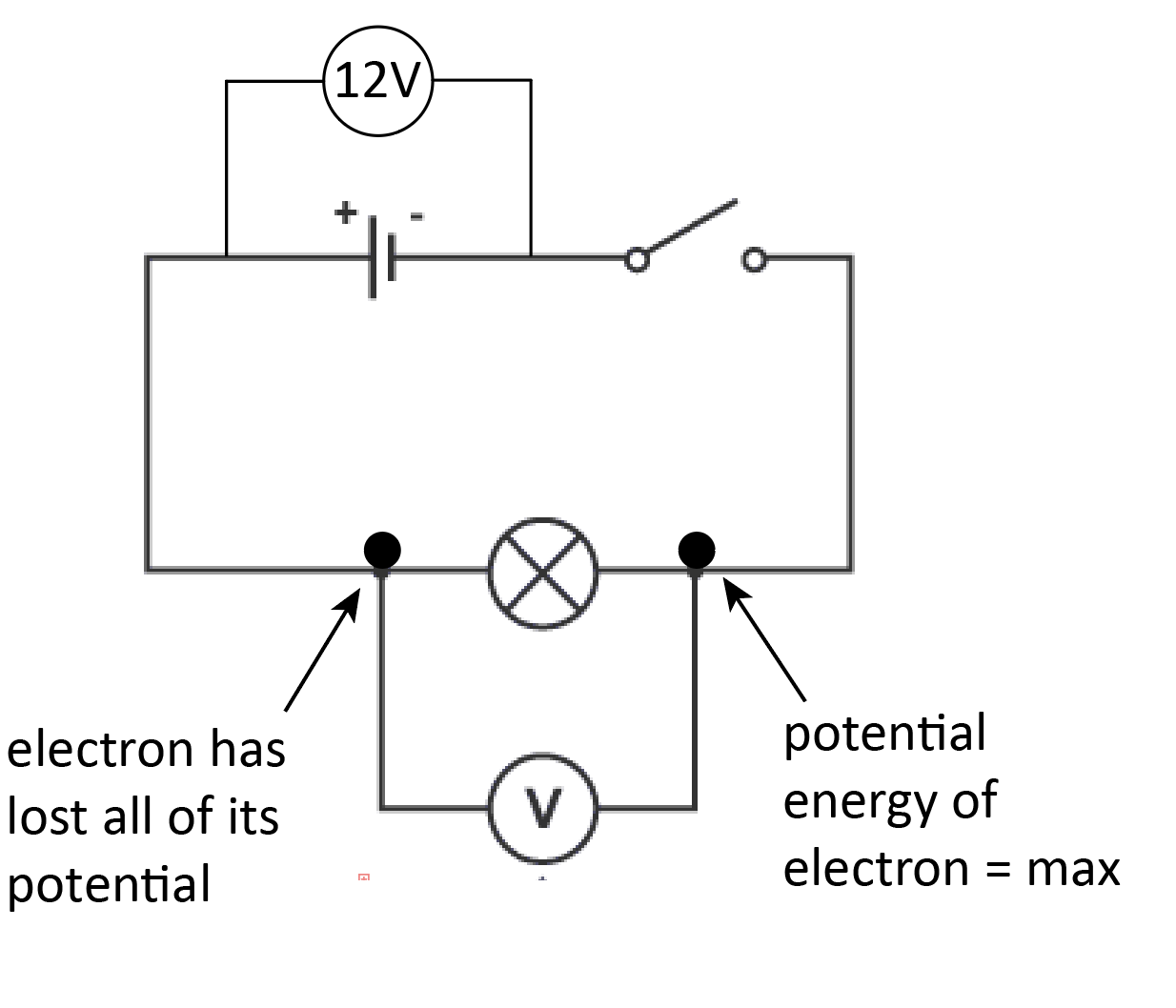 In the region of the ideal wire the electrons are able to move in straight line paths without any collisions because an ideal wire has no resistance. So even in the absence of an electric field the electrons maintain their velocity.

4
What causes a resistor to heat up?