Why does the speed of a ping pong ball increase when the space in which it can bounce decreases?

I was playing table tennis the other day when I my ball fell off the table. I placed my paddle above it in order to slow it down, and then I brought the paddle to the ground so that the ball would come to a stop. A diagram of what I did is below: 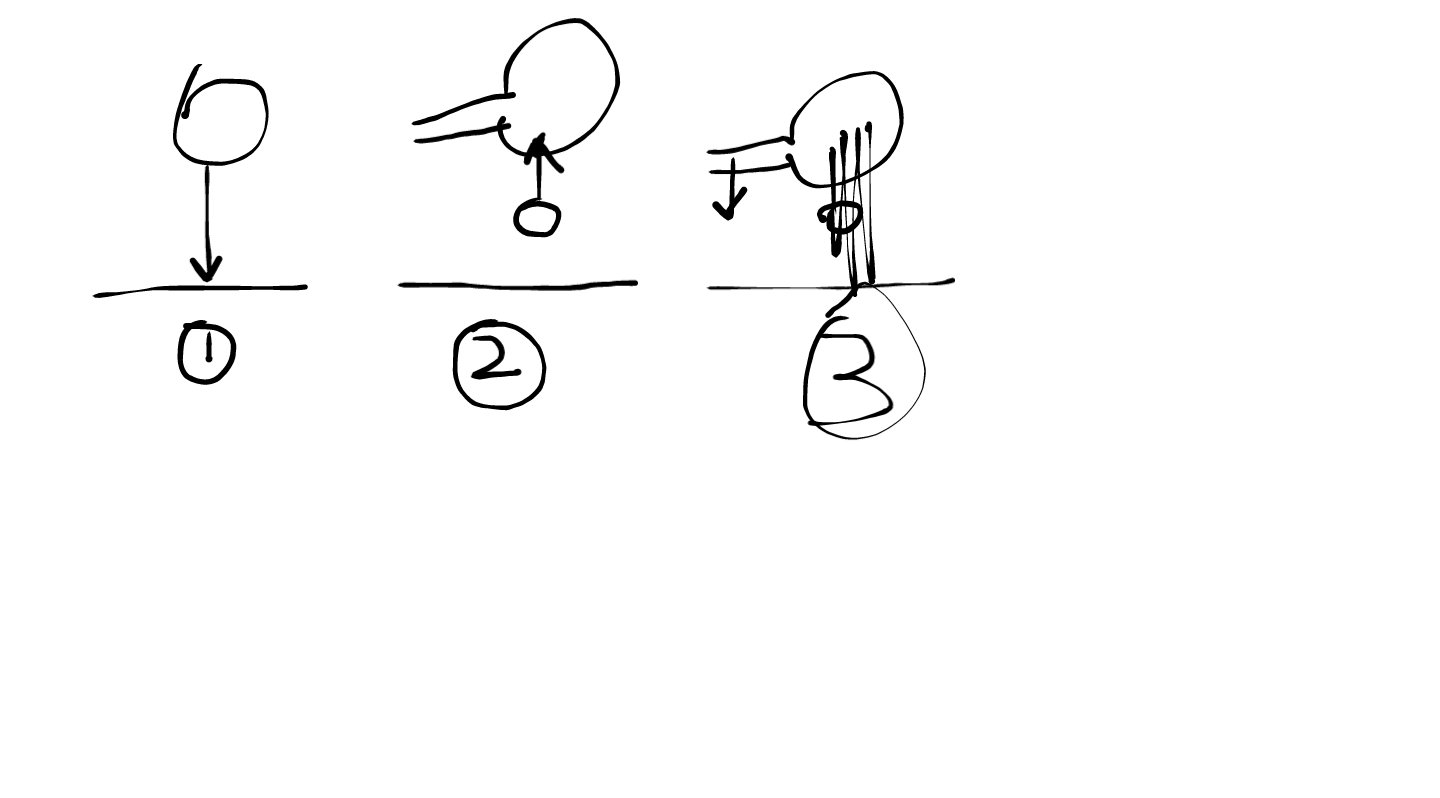 Why did the velocity of the ping pong ball increase so much at the end? I did not apply much force while lowering the paddle, so I didn't think it was because I applied a greater force to the ball.

There are three parts to the phenomenon, two real and one illusory.

While you are lowering the bat, its relative velocity to the approaching ball increases that little bit. The ball bounces off it that bit harder, gaining twice that extra velocity relative to the floor. Repeat for several bounces and the difference might become noticeable. This is one real part.

The other arises because the ball slows as it rises and accelerates again as it falls. Lowering the bat cuts out the bit where it slows down, so even though the local speed at any given point may not increase, the average speed does increase.

The illusion is to do with the scale and period of the bouncing. As you lower the bat, the period of each bounce shortens, increasing the frequency of the bouncing. This combines with the shrinking scale to create an illusion of going faster. (Credit to user Accumulation for pointing this one out in another answer).

A similar illusion takes place when you watch a scurrying insect. Compare say a horse, a cat and an insect walking along. The big horse seems slow and lazy, the tiny insect in a mad hurry, the cat somewhere in between. But in reality the horse is going the fastest and the insect the slowest.

Guy Inchbald mentions the slight force of the paddle on the ball and that velocity relative to the separation increases. For the latter, there's a further issue that every time the ball bounces, it makes a noise, and that noise becomes more frequent as the distance shortens, which increases the perception of speed.

Also, I believe there is a third phenomenon: when a ball bounces, its speed decreases as it rises. By cutting off the high part of its bounces (which is when it is moving the slowest), you are restricting it just to the fast part of its bouncing, increasing the average speed of the ball.

Because Ping-Pong balls are elastic

And in elastic collisions, kinetic energy is conserved. 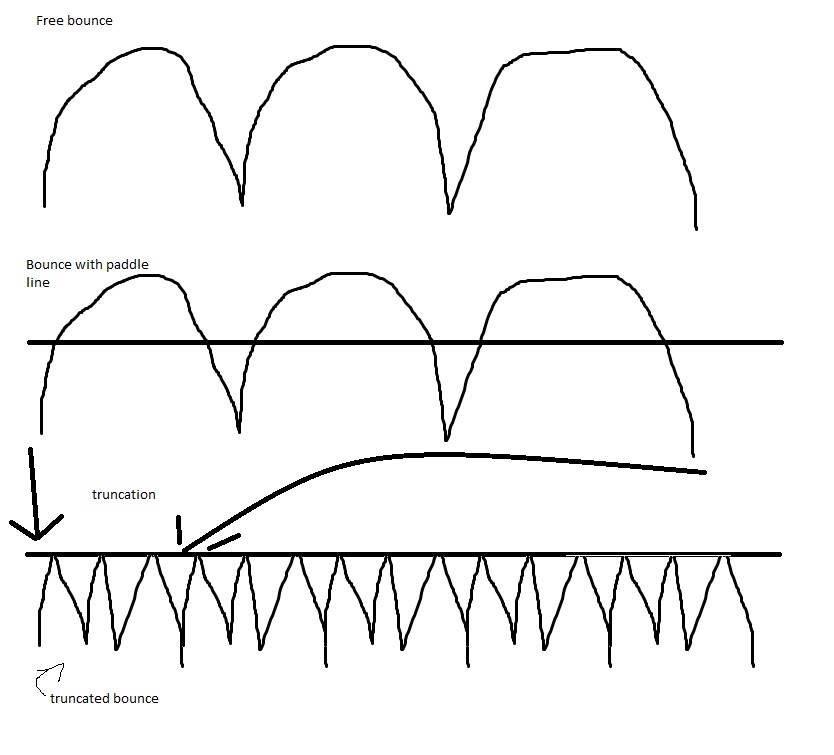 When your ball is allowed to bounce freely, it reaches a speed of zero at the top of its arc. At that point, all of its kinetic energy has been converted to gravitational potential energy. The opposite is true at the ground, where all its gravitational energy has been converted into kinetic energy. For a perfectly elastic collision, what you are doing when you lower the paddle is truncating the bouncing ball's arc (with a corresponding increase in frequency). In an ideal case, where you add no extra energy to the ball, the ball's speed at each height does not increase, but the ball's average speed increases drastically, because the ball is moving so much faster in the free arc when it's closer to the ground.

You will note that this principle works just as well in reverse: Bounce a ping-pong ball off the ground, then catch it with your paddle. Even though the ball should bounce up back off your paddle about as high it seems to be bouncing a lot slower because it is now spending all its time in the slower part of the arc. This reverse application demonstrates some of the limits to this logic, however-- in practice the air resistance to a slowly-moving ping-pong ball means you will probably see a notable decrease in height on each bounce.

To be precise the speed doesn't actually increase (actually it decreases as every bounce takes away some energy with it). Assuming it's an elastic collition, the speed remains constant, but the distance travelled decreases. As the ball travels shorter distance in shorter interval of time, it gives an illusion of increased speed.

3
Calculating the path of a ball with spin moving across a table
0
How to calculate impulse force on collision?
2
What are the physics behind a table tennis ball launcher?
0
Finding Impulse using Momentum Principle
0
What is the momentum between a light and heavy object in motion when the force applied is equal?
9
Bounce of a ping pong ball vs bounce of other things (How does the material affect ?)
66
Why does a ping pong ball bounce higher when it is dropped together with a cup of water?