Why does glass, in spite of being amorphous, often break along very smooth surfaces?

When a crystalline material breaks, it often does so along planes in its crystalline structure. As such this is a result of its microscopic structure.

When glass breaks however, the shapes along which it breaks are typically very smooth as well, rather than being very irregular or jagged. Being amorphous, one shouldn't expect any smooth surfaces (of more than microscopic size) across which the atoms are bonding more weakly than in other direction to be present at all. 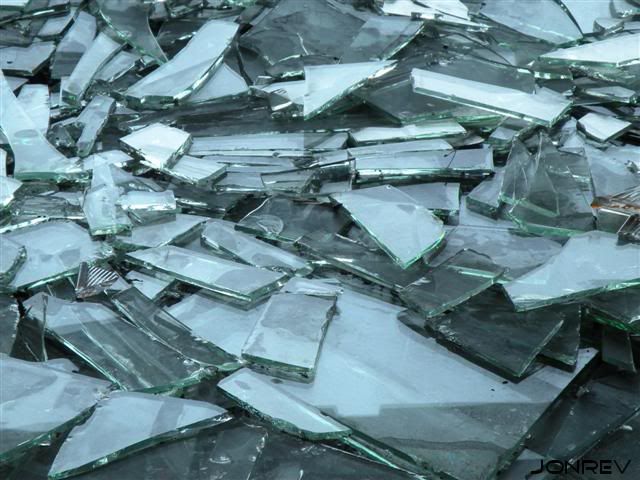 One possibility that I can think of is that real glass is locally crystalline, and some surfaces of weaker bonding are actually present in the material, and an ideal glass would behave differently.

Another possibility is that unlike in crystalline materials, this is not a result of its microscopic structure, but rather of its macroscopic structure namely its shape: when the glass is hit, it vibrates in a way that is constrained by its shape. We see that harmonic vibrations in a solid typically has very smooth shapes along which the amplitude is 0 (nodal patterns), like in Chladni plates 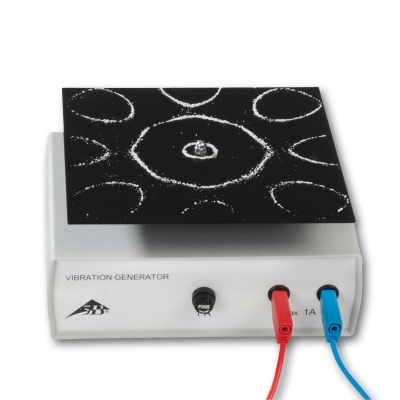 Does anyone know what is the actual reason?

What you describe is the cleavage type of fracture of polycrystalline material. The surfaces are smooth, but the micro anisotropy due to the several grains can be seen in a scanning electron microscope.

For a material without even a microscopic anisotropy, as the case of glass, the fracture propagates from an initial crack only following the stress concentration.

In crystalline materials with natural planes of separation this effect contributes very little to the final shape of the crack, but in amorphous materials such as glass it leads to clearly visible patterns of shock waves (conchoidal fracture) propagating from the initial impact point: 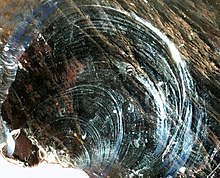 Poly-crystalline materials and crystals with no planes of weakness also produce similar cracks on impact.

Stress gets concentrated at the tip of a crack or at an inside corner. See this video and this video. Note that in these simulations the crack does not propagate in a perfectly smooth path. In the second simulation, inhomogeneities in the medium affect the propagation direction.

If you examine the exposed surface of a conchoidal fracture such as this one, you'll see ripples on a small scale. 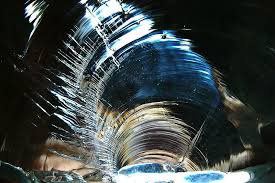 The mathematics describing crack propagation can be found here. It's not simple! Generally, all three modes (opening, in plane shear, and out of plane shear) will occur simultaneously.

Not the answer you're looking for? Browse other questions tagged solid-state-physics everyday-life vibrations glass or ask your own question.

13
Why does my jam often "fall up"?
0
Is a typical glass slide really amorphous or does it just have very small crystallites?
13
How and why would a glass table break in this manner?
2
Why does molten sand cool to form glass and not return to it's original yellow form?
2
Why would/do you wet glass after scoring it to break it?
2
Why does glass break into pieces rather than just melting or cracking