How would you make a RGB LED equally bright to a broad-spectrum white LED?

Say you had a broad spectrum white LED (all visible wavelengths) and you wanted to make a RGB LED (just red-green-blue wavelengths) that could produce white light of equal brightness to the broad-spec one.

The retina of the eye has three different cones, red green and blue. 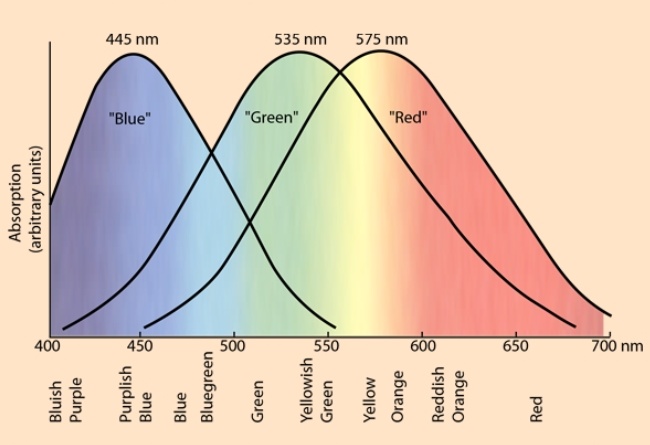 This image$^1$ shows the sensitivity of different cones to different wavelengths of light. Different colours are seen due to different levels of stimulation of the three different cones. The colour white is seen when all three cones are equally stimulated. This does not require all wavelengths of visible light to be present. Instead a simple combination of yellow and blue light will stimulate all three cones equally. In fact this is the technique used to create a broad spectrum white LED.

In an RGB white LED a combination of three wavelengths are used to stimulate the cones equally. 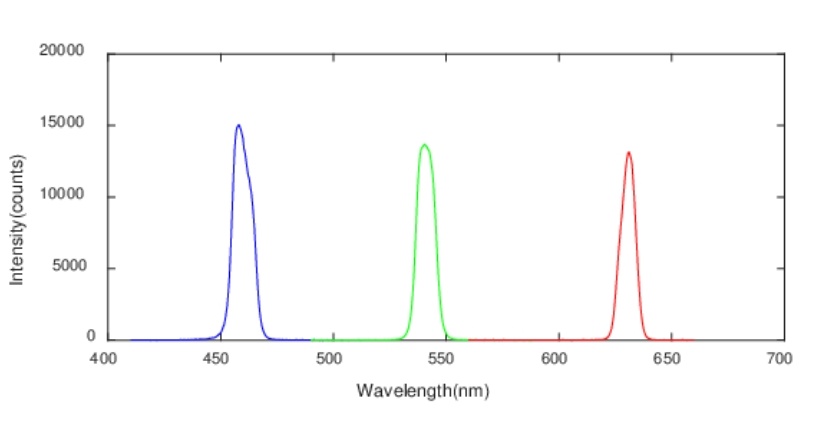 This is the spectrum$^3$ of a RGB white LED.

1.In order to have equal luminosity the spectral radiant intensity of the red and blue wavelengths must be greater than the green wavelength due to the difference in sensitivity of eye to different colours.

2.As pointed out by @Ruslan

Presence of a hue in white is extremely subjective. It depends on chromatic adaptation, and that, in its turn, depends on individual variation, in particular, age (which results in yellowing of eye lens) and amount and distribution of macular pigmentation. Actually, one might even disagree with himself on this question depending on whether he looks at the object with fovea or more eccentric part of the retina.

However as it is not possible to account for all possible variations, the luminosity function which is the average of such variations has been used to answer this question.

Not the answer you're looking for? Browse other questions tagged optics visible-light wavelength light-emitting-diodes or ask your own question.

5
What is the sun's spectral series?
19
Why fast eye movement splits a white LED into the RGB components?
1
Are RGB LED's only capable of producing three colors of light? What about all the other colors?
4
How to make a green LED as visually bright as a 0 magnitude star?
10
Why does the additive color model use red, green and blue instead of yellow, green and violet?
1
Human colour perception – summary needed
4
Why is wavelength of violet colour less than wavelength of blue colour?
2
Anti-blue light gear. Some claim to filter blue light without changing color perception. Real or fake?