Why center of mass is at the focus for elliptical orbits?

I know there are similar questions with answers like this one in physics stackexchange but before I read these I had a completely different argument with a different conclusion which I thought was correct but now I'm suspecting that there is something wrong with the argument. I just want to know what exactly is wrong with it. 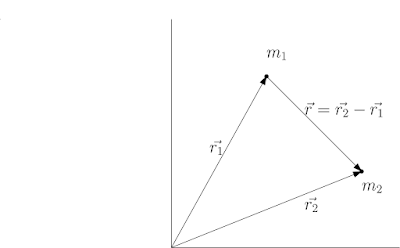 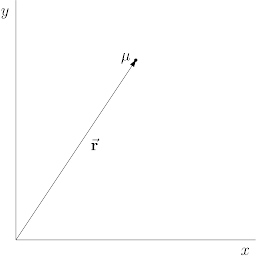 But I also know that $\vec{r}$ is the separation vector between particles of masses $m_1$ and $m_2$. So it seems to me that when I find the trajectory of $\mu$ (when I find $\vec{r}(t)$) it would also be the trajectory of $m_2$ with $m_1$ at the origin. But it seems my reasoning was wrong because it turns out that the center of mass is at the origin which is further reinforced by the fact that the angular momentum and energy of $\mu$ is the angular momentum and energy of the two body system in the center of mass frame. So there must be something I was missing. But I can't figure out what it is.

But I'm still solving for the separation vector $\mathbf{r}$ and not the actual positions of $m_1$ or $m_2$ with respect to the center of mass. My mistake was forgetting that the tail of $\mathbf{r}$ was an accelerating point. I thought that because I solved for $\mathbf{r}$ with it's tail fixed at my origin, it's motion must be the same $\mathbf{r}$ as seen if $m_1$ was my origin. But the rate of change of vectors when viewed in rotating frames are different from rate of change of vectors when viewed in inertial frames. So the viewed trajectory would be different. If $\mathbf{\Omega}$ is the angular velocity of $m_1$ at an instant with respect to the center of mass, then the rate of change of the separation vector as viewed with $m_1$ at the center is $$\left( \frac{d\mathbf{r}}{dt} \right)_{m_1} = \left( \frac{d\mathbf{r}}{dt} \right)_{cm} - \mathbf{\Omega} \times \mathbf{r} $$ So the trajectories are different. The actual trajectories of $m_1$ and $m_2$ are ofcourse given by $-\frac{m_2}{m_1 + m_2} \mathbf{r}$ and $\frac{m_1}{m_1 + m_2} \mathbf{r}$ respectively with the origin (center of mass) at the focus. But if $m_2 \gg m_1$ like in the Earth-Sun case, then the trajectory of $m_1$ with respect to cm is approximately $\mathbf{r}(t)$

You started by implicitly putting the center of mass at the origin.

If you put $m_1$ at the origin you have changed the setup.

Not the answer you're looking for? Browse other questions tagged newtonian-mechanics orbital-motion vectors inertial-frames celestial-mechanics or ask your own question.

4
Why is the center-of-mass of 2 bodies at the focus of their elliptical orbits?

1
Solving equation of motion of two massive particle exerting the gravitational force each other
9
Why does reduced mass help when talking about two body problems?
0
Meaning of the focus of an elliptical orbit
0
Creating a Gravitational 2-body simulation
1
Deriving position $\mathbf{r}$ in two-body problem with composite