Why is the value of volume charge density $ρ$ zero in lossy medium?

Given is the page of a book which I was studying. I was trying to study the derivation of the wave equation in a lossy medium. As I have underlined a sentence that says, "most of the case in which wave is propagating does not contain the charges". Why is it so? 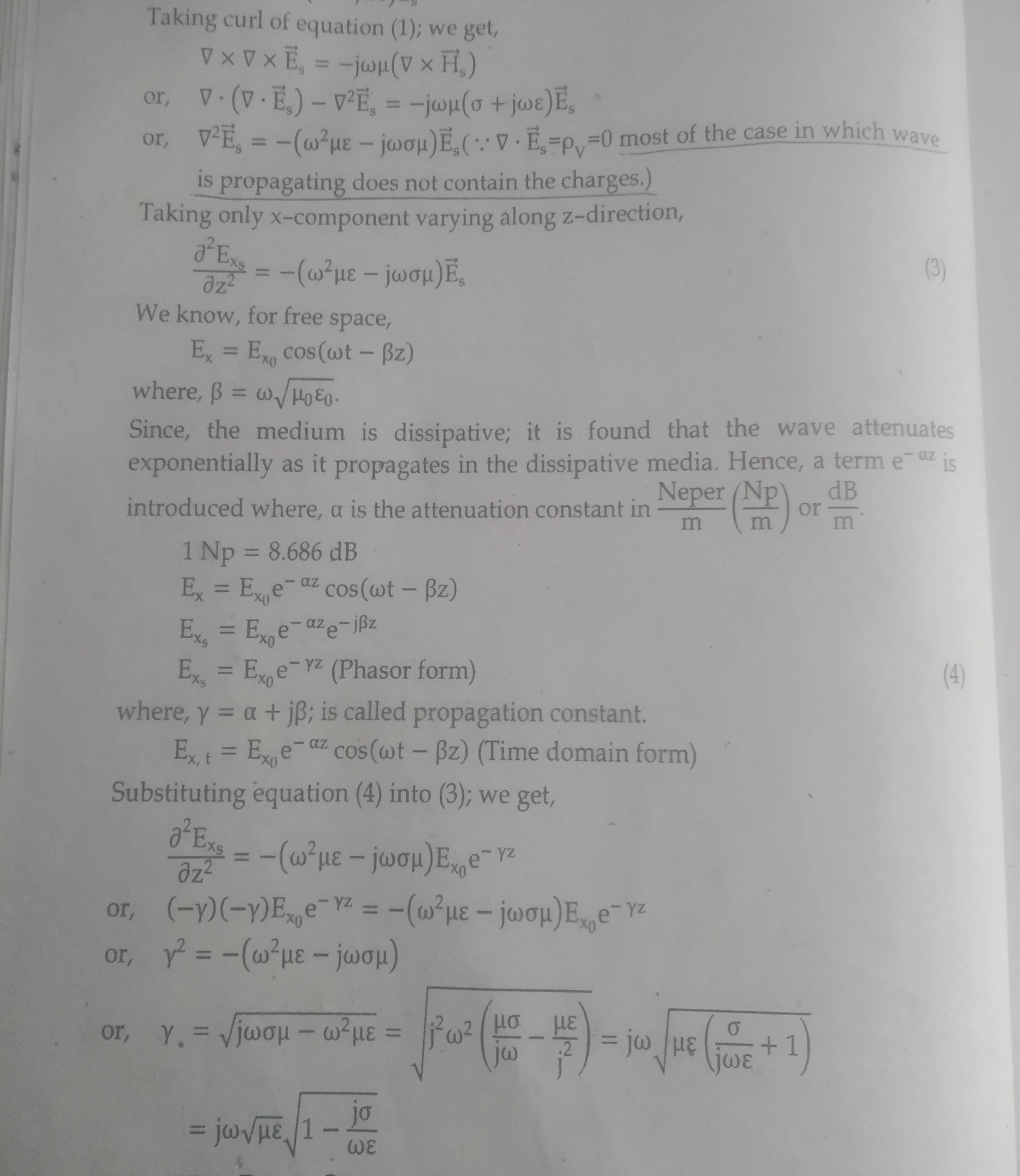 A lossy medium has non-zero conductivity, meaning charge carriers can get redistributed. For example, if at some point in time there is a large amount of charge localized in a region, the resulting electric field can quickly cause this charge to redistribute, until a zero charge density is reached.

Again, there are lots of counter examples, such as a pn-junction.

Not the answer you're looking for? Browse other questions tagged electromagnetism waves electromagnetic-radiation charge maxwell-equations or ask your own question.

3
What's the meaning of linear medium in electromagnetism?
2
Describing travelling waves carrying energy from one point to another
9
Why is the speed of light in a medium smaller than its value in vacuum?
2
Relation between wave attenuation and loss tangent in EM radiation
0
Why the Divergence of Electric field is Zero?
0
Wave Impedance of Conductor
1
Why is acoustic intensity inversely proportional to density of the medium?