Black holes are formed when energy is put in a small region of space, I was wondering if there is a threshold to how much energy should I add in a certain volume of space to get a black hole, I read about the Schwarzschild radius formula that tells us the radius of event horizon of black hole formed by a star of mass $M$. My question is that is there any relation between energy and volume of a region to form a black hole?

Can I use Einsteins Energy-mass equation to find the energy and substitute the value of mass in terms of energy in the formula of Schwarzschild radius so that I have a relation between radius of event horizon and energy contained in it and calculate volume accordingly?

However, in General Relativity, gravity isn't just caused by the amount of energy (including rest mass energy) in a region. The Einstein field equations say that the spacetime curvature is due to the stress-energy-momentum tensor. 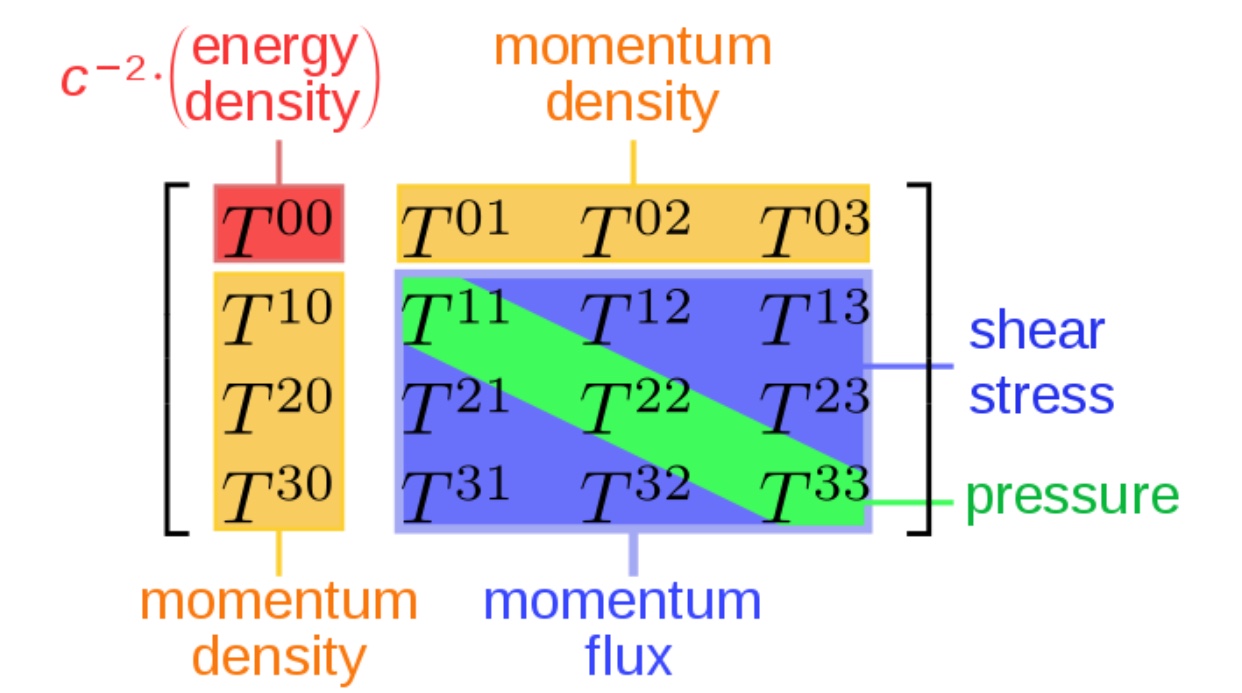 So to properly calculate the gravity as a black hole forms we also need to include the effects of pressure, momentum density, momentum flux, and shear stress.

That pressure term is very important. Normally in a star, there's an equilibrium between the gravity that's trying to compress the star, and the pressure due to temperature that's trying to expand the star. When a large star is on the verge of becoming a supernova, the temperature and pressure in the star core become enormous. And because the pressure is so large it increases the gravity, leading to a feedback loop that rapidly collapses the core, initiating the supernova explosion and the formation of the black hole remnant.

I should mention that that Wikipedia article is a little controversial. Please see the answers and comments here for details.

Not the answer you're looking for? Browse other questions tagged black-holes astrophysics event-horizon density or ask your own question.

23
What is exactly the density of a black hole and how can it be calculated?
20
How can super massive black holes have a lower density than water?
1
Definition of stress-energy tensor

0
Event-horizon black hole
2
Do supermassive black holes contain a singularity?
10
What is the region of space that exists at the center of mass of merging black holes?
0
Possible for certain black holes to transform into neutron stars?
1
Where is mass density information of a Black Hole?
1
Black Hole Formation