Apparent weight due to buoyancy

I was asked whether weight of a submerged object changes. The following is my current understanding of the matter and will likely contain errors. Please correct me, if I made any mistakes.

Imagine an object with a mass of 1 kg. If you submerge it in water, its apparent weight (not mass, mass stays the same) will be lighter due to buoyancy . (image by Johannes Kalliauer): 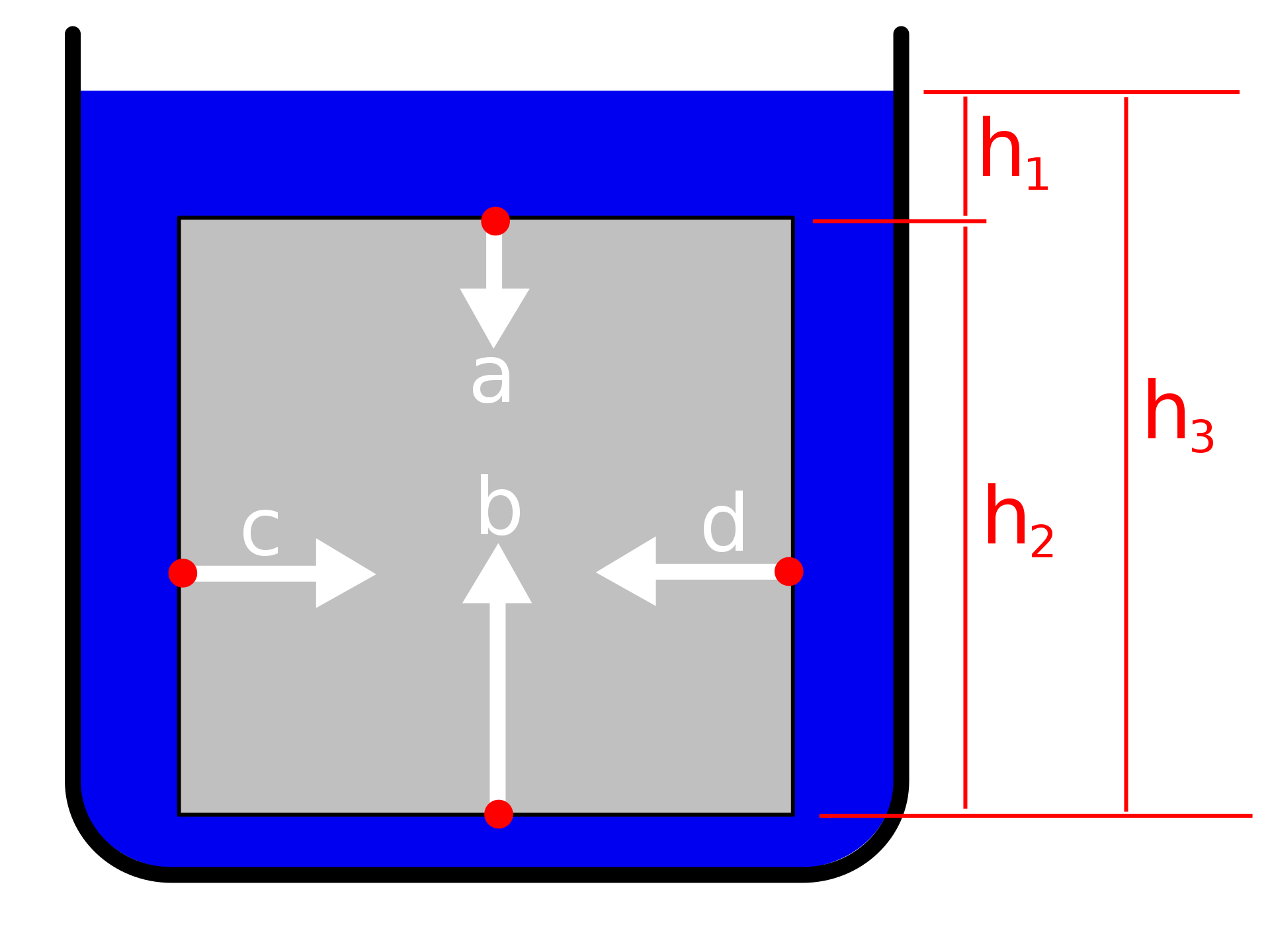 Because force vectors c and d are of the same value, but have a different direction, they annihilate each other. Force vector a has a lower value than vector b, because the hydro static pressure in a depth $H_1$, which acts on the top of the object, is weaker than the hydro static pressure in depth $H_3$, which acts on the bottom of the object. Adding both vectors together yields the vector of upthrust.

But what if you have a look at a static object on the sea floor? Since it is resting on the seafloor, there will be no more buoyancy. What remains, however, is the gravitational force of the object + the hydro static pressure acting on the top of the object (a).

According to Newton's third law, the sea ground counteracts the sum of both forces (otherwise the object will continue sinking into the ground).

What I don't get is, will this object resting on the sea floor result in a change of the object's weight when compared to an object that is affected by buoyancy?

Case 1 (practical case): There will almost always be a thin layer of water under the object, and thus the derivation for the buoyant force will still apply.

Case 2 (perfect situation) In special cases when there are no fluids between the object and the ground, then the object will act as a suction cup. Not only will there not be a buoyant force, it will be very difficult to remove it from the ground.

Now - what I don't get: would this (resting object on sea floor) result in a change of the object's weight compared to an object that is affected by buoyancy?

The weight of an object can be defined in many ways. Typically, it refers to $mg$ so as long as the gravitational field does not change, weight will be constant. The weight you are probably referring to is the perceived weight (value of the normal force).

In case 2, the normal force will be greater, as the buoyant force is gone.

Not the answer you're looking for? Browse other questions tagged fluid-statics weight or ask your own question.

8
Why doesn't hydrostatic pressure glue objects to the seafloor?
0
Why isn't the apparent weight of a body in a fluid equal to the buoyant force? Why does buoyancy reduce it instead?
0
Why is static fluid pressure below a submerged object not affected by the presence of that object?
0
What is the physical origin of buoyancy?
0
What is buoyancy?
1
A basic question of positive buoyancy,
0
Is the buoyant force of air implicitly neglected for an object half-inmersed in water?
4
How do you visualize the particles in liquid at a molecular level?
0
Super simple doubt regarding buoyancy/upthrust