Vapour clouds and the speed of sound

I've been thinking about this question for a while and I didn't get to any conclusion yet.

When an aircraft flies faster than the speed of sound (specifically when it achieves it) a cloud of condensed water becomes visible. Like in the figure below: 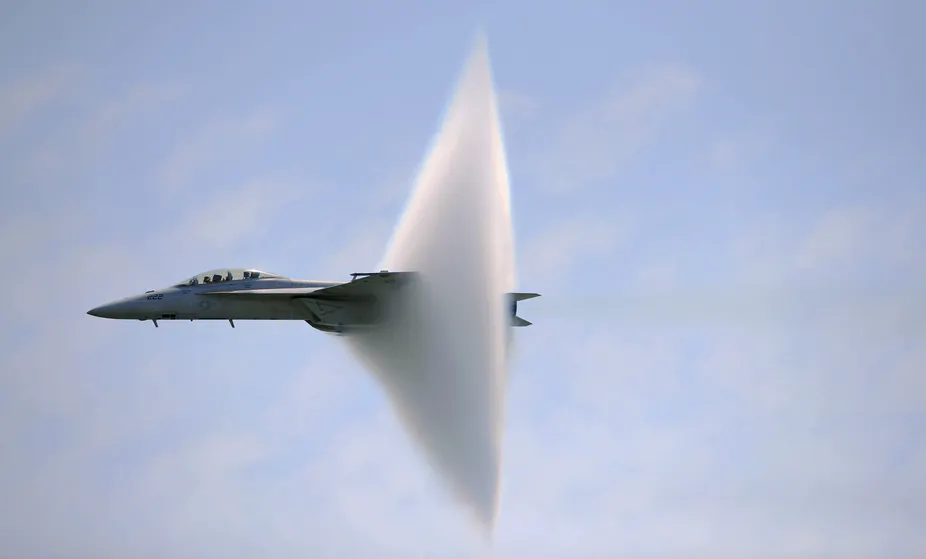 The Prandtl–Glauert effect vapour-cone will be there for all sufficiently fast (transonic) velocities. After a compression-shock bow wave, the moist air expands suddenly to below ambient pressure and cools below the dewpoint. The aircraft speed does not have to be supersonic. The cloud appears a bit below supersonic and, as does the compression shock, persists for all higher velocities.

Not the answer you're looking for? Browse other questions tagged thermodynamics velocity shock-waves or ask your own question.

1
Relation between speed of sound and compressibility
2
Using sinusoids to represent sound waves
4
Shock-waves, Bangs and the Speed of Sound
4
Why do vapour cones form around jet fighters?
0
Few doubts about saturated vapour pressure and unsaturated vapour pressure
0
sound waves hitting the ground
6
Why does atmospheric water vapor need dust particles to fall as rain?