Why is potential difference related to current i.e. flow of charge rather than a single charge in OHM's LAW?

Please try to understand it intuitively, what i mean to say is that in the below circuit, 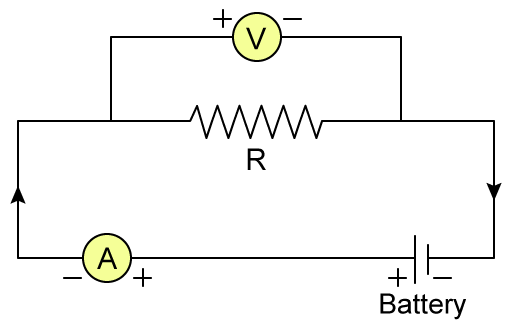 ** (assuming wires have negligible resistance and there is no loss of energy elsewhere).

In essence what I mean to say is that, if we keep the voltage source same and change the resistance, the energy lost per unit charge remains same (even though the same charge moves through different amount of resistances), but we have increased/decreased flow of charges respectively.

Why is it so? Why is the rate of flow of charges altered when we change the resistance but not the energy lost per charge, even when the resistances are different and the same charge moves through them?

I really hope you understand what I am asking...

Compare the flow of charge from one terminal of a power supply to another with the flow of water through a pipe from a high tank to a low tank. The analogous quantity to potential difference (energy transferred per Coulomb) is height difference (energy transferred per kilogram weight) of water. [I'm sure you know the equation for change in gravitational potential energy: $\Delta E_{grav}=mg \Delta h$.]

Suppose we use a narrower pipe. The rate of flow of water will decrease, but the height difference will stay the same. For each kilogram of water going from the top tank to the bottom tank, the same amount of energy will be transferred (but more slowly). Similarly in the electrical case; if you exchange your 5 $\Omega$ resistor for a 10 $\Omega$ resistor the charge will flow at half the rate, but the energy transferred per Coulomb will be the same.

The potential difference, or voltage, between two points is the work required per unit charge to move the charge between the points. The potential difference in this case is fixed at the voltage of the ideal battery in the circuit. Therefore the same work per unit charge will be done to move the charge through the resistor no matter what the value of the resistor. However the rate at which work is done will not be the same.

If we halve the resistance, then

or double the power.

Not the answer you're looking for? Browse other questions tagged electric-circuits electric-current electrical-resistance voltage batteries or ask your own question.