Wikipedia says that two identical fermions cannot occupy the same quantum state. My question is what this quantum state means? In classical mechanics, this means that the two particles cannot have the same position and velocity.

Orbitals are places where an electron has a 90% chance of being there. Is that the same with quantum states? Is a quantum state of a particle a place where is has a chance (f.e. 90%) of being there?
I asked this question to understand quark and neutron stars, so the fermions aren't in atoms. In wikipedia, they explain it for fermions in atoms, but not for the other fermions. If you answer this question, please explain it for fermions who aren't in atoms, but in neutron or quark stars.

A quantum state is a bit of a nebulous concept. A quantum state is an abstract vector in Hilbert space that can be represented in various bases, like energy or position. In any basis, the most general pure quantum state can be written as an arbitrary normalized superposition of eigenstates.

It sounds like you may have learned a more heuristic definition of orbitals that may be more apt to chemical thinking. To physicists, orbitals are a consequence of the quantization of angular momentum in atoms. Energy eigenstates in hydrogen, for example, can be labeled by energy level $n$, angular momentum (orbital) $l$, and magnetic number $m$.

Pauli exclusion is just the statement that antisymmetric wavefunctions are only non-zero when all states are at most singly occupied. If I have two fermions both in the state $\psi_1$, then antisymmtrization requires the full wavefunction to be $$\Psi= \psi_1(x_1) \psi_1(x_2) -\psi_1(x_2) \psi_1(x_1)=0$$

So, for the systems you’re interested in, what are the $\psi_i$? Since neutrons stars have ~$10^{57}$ neutrons and have a surface temperature of 600,000 K, they are very well described by statistical mechanics. Modeling a neutron star as a Fermi gas, the quantum states are energy eigenstates (or equivalently, momentum eigenstates). To do this we use the Fermi-Dirac distribution: 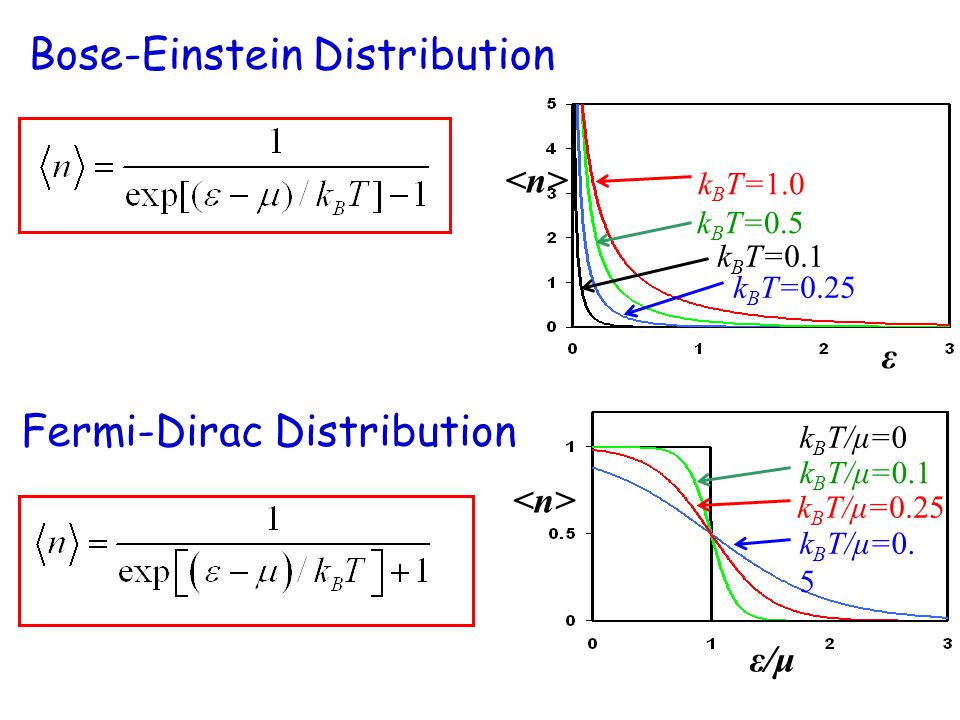 Notice that the Fermi-Dirac distribution never exceeds an occupation number of 1, while the Bose-Einstein distribution (applicable to bosons) often does. This is because, at a given temperature, a bosonic system can lower its total energy by clustering many particles at the lowest energy states. Fermionic systems don’t have this luxury, precisely because Pauli exclusion forbids more than one fermion from occupying the same state.

So, what does this mean for neutron stars? Remember from the hydrogen atom that more energetic states are spatially less localized to the nucleus. Very heuristically, think about it like this: In a neutron star, gravity is constantly pulling in, trying to collapse the star. If I’m the outermost, highest-energy neutron, gravity desperately wants me to lower my energy to decrease the star’s size. However, there’s nowhere for me to go! I’m only all the way up here in energy because all the spots below me were taken. This is degeneracy pressure, which is more rigorously discussed e.g here.

In a mathematical sense, quantum states are vectors in a type of vector space called a Hilbert space. Let's symbolize the vector by $| \psi \rangle$. For two identical fermions, this must be antisymmetric (the minus sign): $$|\Psi \rangle = |l_1 l_2\rangle - |l_2 l_1\rangle$$

Not the answer you're looking for? Browse other questions tagged quantum-mechanics orbitals pauli-exclusion-principle neutron-stars or ask your own question.