Why is Poisson's ratio necessary, when we know that volume stays constant?

We need Poisson's ratio $\sigma$ precisely because the volume is usually not conserved when we stretch, squash or twist something. An exception is ordinary rubber which is, to a reasonable approximation, incompressible, so for rubber $\sigma=1/2$. For steel it is about $.3$.

Notice, only normal stresses are responsible for causing volumetric strain or change in volume of a material. The shear stress causes distortion of shape of the object but doesn't change its volume. 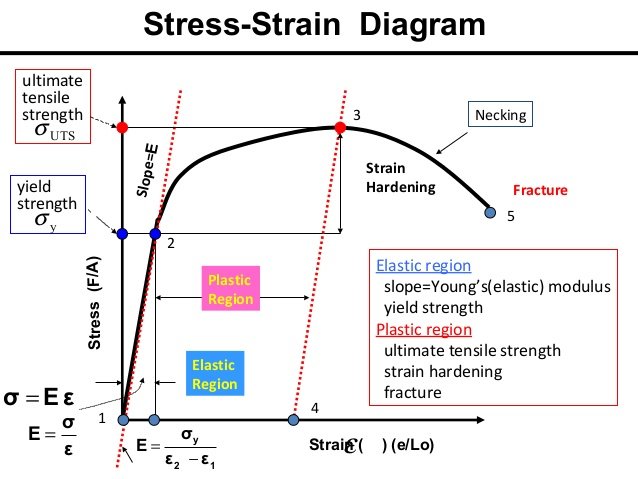 Engineering stress-strain curve can be divided into two regions

In general, the volumetric straight $\large \epsilon_v$ of any object or component (having Young's modulus $E$ & Poisson's ratio $\nu$ ) subjected to three normal stresses $\sigma_x, \ \sigma_y \ $ $\sigma_z$ along X, Y & Z axes respectively within the elastic limit, is given by $$\large \epsilon_v=\frac{(\sigma_x+\sigma_y+\sigma_z)(1-2\nu)}{E}$$ The above volumetric strain $\epsilon_v$ of a material will be zero i.e. volume of material will remain conserved in following two cases

1.) if $\sigma_x+\sigma_y+\sigma_z=0\ $ i.e. when a material is subjected to three normal stresses such that their (algebraic) sum is zero for example $\sigma_x=50\ kPa$, $\sigma_y=20\ kPa$ & $\sigma_z=-70\ kPa$, the volumetric strain $\epsilon_v=0$ i.e. volume of the object or component remains conserved withing elastic limit irrespective of material or Poisson's ratio $\nu$.

2.) if Poisson's ratio $\nu=0.5$ for example rubber, the volumetric strain $\epsilon_v=0$ i.e. the volume of such material remains conserved withing elastic limit irrespective of types of stresses which the material is subjected to.

In plastic region (beyond elastic limit), the volume of a component subjected to external forces or loads remains ideally conserved. The material obeys power law of strain-hardening i.e. $$\sigma=\sigma_o+K\epsilon^n$$ Where, $\sigma$ is flow-stress, $\sigma_0$ is yield flow-stress beyond which material deforms plastically, $K$ is strength coefficient, $\epsilon$ is plastic strain, $n$ is strain-hardening exponent.

Take a (circular) rod. Stretch it along its axis in the reversible (elastic) region of behavior. Assume the material is isotropic. To first order, the following expression can be derived:

where $dV/V_o$ is the relative change in volume referenced to the initial volume, $\nu$ is the Poisson ratio, and $\epsilon_a$ is the axial strain $dl/l_o$.

From this you can see that the only time we will have anything approaching a true conservation of volume is for $\nu = 0.5$ for an isotropic material under exceptionally small axial strain. The latter restriction is so that the higher order terms do fall off to zero.

Volume is conserved in plastic deformation, so the density of a broken sample after a tensile test should be the same as the initial one.

But during the test, while stressed, there is a (very small) change in the volume. For no change at all the poisson ratio should be 0.5.

Not the answer you're looking for? Browse other questions tagged material-science elasticity stress-strain or ask your own question.