Can I break the degeneracy of energy eigenstates if I know which irrep of the group they transform as?

Say I have a quantum system with a symmetric potential, whose symmetry is described by a group $G$.
I know the character table of $G$, its irreducible representations, can work out the projection operators $\Pi_j$ etc.

With imaginary time evolution, I can find the spatial part of the energy eigenstates $\phi_{E_i}$. If there are degeneracies, however, what I will get is the sum of the degenerate eigenstates at the same $E_i$: $\psi_{E_i} = \sum_j \phi^{(j)}_{E_i}$.

Reason for the question: From this answer:

Suppose there is a group of transformations $G$. Then it acts on the Hilbert space by some set of unitary transformations $\mathcal{O}$. The Hilbert space is therefore a representation of the group $G$, and it splits up into subspaces of irreducible representations (irreps). The important thing is that if $|\psi\rangle$ and $|\phi\rangle$ are in the same irrep iff you can get from one to the other by applying operators $\mathcal{O}$. 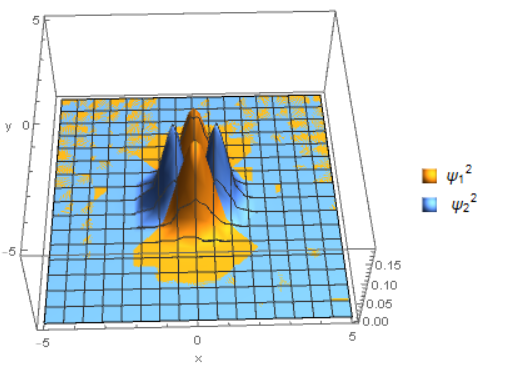 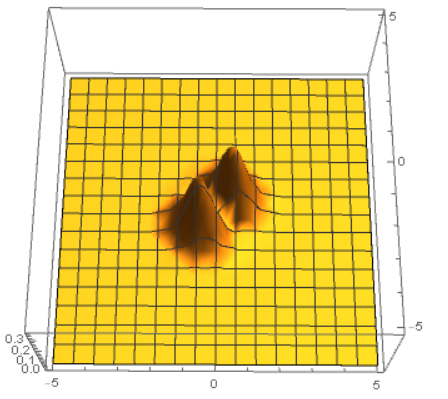 The group and irrep information about the 2D harmonic oscillator is from here:

and the other canonical source is

Assume you know the degeneracy of the level is $n$. Then you can run the imaginary time evolution $n$ times, orthogonalizing to all previously-found wavefunctions each time, to obtain a complete basis for that energy level. In this basis, the action of each group element corresponds to a finite-dimensional matrix. Computing the elements of these matrices is straightforward. The problem thus reduces to simultaneous block-diagonalization of the matrices.

Whether this is tractable depends on specific facts about the group. The easiest case is a finitely-generated Abelian group. Then by Schur's lemma, the problem reduces to simultaneous diagonalization of a finite set of finite-dimensional matrices, for which there are known algorithms.

For a finitely-generated nonabelian group, simultaneous block-diagonalization of the matrices corresponding to the generators will suffice. I'm not sure if there are good known algorithms for this.

If your group is a Lie group, then probably it suffices to block-diagonalize every element of a basis for the corresponding Lie algebra (possibly with some restrictions that the group be simple or otherwise "nice", and note that this is only practical for finite-dimensional Lie groups).

Not the answer you're looking for? Browse other questions tagged quantum-mechanics symmetry group-theory representation-theory or ask your own question.

4
Proving the unitary relation of ensemble decompositions
1
Separating the action of Hamiltonian and Symmetry (Block diagonalize Hamiltonian)
6
Concrete example that projective representation of symmetry group occurs in a quantum system except the case of spin half integer?
4
Expansion coefficients of an arbitrary state in the Hilbert space of one-particle states
6
Symmetry group of two complex scalar fields with different masses
0
The overlap of two Slater determinant states
1
Can the correspondence between irreps of $SU(N)$ and Young diagrams be interpreted as particle permutations only for the fundamental representation?
0
Terminology about the tensorial represention of a group