Can pressure gradient force be balanced by Coriolis force?

I was learning about wind from my class textbook. In that there is first a description of forces affecting the velocity and direction of wind followed by that is geostrophic wind.

If two vectors are perpendicular to each other then they are independent and so do not affect each other.

Following are the images of my text book: 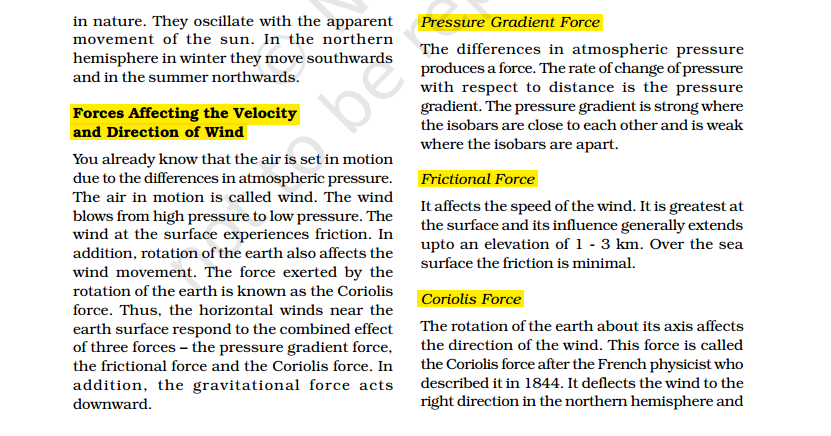 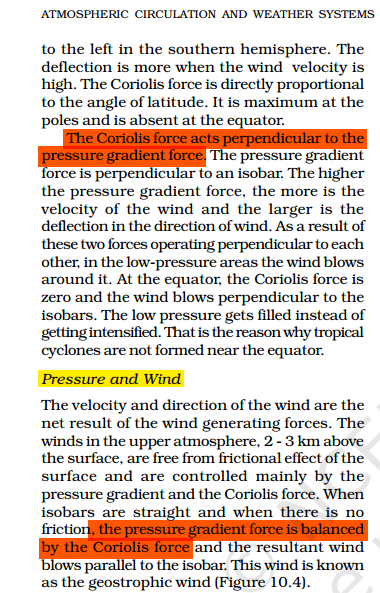 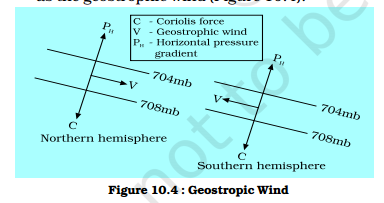 Please help me understand which of the two highlighted(red) text is true. Or if both are true and I am making some mistake then kindly clarify.

Let me first get this out of the way: clearly you shouldn't try to learn from that book at all. It seems likely that it contains many more fatal errors.

The coriolis effect acts perpendicular to the direction of the air flow.

I wouldn't say the book is wrong, but it certainly isn't very clear.

A video of this is available here: http://ww2010.atmos.uiuc.edu/(Gh)/guides/mtr/fw/geos.rxml

3
If a hot Jupiter was not tidally locked, then are there any specific cases where its wind speeds would be milder than those found on Jupiter?
5
How much atmospheric pressure (CO2) is required to carry iron oxide dust in the wind?
4
Is the pressure-gradient force an entropic force?
10
Coriolis force and conservation of angular momentum
8
Extremum principle for gradient wind balance
0
Inertial reference frames in an atmospheric science context
1
Magnitude of Coriolis force given an east-west velocity
4
A question for expert in geometrical method and Riemannian metrics
0
How can flow along a stream line with constant pressure spatially change its velocity?