Can a free String Field Theory be described in terms of a “wavefunctional” of classical string field configurations?

A free scalar QFT can be understood as a wavefunctional that maps classical field configurations to complex numbers representing amplitudes.  An eigenstate of this basis is a classical field configuration that assigns a specific real number to each point in spacetime $n$.  Each of these points can then be thought of as a local oscillator, and the global field as an array of oscillators.  One can calculate the expectation value of the displacement or field strength $q(n)$ of such local oscillators in arbitrary global states (which for practical purposes are never actually eigenstates of this basis).

For example, when one thinks of a quasi-localized one particle state in a free QFT (see diagram), the wavefunctional of such a state is one in which the oscillators at and near the localization point have higher expectation values for their displacement relative to other sites.

In this sense it is apparent how and why the underlying degrees of freedom are fields and how particle states, coherent states, etc., are particular superpositions of configurations of fields. 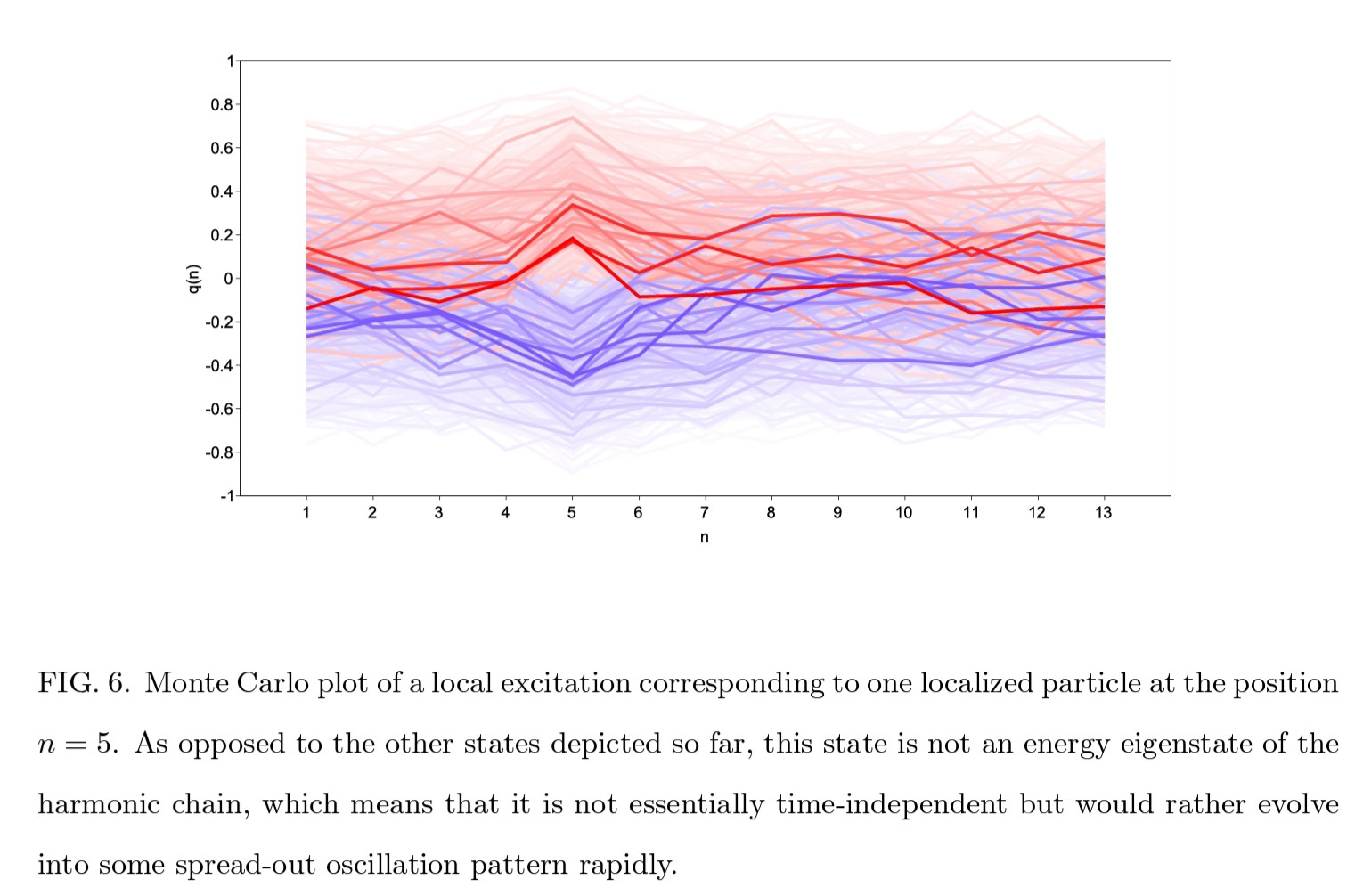 Does this reasoning generalize to a free scalar String Field Theory?

In furtherance of this, I am imagining a system where each of the local oscillators  - each $n$ in the diagram - is replaced by a space of all unique classical 1D string "shapes" or "curves" $\sigma_i$ which pass through $n$. Perhaps these are the curves with n as its midpoint, as its center of mass, or as some arbitrary point, given some fixed choice of coordinates along the string.

Then, in an eigenstate of the string field wavefunctional, one assigns a real number to each such $\sigma_i$ at each point $n$.  So classical string field values $q(n[\sigma_i])$ are assigned to each $n[\sigma_i]$.

Note a field configuration is now an infinite set of values at each point $n$, one for each $\sigma_i$, and not merely a single value at each $n$.  In a general state of the string field, which is a superposition of these classical configurations, one has an expectation value for each $q(n[\sigma_i])$.  The underlying system is then like an array of "string oscillators" which are displaced about their origin.

I expect this procedure would have to be duplicated for each internal mode of the quantized string itself, treated as a separate field/array.  A point $n$ could be indexed to a reference background spacetime or to a brane worldvolume.

Is a straightforward analogy like this sensible?  Or are there string-theoretic reasons why in the generalization to strings, only a Fock representation is a viable form of second quantization?

I'm not expecting that this is in any way a practical or useful approach to string theory, just whether it is a faithful or misleading way to think of the general idea of a string field theory.

String field theory is vastly much more sophisticated than that.

Let me mention a few points to illustrate why the way you propose to visualize string fields theory is not a good one.

The best I can do is to recommend some good divulgative texts in the beautiful subject of string field theory (and related string issues).

How and why strings generalize geometry

Not the answer you're looking for? Browse other questions tagged quantum-field-theory string-theory second-quantization or ask your own question.

3
Given expectation values for E and B, can you find an associated state?
17
Isn't gravity non-local and non-causal?
9
Noether currents in QFT
9
Is the String Field of String Field Theory the same (ontologically identical to) as the field of QFT?
5
Operator product expansion (of free field theory) in functional quantization approach