A Faraday cage blocks electromagnetic fields, provided they are not intense enough to change the state to something non-conductive (e.g. slicing it in two with a laser).

Is there any analogous system that blocks non-local quantum effects, including tunneling?

I have only a layperson's knowledge of quantum mechanics. If my question makes sense as stated, I'm hoping to an answer. If not, I'm hoping for a reframing that does. Such a barrier is intended to set up a plot element in a story I'm writing.

There are cases where tunneling is suppressed. For example, if you have a square potential barrier and send a particle towards it, the transmission (measuring the tunneling rate) coefficient oscillates as a function of energy. That is, for some energies the tunneling rate is lower than one might expect. 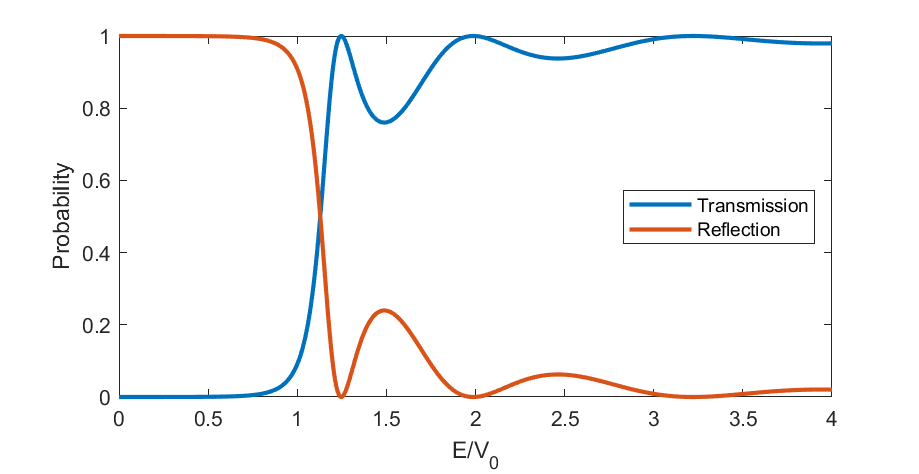 For low energies the particle bounces back with high probability, but there is some tunneling rate. As the energy becomes larger than the barrier, there is at some energy levels enhanced reflection and less tunneling. However, the tunneling rate never goes down to zero in this case (although there are energies where the reflection is zero).

By analogy to optical high-reflection coatings I suspect a more clever arrangement of potential steps would boost the reflection a lot, but only at some energies.

The reason the Faraday cage works is that the conductive metal responds near-instantly to changes in potential outside, producing currents that counteract induced currents and equalizing the charge distribution to stay isopotential. The problem for a "quantum Faraday cage" is that it needs to be expressed in terms of the wave function of the impinging particle: it is not a separate thing. In some sense this is always true (there is just one electron field, and all electrons and positrons are excitations of that field), but for calculating and designing it is usually far more convenient to deal with things that are modular. In the above example the potential step is just assumed to be there, and I calculate the effects on a particle. Doing it for a system including the step as a quantum object would be very, very hard.

Addendum: I implemented the transfer matrix method to allow multiple barriers. Here is the effect of 8 barriers, one unit wide and separated by 1/3 units.

The result is that tunnelling is unsurprisingly suppressed for low energies - a wave packet needs to tunnel 8 times to get across. But more interesting, even for energies above the barrier height (that classically would just sweep past) there are some fairly wide ranges like $E\approx 1.25$ where transmission is strongly suppressed. One could say this a partial quantum Faraday cage.

One neat result from transfer matrices is that they can be expressed in terms of reflection $r$ and transmission $t$ amplitudes like $$M=\left ( \begin{matrix} 1/t & r^*/t^* \\ r/t & 1/t^* \\ \end{matrix} \right ).$$ This immediately shows that if we want $t=0$ we end up with a matrix with infinite coefficients. We can easily get the $r=0$ case, but not the opposite one. So at least for this 1D case I think this proves that perfect quantum Faraday cages are not possible.

Not the answer you're looking for? Browse other questions tagged quantum-mechanics electromagnetic-radiation quantum-tunneling non-locality casimir-effect or ask your own question.

0
Quantum mechanical tunneling
0
Threshold size for quantum effects
0
Relation between Casimir Effect and Quantum Tunnelling
3
Quantum Mechanics Tunneling
1
Do any quantum interpretations not include nonlocality?
1
Quantum mechanical effects on humans
0
About blocking of microwaves
2
What Prevents Delayed Choice Quantum Eraser Experiment from Being Used to Predict the Future?