Perhaps it goes without saying, but according to Newton’s laws “every action has an equal and opposite reaction”. How do astronauts, especially those inside small spacecraft like the Crew Dragon, not “push” the spacecraft when they bounce and push off walls? In orbit, where even button-sized ion thrusters push spacecraft, how does an astronaut pushing against a wall not cause it to move or spin?

It is worthy of note that, similarly, the combined angular momentum does not change. However, the orientation of the axes of the combined system can change, so there is not a perfect analogy between translation and rotational motion. See "How cats land on their feet".

How do astronauts, especially those inside small spacecraft like the Crew Dragon, not “push” the spacecraft when they bounce and push off walls?

You're right that when an astronaut collides with the walls of the spacecraft, some of their momentum is transferred to the spacecraft and in turn their momentum either reduces or gets reversed in direction. However, as S. McGrew states in his answer, the centre of mass of the system (astronaut + spacecraft) doesn't move in the long term. This is a result of the law of conservation of linear momentum.

In orbit, where even button-sized ion thrusters push spacecraft, how does an astronaut pushing against a wall not cause it to move or spin?

Even the world's most powerful rocket engine cannot move a spacecraft if its nozzle is mounted "inside" the spacecraft such that all the exhaust particles have no way to go out. 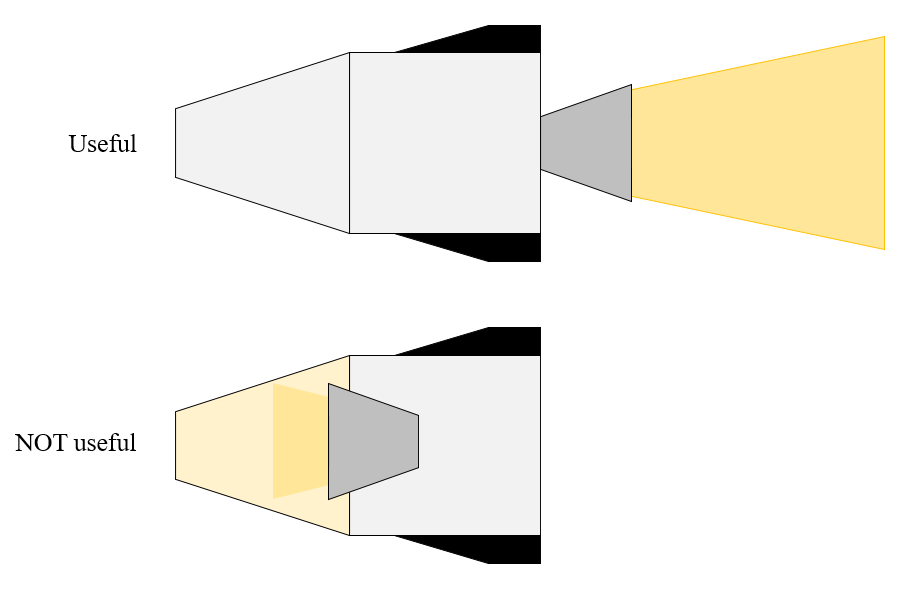 In short this is because, any useful momentum gained by the action of the engine is cancelled by the collision of exhaust particles on the opposite side of the nozzle and hence causing no motion of the centre of mass in a long duration.

In your case, an astronaut can cause the spacecraft to spin by running along the circular perimeter. Again masses (or more precisely moments of inertia) of astronaut and the spacecraft matter and the effects are usually small.

Note that this is routinely done by mechanical means. Long duration missions orient the spacecraft with reaction wheels--they move a lot faster than the astronaut could but it's the same thing--and it turns the spacecraft only very slowly.

Not the answer you're looking for? Browse other questions tagged newtonian-mechanics momentum conservation-laws rocket-science space-travel or ask your own question.

11
How does a satellite maintain circular orbit?

39
Why don't modern spacecraft use nuclear power?
17
Why are spacecraft made to "spin" after launch?
5
What properties would the ideal material for spacecraft construction possess?
1
spacecraft thrust through means other than liquid propellants
1
Block on a horizontal surface being pushed against a wall
0
What can "action" mean in "All the action takes place inside the rocket"?