How do we decide which tension forces get included in the force- and torque-balance equations? 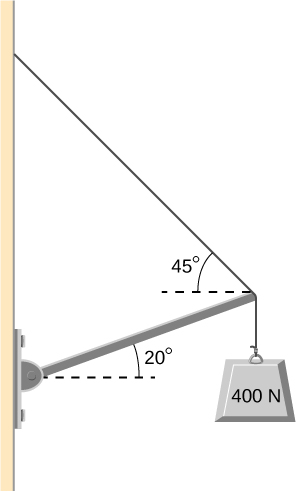 To get the correct answer, we can define the hinge as the origin and set up the appropriate force- and torque-balance equations. The correct equations include the tension in the cable (one variable) as well as the tension in the boom (which is the negative counterpart to the force on the hinge; two variables). Then $$\sum F_x = 0 \\ \sum F_y = 0 \\ \sum \tau = 0 $$ is a square system.

But why don't we include the tension in the wall between the hinge and the point where the cable is attached? If we do include it, we have two more variables; can we come up with two more equations so that the system remains solvable?

Browse other questions tagged homework-and-exercises newtonian-mechanics equilibrium statics or ask your own question.

1
Two problems with free body diagrams. Contradictions (solutions are provided)
1
Closed form for shape/tension of an elastic cable slung between two points
0
Static equilibrium- when do you use forces and when do you use torques?
3
Proof for condition of a Force being conservative
1
Two standing sticks with a hinge, seems to lead to a paradox?