Jitter in timing photons from corner-cube retroreflector arrays on the Moon; does each recorded pulse come from one single cube?

Earth-based lasers hit only one of these Apollo-era corner cubes and it’s impossible to know which one. That leads to uncertainty in the cube’s exact location on the Moon. Thus, timing of the laser ‘returns’ from the Moon to Earth using the old Apollo retroreflectors is hamstrung in their precision.

My question is not if it is a good idea to learn about Physics by reading articles in Forbes, it's about the physics behind the "Earth-based lasers hit only one of these Apollo-era corner cubes..." bit.

The retroreflector array is a large number of discrete reflectors, and while the astronauts took pains to align the array normal to the average direction towards Earth it's not perfect. Reflection across one reflector can be fairly coherent, but between each one and the others there will be delays of millimeters or even centimeters.

My problem is in understanding what happens when counting and measuring the arrival time of photons in this case. It's a pulsed laser and most pulses result in either zero or one photon recorded in a photomultiplier tube. 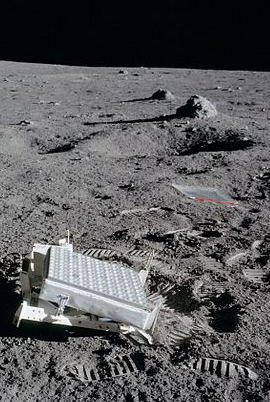 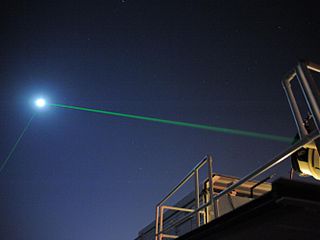 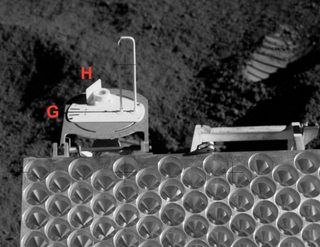 Because the size of each cube is much smaller than the diffraction-limited spot from the laser/telescope combination, and in fact because the whole array is much smaller than the diffraction- limited spot, each photon from the source is a wave function that is spread out over the whole array and beyond. That means that, as long as there is nothing to limit or measure which cube a photon can reflect from, it is quantum mechanically impossible to know which cube a photon received back on Earth was reflected from. That in turn means it was reflected from all of them.

The amount of jitter observed here is less than the duration of the laser pulse, so can be completely attributed to uncertainty re which (temporal) part of the pulse contained the received photon.

Not the answer you're looking for? Browse other questions tagged optics measurements or ask your own question.

3
How is a result of no time variation in the gravitational constant $G$ related to a measurement of no local expansion?
2
To what quantum mechanical 'discoveries' have retroreflectors on the Moon contributed?
1
Roughly how large is the reflected pattern on the Earth by a retroreflector array on the Moon illuminated by a laser on Earth?

20
Amateur moon laser ranging
1
Can one calculate the distance from Earth to the camera, given a single picture?
5
Optical Retroreflectors: How Are the Faces So Accurately Righted?
2
Can we tune the Mach-Zehnder modulator or equally mix it with a pure RGB laser signal with a broadband optical source at the same efficiency?
3
Where does the definition for energy in PDE come from in physics
2
Why does the red light from Sun bend towards the moon during the total lunar eclipse?
8
What is the minimal equipment required to observe the Apollo lunar retroreflectors?