Is the analytical dependence of the theoretical Higgs potential with temperature known?

At the very beginning of the unvierse, the Higgs potential had a paraboloid shape. After the electroweak Symmetry Breaking, it took the mexican hat shape.

Is the analytical dependence of Higgs potential with temperature known ?

The formalism used to describe the temperature dependence of the Higgs VEV is called a finite temperature effective potential (FTEP). 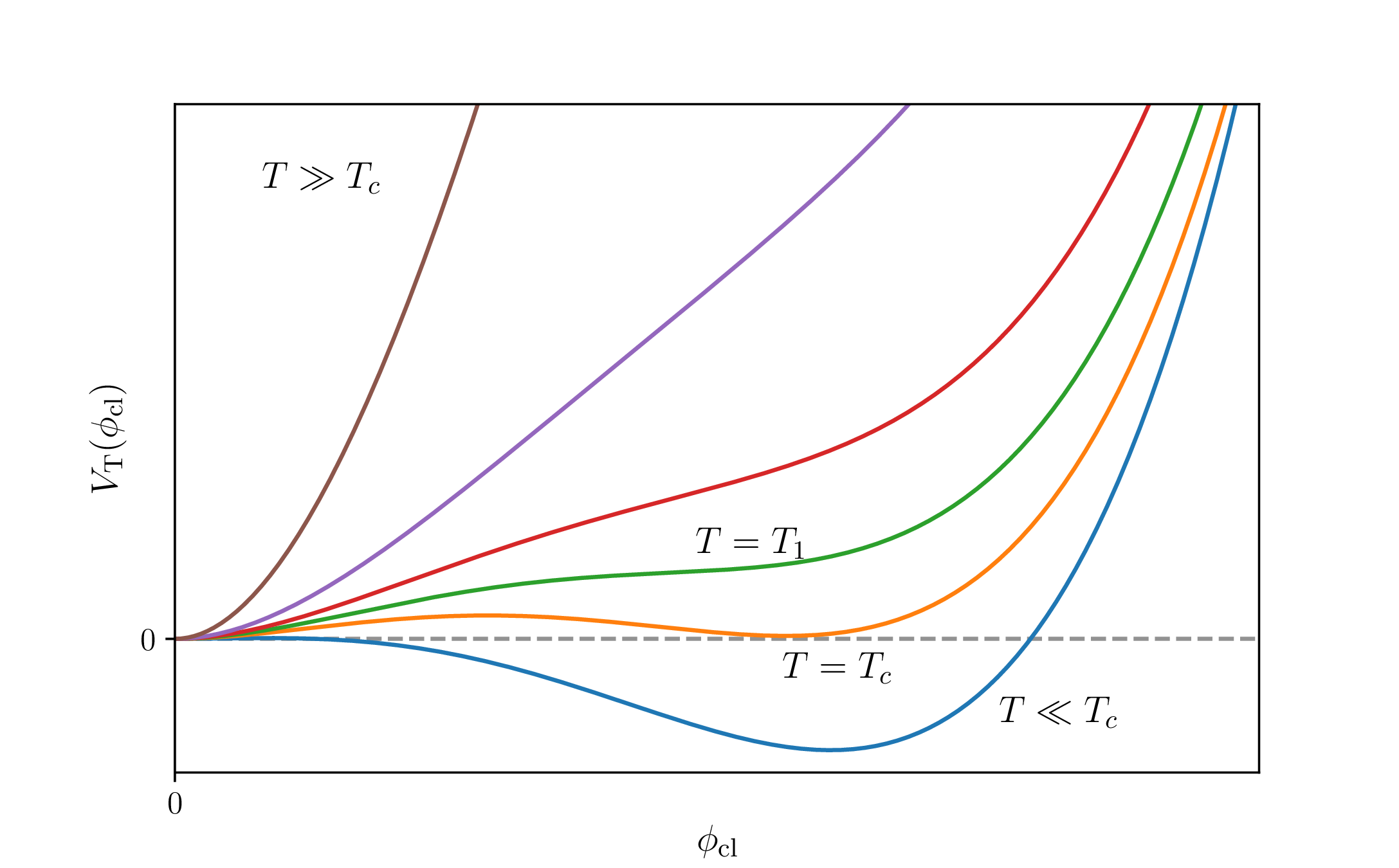 Note that the expression above is only valid for high temperatures, so plotting out that potential will not produce the same figure.

Not the answer you're looking for? Browse other questions tagged temperature standard-model higgs symmetry-breaking or ask your own question.

2
Temperature dependence of the Higgs VEV

14
What are the alternatives to the Higgs mechanism?
2
Terminology of Higgs boson and Goldstone boson
1
Why didn't we have inflation when the theory of everything and GUTS broke symmetry?
4
Origin of Mexican hat potential in Higgs mechanism
0
Other theories where other stuff influences the Mexican Hat Higgs Potential beside Temperature
2
Higgs critical temperature?
6
According to the Standard Model, were there 4 Higgs bosons at the beginning of the universe, before the electroweak symmetry breaking?