I am learning Length Contraction from the book Special Relativity and Classical Field Theory by Leonard Susskind.
There are two frames with relative speed $v$ along the x-axis. If my frame is at rest, then the other frame is moving with velocity $v$ towards right, i.e., towards the positive x-axis. The following picture shows the world line of the moving frame w.r.t. my frame, $\overline{OQ}$ is the length of a one-metre ruler in my frame. 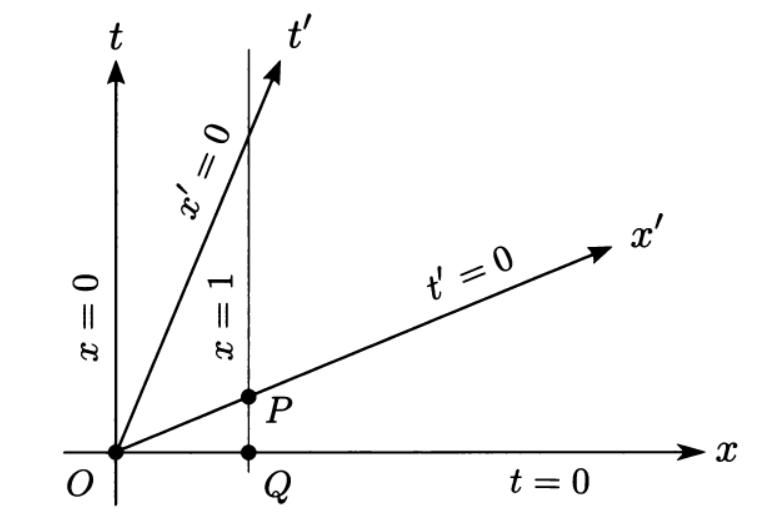 First, we need to describe what length of an object is?

The length of a ruler is the distance between the two coordinates of endpoints of the ruler which are measured simultaneously. Now, 2 simultaneous events happening in one frame might not be simultaneous in other and that's where length contraction comes in.

So $\bar{OP}$ defines the object in the primed frame; $\bar{OP} < \bar{OQ}$, but that is not obvious from the diagram because the tic marks on both $t'$ and $x'$ are dilated by a scale factor:

where the angle alpha is: