Do reflected and incident rays interfere?

I have a very simple question about incident an reflected waves. Consider for instance an incident light ray on an interface between two different materials. We know that there will be a reflected wave (with same angle of incidence) and a transmitted wave.

Let's focus on incident and reflected waves. My question is: do these waves interfere and become one single wave, or will they be separate?

I have inserted the following picture to explain better my doubt: 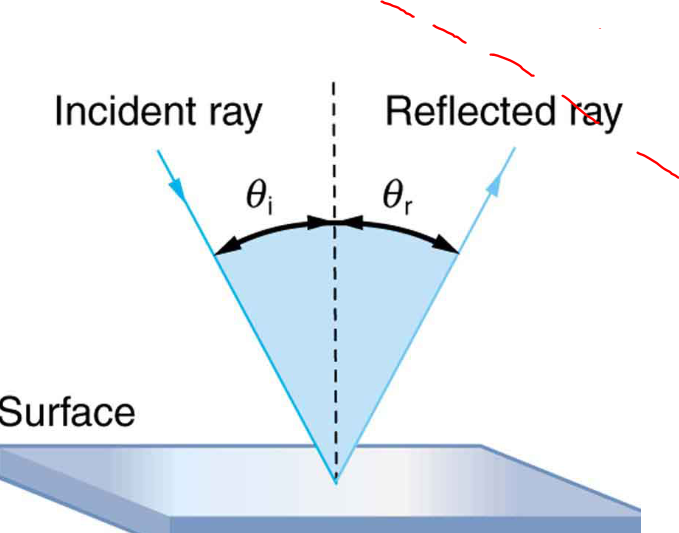 From what I know from electromagnetic waves, I'd say they would interfere (because they have the same frequencies). But if it is true, I do not understand why we usually draw two rays with specific directions for incident and reflected waves as if they were separate entities.

In a more realistic way you would draw wave beams instead of rays, like in the image below. 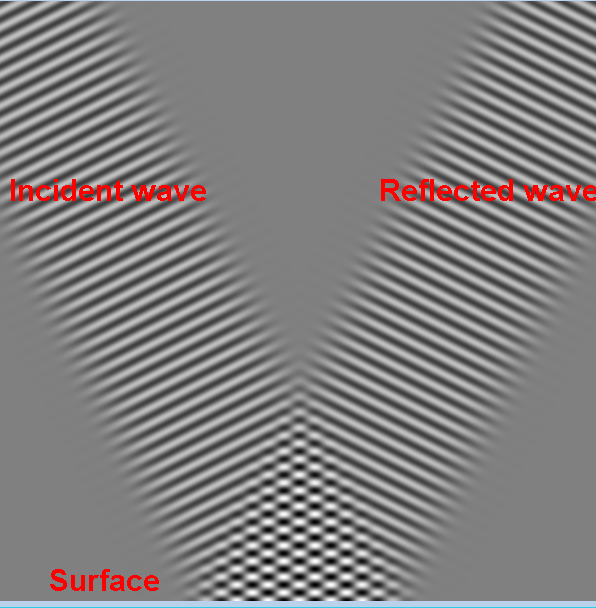 And here is the same situation as an animation.

So you are right. The reflected wave and the incident wave indeed interfere with each other. Where the incident and reflected beams overlap, we get kind of a standing wave pattern. Where there is only one beam, we have just a simple wave.

Drawing rays instead of waves is just a convenient simplification. This is valid because waves propagate in a straight direction (like rays), and waves get reflected at surfaces (also like rays).

If the incident beam had nonzero diameter, or were a plane wave, then they would interfere to form a standing wave.

But rays are an idealization, which assumes a zero-diameter beam. In this approximation, the incident and reflected waves don't overlap (except at the exact point where they meet the surface) so there is no standing wave.

Not the answer you're looking for? Browse other questions tagged optics waves geometric-optics interference or ask your own question.