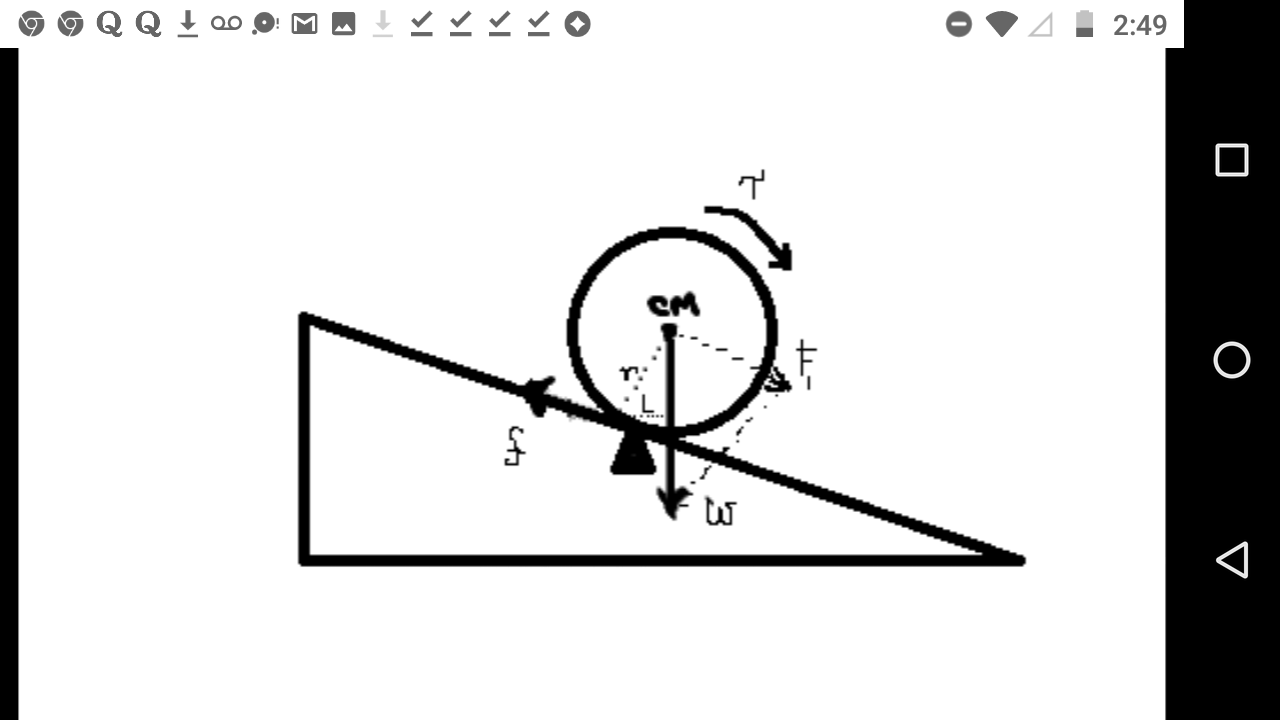 First, think about how the surfaces would slip without friction. In this case the wheel would slide down the incline without rolling. Static friction will therefore try to prevent this, and so must point up the incline.

Another way to think of it: you have assumed rolling without slipping. The only force that exerts a torque about the center of mass of the wheel is static friction, so this force needs to be responsible in causing the rotation of the wheel to match up with the linear motion so that slipping doesn't occur. If friction pointed down the incline, we would get slipping because the wheel cannot rotate according to that torque and move without slipping. Referring to your image, movement down the incline needs to be matched with clockwise rotation to have rolling without slipping.

It looks like you are considering a scenario where some other force tries to spin the wheel in the clockwise direction, but this involves another force acting on the wheel that has a torque about the center of mass of the wheel. In that case then the analysis becomes different, and the direction of static friction can depend on the magnitude and location of the force, as well as the moment of inertia of the object.

As a small note, I wouldn't put both the force and torque of friction on your free body diagram. Usually a torque on a free body diagram indicates in reality two forces that are equal but opposite that have a zero net force but a non-zero net torque. Therefore, I would just draw the friction force, not its torque as well.

A fruitful way of thinking about this is by imaging a star rolling down the inlince. (On this image the star is on flat ground, but imagine the ground being tilted.)

Not the answer you're looking for? Browse other questions tagged newtonian-mechanics rotational-dynamics friction torque equilibrium or ask your own question.

2
Friction in the case of a inclined plane