How does a quarter wave plate convert linear light to circular light? 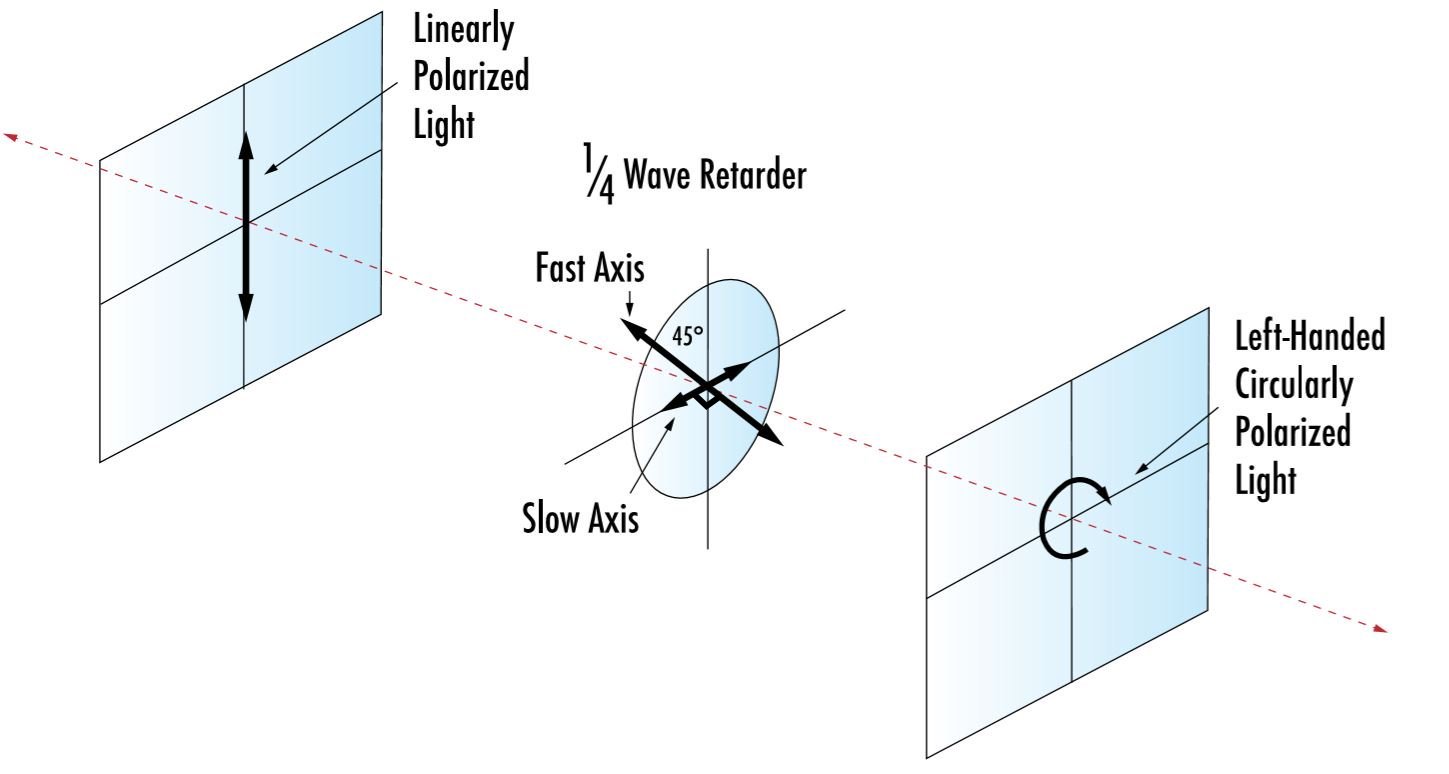 It makes sense that linearly polarised light can be formed by light of multiple axes being "filtered", converting it into to a single axis, however I do not understand how an axis can be "added back" through another filter/plate. How does this work (slow axis, fast axis, etc.) and what is the importance of 45 degrees? I would like to simply understand the process and logic behind how this occurs, rather than the math.

I have read this post on Stack Exchange, but the reasoning is fairly complicated.

I've had a look at a visualisation of what's happening when a light wave passes through the plate, but it, nor it's accompanying article seem to clearly explain how the spinning transformation is occurring for someone without experience with the concept:

Depends how deep you want to understand it. Mathematicaly, even a vertically linearly polarized light can be described by 2 diagonally lineraly polarized light beams. In that sense, it was always there, just "cancelled out". The retarder retards one diagonal component but not the other.

Quantumly... i struggle with it a bit but this video from 3blue1brown is excellent for visualising and explaining quantum entanglement and superposition. https://youtu.be/MzRCDLre1b4?t=480

Example: All of these are vertically polarized light:

Edit 2: On the top, a horizontal and a vertical polarized beams create a diagonally polarized light when superpositioned together.

On the bottom, a horizontal and a vertical polarized beams create a circularly polarized light when superpositioned together. The difference here is, that the vertical and horizontal components are not in phase.

Follow the end of the arrays. It makes a circle at the bottom, but only a line on the top.

Let me start by the meaning of the fast and the slow axes of the quarter half plate, and to do so let me compare it with a regular piece of glass. As usual let the speed of light in vacuum be $c$. Light travel in glass with a speed $v$ that is less than $c$, we write $v=c/n$, with $n$ is the refractive index and $n>1$ for glass. For a regular piece of glass this $n$ doesn’t depend on the polarization, that is, send in light with any polarization whatsoever and they all slow down by the same amount. Now, the special thing about the quarter half plat is that its refractive index does depend on polarization. Send light polarized in the direction of the fast axis and it slows down to some $v_f = c/n_f$, but send light polarized in the direction of the slow axis and it slows down to $v_s = c/n_s$, such that $c>v_f>v_s$. The fast and the slow axes are perpendicular to each other. Such a behavior is not uncommon, and it requires the atoms of the material to have some asymmetry. So for example some rod like atoms.

Let’s see how to calculate this change in phase from the two different refractive indices. The two components of the electric field move at different speeds meaning they spend different times inside the plate. This means that the slower components oscillate more inside the plate. Let $t_s = d/v_s$ and $t_f = d/v_f$ be the time the slow and fast components spend inside the plate, with $d$ being the thickness of the plate. Let the frequency of light be $f$, then the number of oscillations each component does is $f t_s$ and $f t_f$. In order to get the a circularly polarized light we need this difference between the number of oscillations to be quarter, so we need $f(t_s - t_f) = 1/4$.

You are asking for an explanation of something in terms of waves, and for the last 100+ years there has been no emphasis on looking for explanations.

Still, you ask the question. You and I would both like a picture of light waves that fits the measurements. That would be satisfying. The picture we make would not have to be truly correct. Still, if it kind of fit the data and if it made sense that would be pleasant.

We have models of light as water waves, but those do us no good because they can only give us vertical waves -- linear waves.

The slot which absorbs motion in one direction but not the other is easy to understand.

To go the other way, what we want is a kind of slot which doesn't absorb the wave in the second direction, but delays it.

How about this. Your waves travel through a springy metal cable, and for a section the cable has an asymmetric core which is a different heavier metal, some sort of alloy which makes it just as springy, but denser. 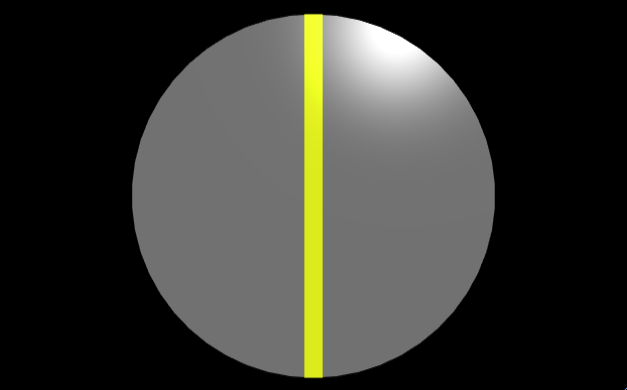 MAYBE if the cable was waving back and forth, it would go slower if it was up-and-down than if it was left-to-right.

And if so, if the special part of the cable was just the right length, then a linear wave oriented at a 45 degree angle going in, would become a circular wave coming out. A linear wave oriented to 0 degrees or 90 degrees would be unaffected. (The 90 degree wave would be delayed but you wouldn't notice that, it would still be linear.)

That's the best I can do.

Not the answer you're looking for? Browse other questions tagged waves visible-light polarization or ask your own question.