Can a divider "laminarize" turbulent flow and thus reduce friction?

Looking at the Moody chart I think to myself, the friction factor doesn't decrease much at all with Reynolds number after a certain point. I wonder if laminar flow is more efficient in a sense, and what sense would that be? 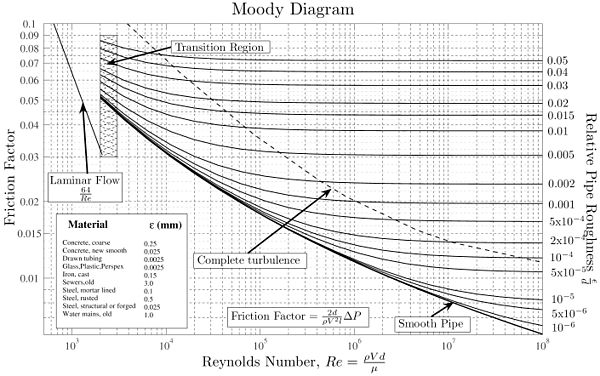 I understand that in laminar flow you have clear lines that the fluid doesn't cross, whereas that wouldn't be true in turbulent flow. We could imagine a pipe with a divider placed in the middle to keep the fluid from mixing in eddies, but that would just create more friction with the divider. There are thinkable cases, however, where you could introduce a divider that moves along with the fluid, in particular, the Taylor-Couette flow...

This setup describes basically one cylinder rotating within another cylinder with a fluid in-between them. 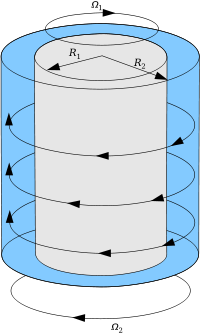 Let's say that you kept the fluid the same, and the distance between the inner cylinder and outer cylinder the same. In that system, let's say you insert a divider at a radius in the middle of the annular area, and this divider was mostly buoyant in the fluid, so it's not experiencing friction on the edges, and it also is free to rotate with the fluid.

Would doing so actually reduce the frictional torque on the rotating inner cylinder? If you could introduce an infinite number of infinitely thin dividers is there a theoretical limit to how much you could reduce the retarding torque? Would that just make it laminar, or laminar-ish?

YES. It can "Laminarize" the flow. And this will reduce the friction too.

If I think adding infinite number of infinitely thin dividers, we are then actually reinforcing the fluid like concrete is reinforced with steel. In praxis we are actually just changing the viscosity of the fluid, which -obviously- makes it less turbulent. Study hydraulic fluids/oils; Their main character is the constant visocosity over a wide range. Possibly low, that there is least viscous losses, but enough high that there is no foaming tendency.

It should be noted that the Laminar flow conditions can be hold up to Re > 150 000, and there actually isn't any upper limit for Laminar flow. (ie.. Ven Te Chow, Open Channel Hydraulics)

I think that if you can Increase viscosity, and decrease surface tension, you can reach this kind of flow state really easily. There is a good old video about the issue here; https://www.youtube.com/watch?v=1_oyqLOqwnI&list=PL0EC6527BE871ABA3&index=12 They say there the same; over Re> 100 000 laminar flow is possible. (~8 min 25 s)

I actually claim that there is no Causality between velocity and Turbulence. It's just a correlation. And thus Reynolds number is actually quite meaningless. More info about this idea is provided here; https://www.youtube.com/playlist?list=PLgUc9kJnDMMExJivT2dWh9dAjdYYUgOFE

Not the answer you're looking for? Browse other questions tagged turbulence fluid-dynamics or ask your own question.

5
Can we 'see' the Kolmogorv microscale
3
Is it possible to generate one half of a Karman Vortex Street?
5
What happened here in this Taylor-Couette Flow experiment?
3
From where does irreversibility arise in the Navier-Stokes momentum equation?