I have been studying QFT from Timo Weigand’s lecture notes and in the chapter ‘Quantisation of spin-1 fields’, he describes the Feynman rules for QED and after some examples, there is subsection named ‘Non-linearities’, where it has been written that loop diagrams induce an interaction between the photons and as an example, at one loop photons scatter due to a process of the form 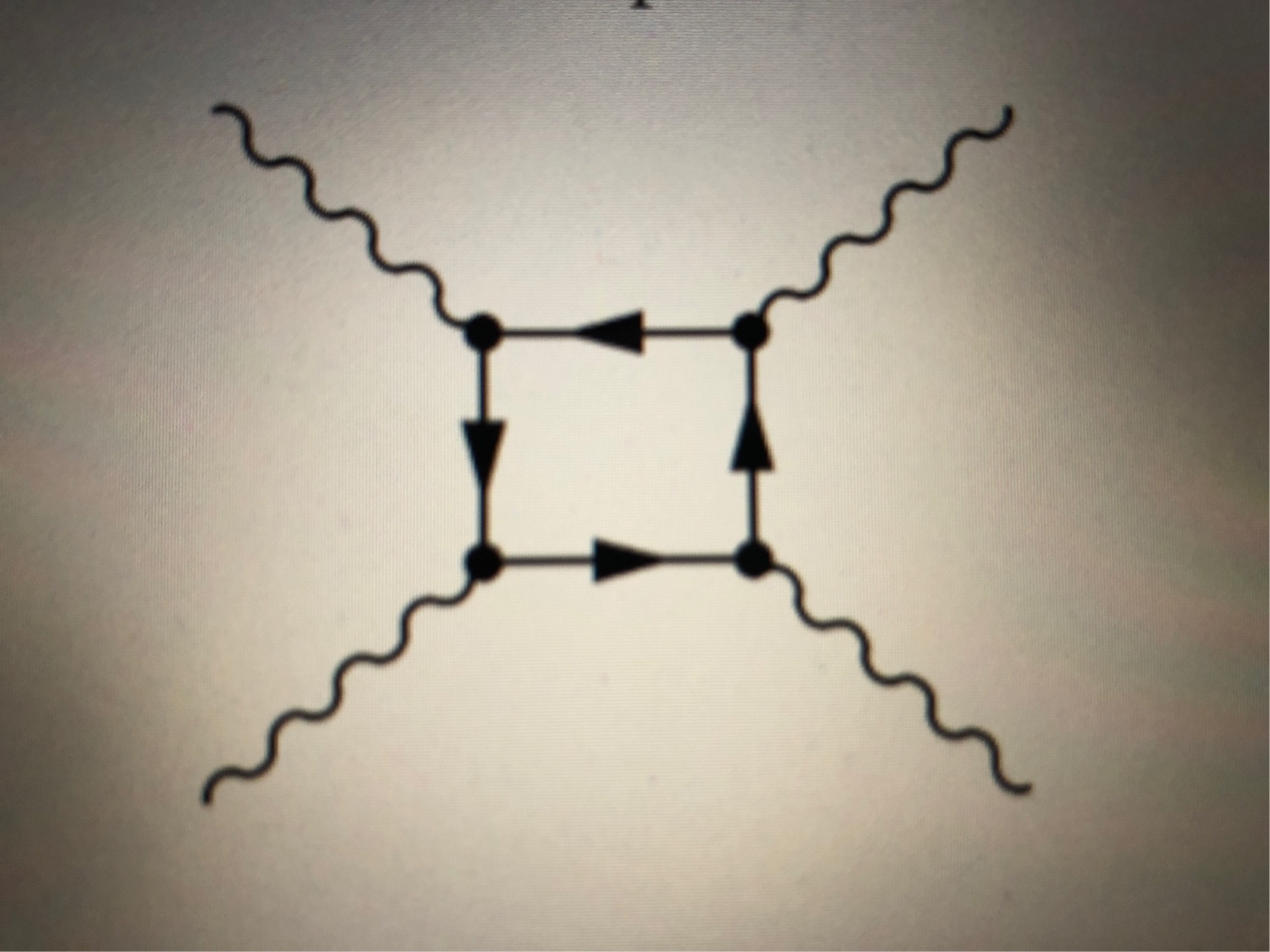 Timo Weigand is referring to the fact that Maxwell's equations are linear (inhomogeneous) PDEs, or equivalently, the Maxwell action is quadratic in the photon field. For the photon field to be interacting at the classical level, the action should contain cubic or higher terms, which it doesn't.

Not the answer you're looking for? Browse other questions tagged electromagnetism photons quantum-electrodynamics non-linear-systems linear-systems or ask your own question.

1
Non-linear dynamics of classical hydrogen atom
2
How does the linearity of the Schroedinger equation reflect the interactions?
16
In classical physics (classical electrodynamics), why linearity of Maxwell's equations prevent interaction of electromagnetic waves?
0
How the magnetic moment of subatomic particles is a prediction of QED?