If we add both of these for the body shown in the figure then we should get its total kinetic energy at a particular instant. 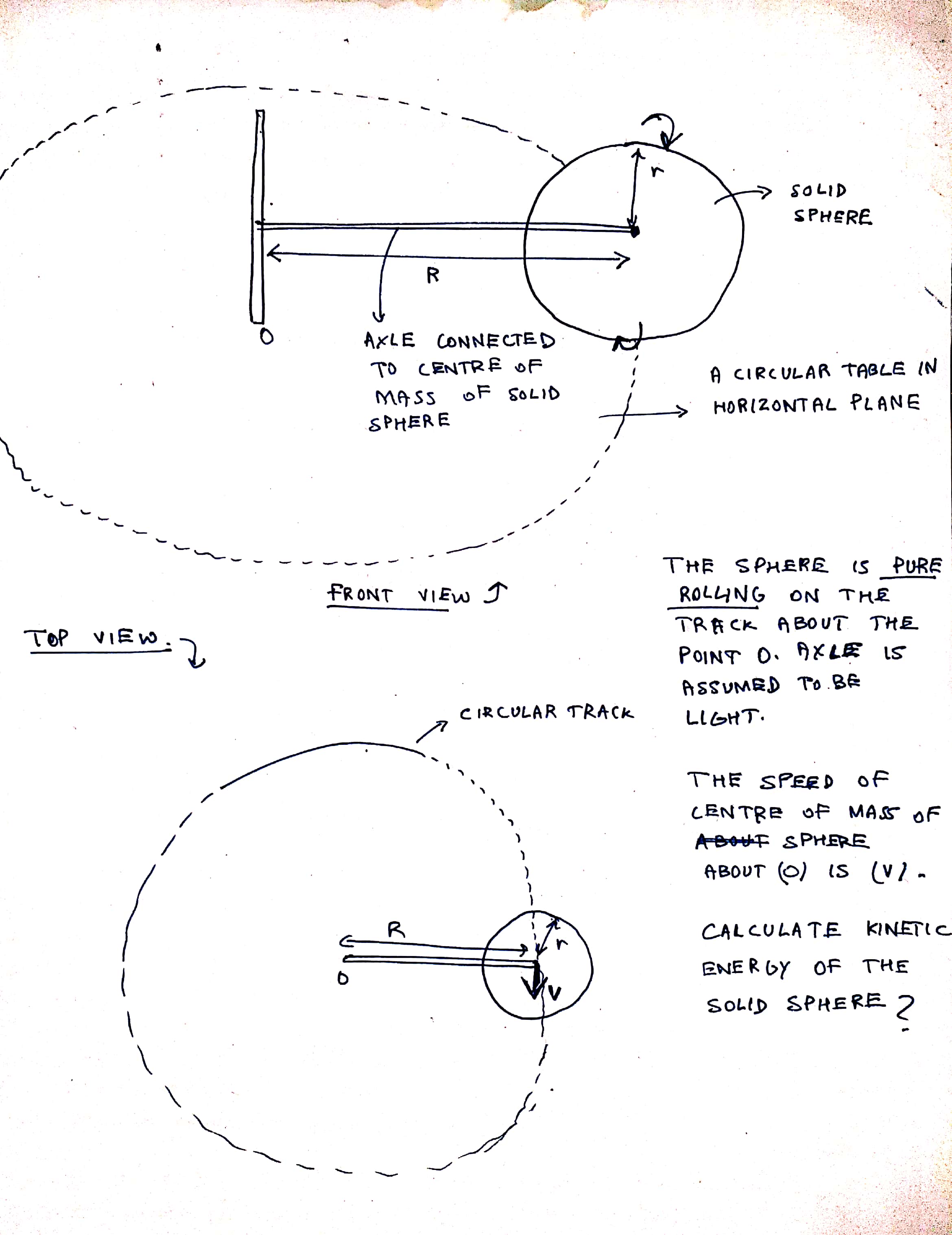 this should be a generally applicable formula because I have seen the derivation and it seems to be applicable for any rolling body...

But it is yielding the wrong answer in this case..can anyone please tell me why?

P.S : Sorry for bad circle in the top view. 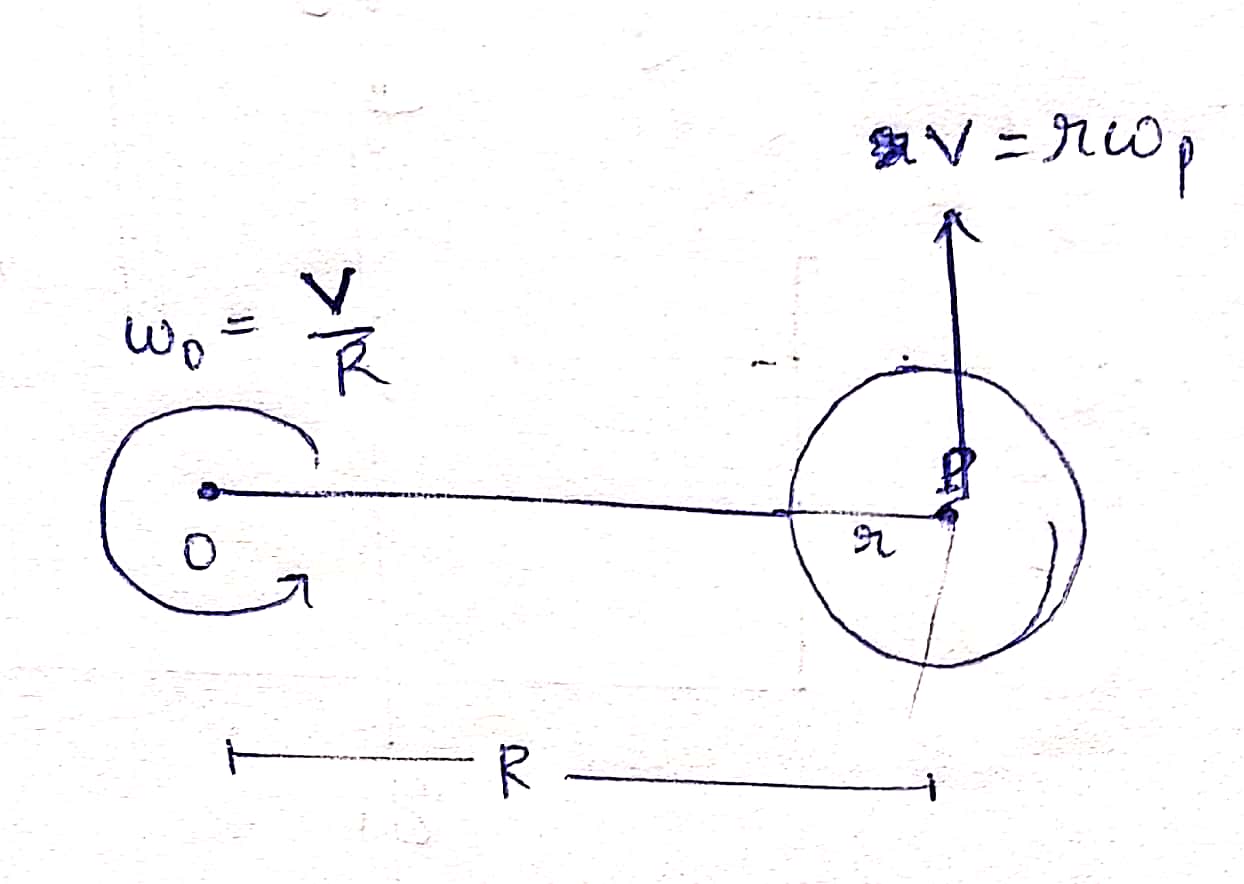 which is the correct result.

Kinetic energy equal to $\frac{1}{2}mV^2$, in general is not true for bodies having finite dimensions in non rectilinear motion. Use parallel axis theorem to find $K.E.$ for the revolution of the sphere. However if the sphere was point size then I think your point is valid.

Imagine another, simpler problem. It's almost the same, but the sphere is not rolling on a table. It is sliding along it.

It's kinetic energy would not be $V^2/R$. Because the sphere is actually rotating - you will see it if look at the sphere from above!

Formula $E=mv^2 + I\omega^2/2$ (where $v$ is the velocity of center of mass) is correct. In this particular problem it is very easy to make a mistake calculating the angular velocity $\omega$ and so get incorrect final answer.

Looks like the axle of rotation of the sphere at any moment is $OP$ - the line which goes via $O$ and center of the sphere $P$. But this is not actually so!

In the original frame of reference all these points should have the same velocity (same as the velocity of the center of mass).

But clearly the velocities of different points of sphere located along the axle $OP$ are different - further from $O$, bigger the speed. So, $OP$ is not the axle of rotation of the sphere!