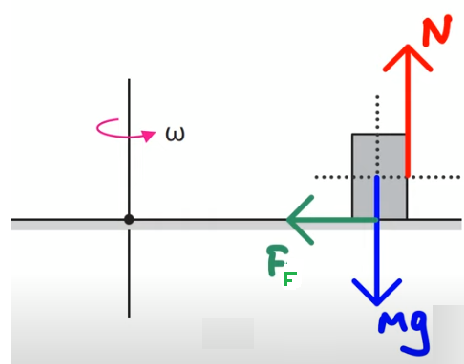 Then, if the disc is spinning fast enough to be just to topple the solid, the force will be acting in the furthest point in can, as it is shown in the graphic.