In this article they show the following diagram: 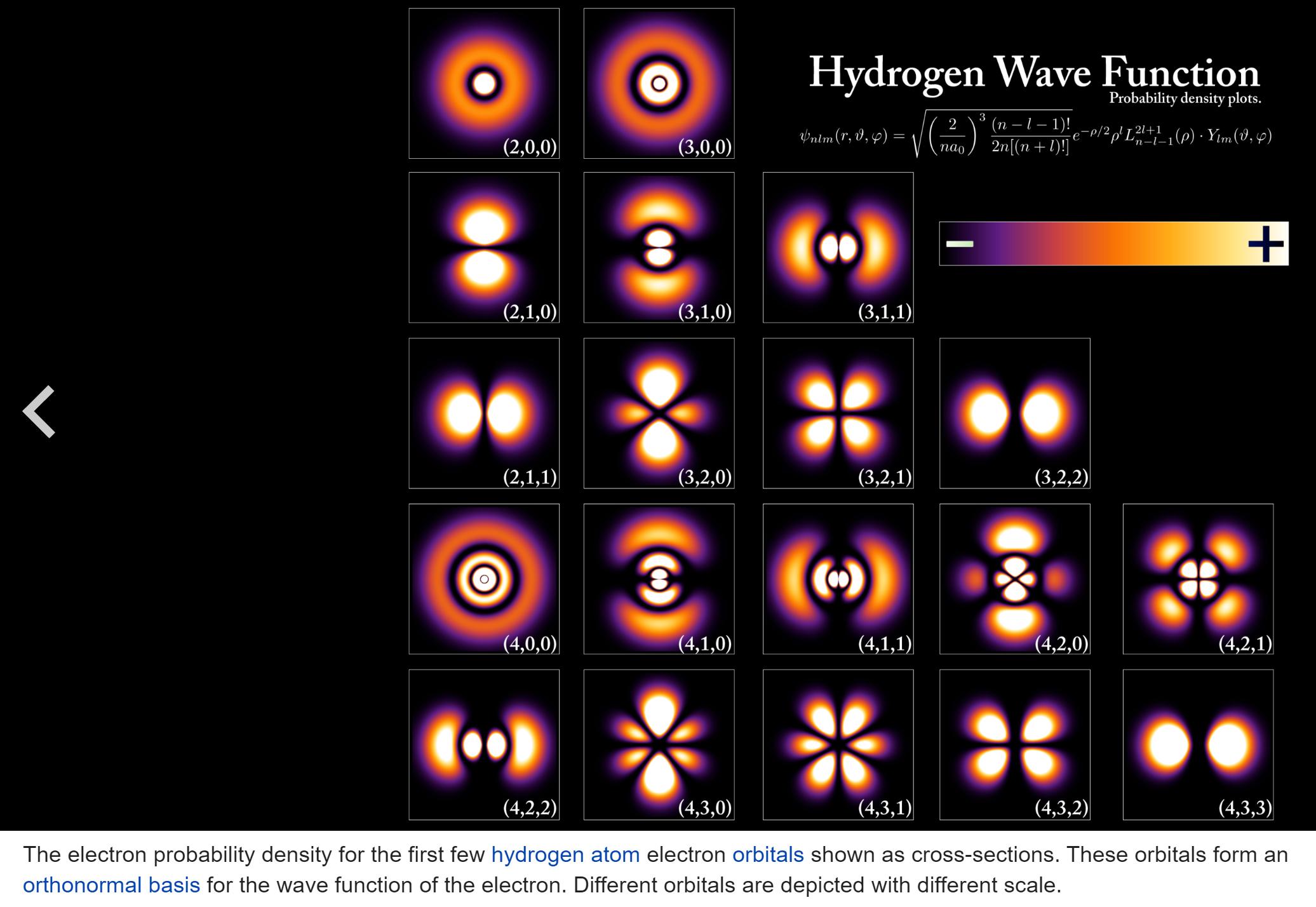 They are not Gaussian functions. The wavefunction is actually given in the top right corner of the diagram. You can see that it's the product of an exponential $e^{-\rho/2}$, with a radial function $\rho^l$, multiplied by two "special" functions; the $L$ is a generalized Laguerre polynomial, and the $Y_{lm}$ is a spherical harmonic. The probability density is the mod$^2$ of this function. The integers $n$, $l$, and $m$ are quantum numbers that specify each orbital, and are written in the brackets underneath each plot.

Are all the diagrams in the little boxes really just Gaussian probability density functions with mean and variance (or covariance)?

Well, you could approximate them with Gaussian-like densities, but that'd be a poor approximation. In fact, Gaussian function is the ground state of the quantum harmonic oscillator (SHO), so you'd be modelling your hydrogen atom as a system of electron and nucleus connected by a spring (similarly to Hooke's atom, but with only one electron).

Excited states of SHO would, additionally to the Gaussian function, be multiplied by Hermite polynomials and spherical harmonics.

If not, what kind of density functions are these? Is there a name?

They are composed of functions of two named classes:

Not the answer you're looking for? Browse other questions tagged quantum-mechanics electrons wavefunction hydrogen orbitals or ask your own question.

8
How do orbitals exist in an atom?