Why does surface tension act towards the centre of an air bubble in water?

To build intuition, let's replace the water surface by an elastic surface (rubber or any other easily stretchable material). This works because of the similar nature of surface forces of water and the elastic surfaces. So now, the water drop is converted to an air filled balloon. Now, from experience you'd already know that the balloon feels a force towards the center which is balanced by the air pressure inside. The case is similar for a water drop.

First let's analyse the 2D analog of a sphere, circle. Imagine a stretched rubber band in the shape of a circle. In this case, as explained above, the forces are between the surrounding particles and thus along the tangential direction to the circle. Now let's analyse a very small section of that circle. See the figure below: 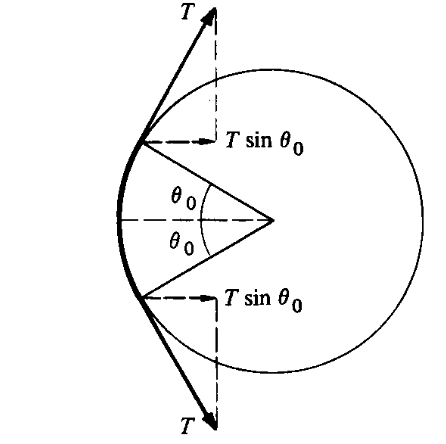 Now let's compute the component of tension in $x$ and $y$ directions:

As you can see that the vertical component of the tension cancels out and only the tension along the center remains. As evident, this is true for any segment, and thus all the parts feel a force towards the center.

Now let's translate our above understanding to the 3D version i.e. a sphere. I won't do the exact proof for you here because it's just an extension of the above proof and will be more insightful if you do it yourself. An image to help you out: 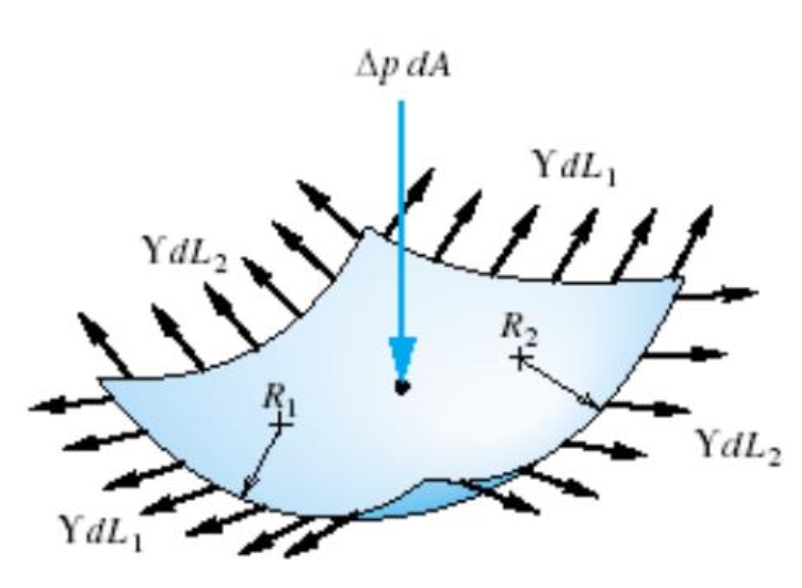 This is an image of a general surface. However, for the case of a sphere, you can assume $R_1=R_2$. Now as we did above, try taking the components of the tension in the $x$, $y$ and $z$ directions. Use symmetry to find out which components cancel and which ones add. You'll find out that only the forces acting towards the center of the sphere remain, while the others cancel out.

Note: Only the forces at the boundary matter. The forces inside the boundary and on the surface are internl forces if we consider the whole surface as our system, and thus they cancel out.

Not the answer you're looking for? Browse other questions tagged water surface-tension liquid-state or ask your own question.

1
Calculation of tension in a loop with force acting outwards